China Blesses the Rains Down in Africa 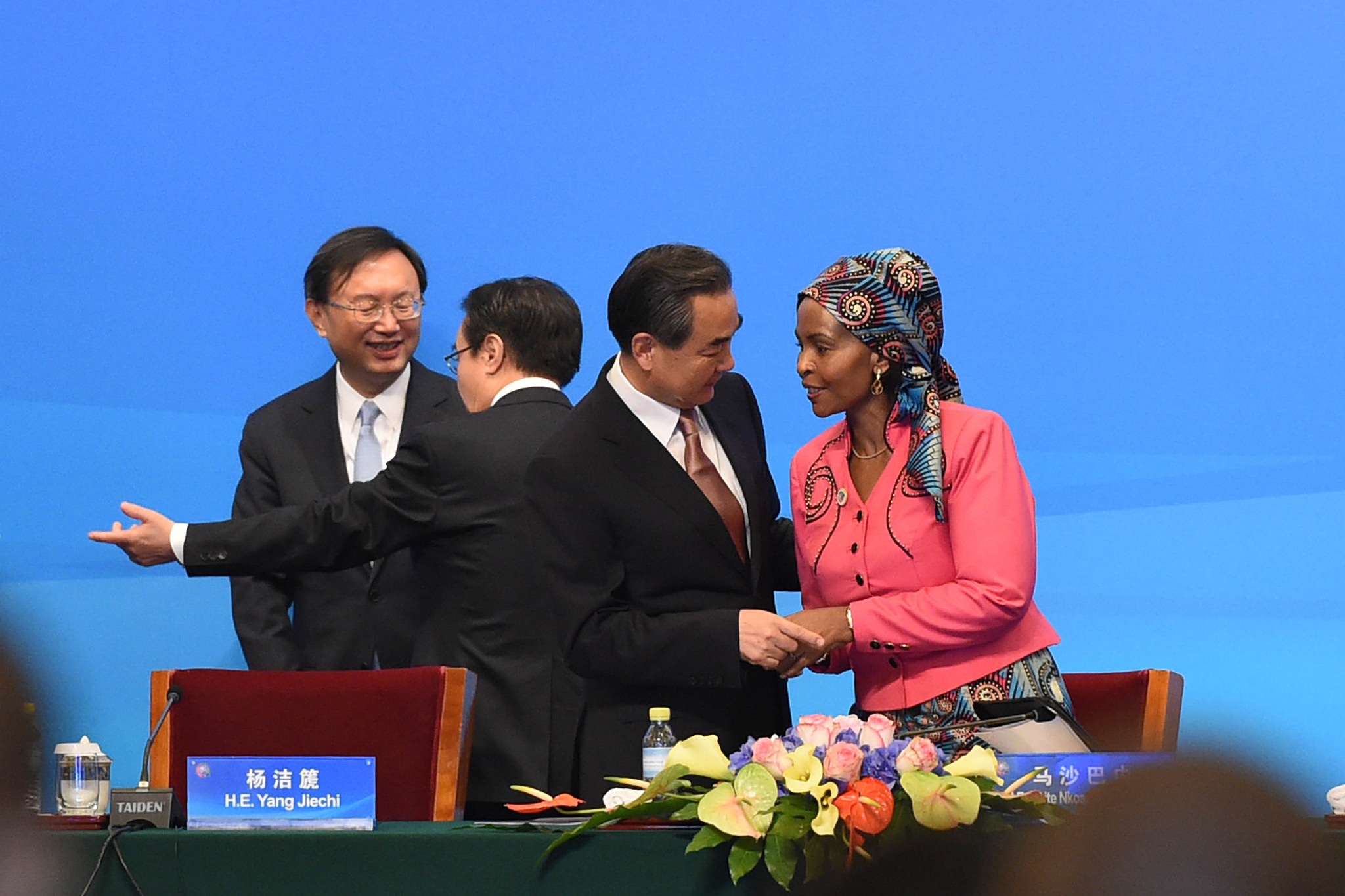 The PRC hosted the inaugural China-Africa Defense Security Forum in Beijing, China from June 26 to July 10. The forum gathered senior African defense officials and military officers from 49 African countries and the African Union (AU) with leaders of the Chinese national army, navy, and air force to watch displays by Chinese soldiers and to inspect military hardware, among other activities. The forum itself focused on African security issues and the development of Africa's own security capacities, in addition to mutual cooperation. The specific agreements resulting from the forum are, in some respects, less important than the fact that the forum took place at all. This event helps tie together China’s broad interests in Africa and elevates its stature, particularly in terms of soft power.

Not surprisingly, China is interested in Africa’s natural resources (notably oil and minerals) as well as its consumer markets. China surpassed the U.S. as Africa’s largest trading partner in 2009 and is also the largest bilateral financier of infrastructure projects, notably rail, ports, roads, schools, airports, hospitals, stadiums and power stations in the African continent. This level of financing does raise a concern for Africa that many other countries along the Belt and Road Initiative also face: “debtbook diplomacy.” Although the forum is military in its focus, it still allows China to cultivate trust and a sense of long-term engagement, helping to assuage fears of predatory lending and exploitation.

China holds a unique niche in its economic relations with African countries in that it has lower standards regarding democratization, transparency, and corruption than do the U.S., European Union, or Japan. These lower standards allow China to provide financing and engage economically in other ways to fill the economic voids that Western countries and institutions leave as a result of their stricter regulations. Moreover, China promises non-intervention in domestic affairs; only requiring adherence to the One China Policy. This contrasts with Western partners that often view political reform as a necessary first step of economic development.

Where capital and labor flows, the means of protecting it invariably follows, and China is no exception to this dynamic. In addition to opening a military base in Djibouti in 2017, China is the biggest contributor of UN Peacekeeping resources (including medical and engineering teams and food supplies) on the African continent of the five permanent members of the UN Security Council. China has even suffered fatalities in these missions. Also, Beijing, using state-and privately-owned firms such as NORINCO, has been gaining ground as one of the top arms suppliers in Africa. China has also participated in live-fire military exercises on the continent and is active in capacity-building with multiple African militaries. Moreover, in 2015, President Xi Jinping pledged to provide “$100 million of free military assistance to the African Union in the next five years to support the establishment of the African Standby Force and the African Capacity for Immediate Response to Crisis.” The scope and scale of this forum builds upon these past cooperative efforts and takes China’s military relations with countries on the continent to a higher level.

Cooperation is not confined to military and economic issues. China is increasing its diplomatic engagement with countries in Africa and is beginning to abandon its policy of non-interference in the affairs of other nations: China is positioning itself to remove Taiwan’s lone remaining diplomatic partner in Africa— eSwatini (formerly Swaziland) —after Burkina Faso switched diplomatic recognition from Taiwan to China in May 2018. Beijing certainly seeks African support in the United Nations and World Trade Organization and ties recognition of the One-China policy to development deals.

Interestingly, this is not Beijing’s first dip into the diplomatic forum waters; the Forum on China-Africa Cooperation has existed since 2000 and was recently upgraded to a summit in 2018. Preceding that development, in the 1950s, China was a leader in the non-aligned movement and actively courted newly-liberated African countries.

China is also a very popular destination for African students. However, China’s recent military focus, and the scope and scale of attendees and visits to African nations is rather unprecedented.  CGTV has a robust presence in Kenya. China is a large provider of medical assistance, most notably in the fight to contain Ebola outbreaks. Movies such as “Wolf Warrior II” send a message of China being a savior in Africa, as opposed to a colonial/neo-colonial exploiter. China’s presence is not without strife, however. Its activities have resulted in conflicts over fishing and other natural resource exploitation, illicit wildlife trafficking, micro-economic damage with local manufacturers and retailers, as well as labor, safety and environmental violations. Notwithstanding these conflicts, China enjoys a generally positive reputation in Africa. In other words, China’s economic largesse, military cooperation and efforts at presenting a friendly face are generally paying dividends, despite numerous costs for many Africans.

Conclusion – Hurry China it’s Waiting There for You

This forum is a step forward for China’s relations with African countries for two reasons. First, it creates a new avenue of Chinese interaction and influence with African leaders. Economic and diplomatic relations are already strong, but a new dialogue of military diplomacy is the next logical step for exerting influence. It helps make China not just a supplier of arms and peacekeepers, but the potential partner of choice for military training and engagement and even a possible influencer on military development. Furthermore, this could be extended beyond individual African countries to the AU as well, especially as it is highly likely that this forum will be a re-occurring event.

Secondly, the forum provided China with unprecedented opportunities for diplomatic influence and soft power cultivation. Unlike with the Association of Southeast Asian Nations, China is not compelled to deal with countries at the bilateral level to play divide-and-conquer; it is not a latecomer to a community or region, having to find avenues of influence around pre-established power dynamics. In other words, China is present at the creation of this collective. China is organizing African militaries’ interactions with it in terms that are more advantageous than ever before. Beijing is helping establish itself as the conductor of this orchestra. This helps to propel China into a greater role as a global leader.