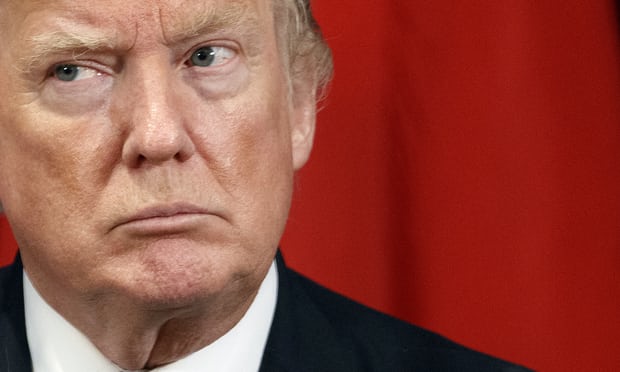 In his recent speech at the UN, President Donald Trump hinted at the future direction of US strategy. Here are the key takeaways.

Trump emphasized the importance of the nation-state in the international system. He proposed strengthening cooperation and coordination among countries to address international challenges. “Strong, sovereign nations let their people take ownership of the future and control their own destiny”, he said, describing the nation-state as “the best vehicle for elevating the human condition”. This means the US will focus on dealing with nation-states rather than non-state actors.

Second, Trump’s international strategy may be increasingly dependent on military might. In his speech, Trump reminded other world leaders that the US had just allocated nearly $700 billion to military and defense spending, so the US military “will soon be the strongest it has ever been.” He warned North Korea that the US was prepared to “totally destroy” it in defense of itself or its allies.

Trump also reproduced the “us” versus “them” dichotomy. He divided the world into “the righteous many” and “the wicked few,” and spurred the former to act. “When decent people and nations become bystanders to history,” he said, “the forces of destruction only gather power and strength.” This is very similar to the way former President George W. Bush spoke. This may mean that the US is now seeking moral legitimacy from the international community for military action.

Third, there are signs of an emerging democracy strategy. Although Trump has repeatedly said that advancing democracy on foreign soil is no longer a US foreign policy priority, that doesn’t mean he won’t end up doing so. In fact, US strategy on democracy is not determined by the preferences of the president, but its bureaucracy, political culture, and diplomatic traditions.

Trump’s stance on democracy is now moving closer to Barack Obama’s. In his speech, Trump said the United States would “not seek to impose our way of life on anyone,” but would instead “let it shine as an example for everyone to watch.” This was very similar to what the Obama administration said. Its 2010 National Security Strategy report said that “America will not impose any system of government on another country,” but would advance freedom and democracy through the power of its example. However, this gentle and prudent approach to democracy promotion did not last long. When the Arab Spring broke out, the US began to intervene on a large scale to boost the so-called the “wave of democratization” in the Middle East, even with military force.

The Trump administration does not lack willingness to promote democracy, it needs only the right opportunity and a suitable target. Trump’s speech may provide hints about what that might look like. He referenced the turmoil in Venezuela, saying that Venezuelan democratic institutions are being destroyed. He described the situation as “completely unacceptable” and said that America could not “stand by and watch.” “As a responsible neighbor and friend, we and all others have a goal…to help [Venezuelans] regain their freedom, recover their country, and restore their democracy,” he said. “We are prepared to take further action if the government of Venezuela persists on its path to impose authoritarian rule on the Venezuelan people.” Evidently Trump’s foreign policy is becoming more assertive, even aggressive. His speech seems to indicate that the US is ready to shape the world by all means at its disposal.

Trump’s speech is also full of contradictions. On the one hand he emphasized the importance of sovereign states and claimed that the United States would not impose its way of life on others. On the other, he expressed willingness to intervene in Venezuela’s internal affairs. He described his policy of principled realism as seeking cooperation with countries regardless of ideology, but he also said it was rooted in shared goals, interests, and values. An illogical but ambitious American diplomatic strategy could bring more risks and uncertainties for itself and the world.

Donald TrumpUnited NationsInternational Order
printTweet
You might also like
Back to Top
CHINA US Focus 2018 China-United States Exchange Foundation. All rights reserved. Disclaimer