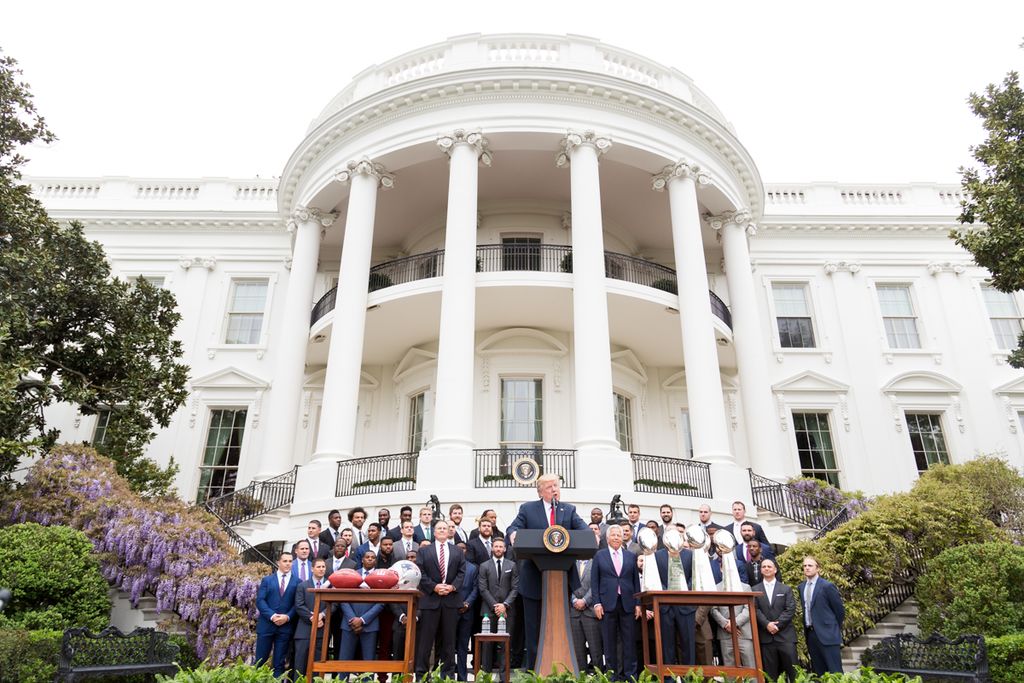 Days before the leaders of North Korea and South Korea met for the first time in more than a decade, US president Donald Trump tweeted to remind people what China has done to help make progress on the Korean peninsula. But not many people paid attention to his rhetoric. Given that China and the US are having fierce disputes over trade issues recently, Trump’s sweet words didn’t bring much optimism to bilateral relations. Trump is definitely an unconventional US president in many ways, including when it comes to China policy. There are special challenges to understanding his policy. However, as he has been in office for nearly one and a half years, and much has been said and done with regards to China by his administration, and government officials of the two countries have also interacted a lot, we can now be more confident of the US’ China policy. Generally speaking, one can look at the policy at three different levels.

First, the personal level. Trump likes to talk and tweet. What is unique about him is that he talks in a different way from his predecessors, whose styles were familiar to Chinese. The words of previous presidents communicated their messages. But with Trump, who flipflops and contradicts himself frequently, and jumps from one issue to another, things are different. He can be very emotional in expressing both favorable and unfavorable feelings, which some believe comes from his experience as a businessman. Ever since his victory in the 2016 election, he has said a lot concerning China. His words cover a wide range of issues, from trade to Taiwan to North Korea. While some of those words are very tough, some are rather warm, and the tone can change very quickly without warning. So, signals are mixed. An analysis of his language won’t give people much of a clue of his true feelings. As US president, his words do matter, but not as much as they are supposed to. Instead of looking for predictability in his rhetoric, maybe it’s better just not to follow it too closely.

The second is the team level. Despite some positive and hopeful messages now and then, China has mostly been seen as a problem by the Trump administration. China was labeled America’s top challenger in official documents like the National Security Strategy report and the National Defense Strategy report. On trade, the administration launched Section 232 and 301 investigations against China, and has announced heavy tariffs on goods imported from China, raising fears about a possible trade war between the world’s two biggest economies. The Trump administration has lately decided to severely punish Chinese telecom company ZTE, something seen as a move to block high technology transfers to China. On the most sensitive issue in bilateral relations, ignoring China’s strong opposition, Trump signed the bills passed by the US Congress to strengthen ties with Taiwan, playing with fire over China’s core national interest. Compared with these actions, Trump’s rhetoric is less important. As a matter of fact, the atmosphere of overall bilateral relations has been at a record low for decades. While Trump is an arbitrary boss, he didn’t do all those things singlehandedly. For example, on the hottest trade issue, so far what the administration has done is very much in line with the views of those who hold rather populist and protectionist positions. Trump put people like Peter Navarro on his team to play tough roles against China. And with the addition of Mike Pompeo and John Bolton, who are well known for their hardline stances, people have more reason to worry about the willingness and capability of Trump’s team to steer the relationship in a positive direction.

The third level goes beyond the other two. It is the US strategic thinking about China. As China rises rapidly, America has been feeling uncomfortable for quite some time. The hope Americans once held, that when China’s economic development reaches a certain point, it will change politically and behave “responsibly” as America and the West define it, has gradually disappeared, replaced with the fear of major power conflict, exemplified in the concept of the “Thucydides Trap”. In almost every major area, America complains about China. China is depicted as taking American jobs, stealing intellectual property, bullying its neighbors, and violating international rules. This kind of discontent and anxiety towards China has accumulated for years among Americans. So it’s not only Trump and his team, they just rode the wave. Whoever won the 2016 election would be expected to have a rather hostile attitude toward China. Even if Hillary Clinton was sitting in the White House today, the only difference would be the issues she chose to prioritize. Instead of imposing heavy tariffs on Chinese imports, America could be pressuring China over South China Sea issues, human rights, and using tools like the TPP, regional military alliances, and international institutions against it. The longstanding consensus in America is that it should abandon the old ways of dealing with China and treat it as a serious strategic competitor and challenger.

Among the three, Trump personally is certainly the most decisive factor. However, given his personal experience, way of thinking, and pattern of behavior, it is legitimate to ask if he has a strategic long-term vision about China and US-China relations in a conventional sense. Doubtless, the members of his team have. In that case, Trump, the president and the commander-in-chief who has the final say, may not always be the most important person to his administration’s China policy. He relies on advice and expertise more than his predecessors did. So those who have his ear will be very influential, so long as they can keep their jobs in his administration.

Many people believe America needs to treat China in a new way but don’t have a clear idea of what the new policy looks like. For them, Trump’s strength is his ability to think outside the box and willingness to do things others won’t, and his not being afraid to be called an amateur. Maybe he will succeed. China is certainly different from any other competitor America has seen.

US China PolicyDonald TrumpTrump Administration
printTweet
You might also like
Back to Top
CHINA US Focus 2018 China-United States Exchange Foundation. All rights reserved. Disclaimer