Strive for “Mutually Adaptive” Interaction with the U.S.

The news that Chinese and US leaders may meet in April has attracted global attention. A new round of China-US contacts has actually begun since Trump assumed office. The phone conversation between Trump and Xi Jinping on Feb 10 marked the formal start of high-level bilateral communication in the Trump era. Following that, high-level contacts began both face-to-face and over the phone. 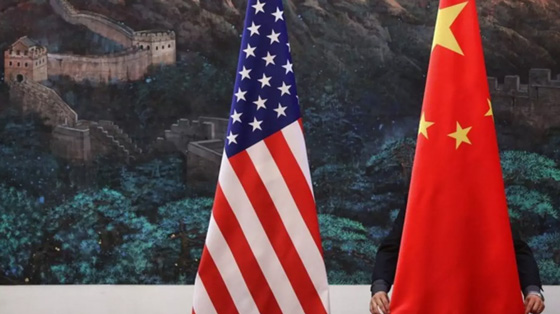 Still, we need to remain cool-headed over the challenges the Trump administration may bring about, and wait and see how things will actually evolve. First is the Trump team’s attitude and approach to relations with China. The Trump team has taken a generally tough attitude when it comes to ties with China, and such an attitude has extended to economic and trade as well as geopolitical and ideological aspects, at different levels. Additionally, there are relatively more green hands in the Trump team who are just becoming familiar with their job functions, and they tend to ignore set rules and protocols. The tough attitude and behavioral changes may make two-way communication difficult in the early stage of the new administration, impeding the formulation of an efficient mode of operation between the two countries’ diplomatic teams.

There are also the challenges in economy and trade. Implementation of Trump’s economic policies will extensively impact the Chinese economy as well as China-US economic and trade ties. The economic stimulus program Trump proposes and the anticipated rate hikes will make the US dollar even stronger, increase pressure on the yuan to depreciate, and exacerbate capital flight from China. His policy to rejuvenate manufacturing will result in some American capital in China flowing back home. More important, the tough actions the Trump administration is anticipated to take on trade issues will intensify trade frictions, and have the potential to escalate into a trade war. In investment, Trump may also ask China to open further to American capital based on the principle of “mutual benefit”, and may threaten to restrain Chinese investment in the US. Intellectual property protection (including “online trade secret theft”) may also become Trump’s excuse for pressuring China in economy and trade.

Finally, there are security challenges. Following the principle of “peace through strength”, the Trump administration is determined to increase input in national defense and upgrade US military capabilities, which may further enhance US military superiority over China, imposing greater military pressures on China in the Western Pacific. Meanwhile, the dominance of military hawks in the Trump team may lead to more aggressive moves in the South China Sea and worsen the China-US standoff there. Once a crisis occurs between China and the US (or China and Japan) in the East or South China Sea, the US side may take tough, radical actions and increase risks of military conflict. The Trump administration may take forceful actions against North Korea, which will also escalate friction between China and the US. Since the Trump administration pursues a policy of off-shore balancing against China in the Western Pacific, it will encourage Japan to develop military capabilities, and strengthen containment of China. Japan’s right-wing conservative forces, with Shinzo Abe as their frontman, on the other hand, will take advantage of the opportunity to rapidly upgrade Japanese military prowess and enhance strategic containment of China in the region. That not only means China-Japan relations will remain chilly and in impasse, but also means higher risk of China-Japan maritime conflict.

Judging from past experiences, China-US interaction generally had three modes: First is mutual adaptation. China and the US engage in interaction in a prudent and pragmatic manner, either party may take the initiative in the process. They adapt to each other, make adjustments throughout, promote cooperation, avoid conflict, and formulate a benign mode of operation.

Second is conflict. Both sides stick to and proceed with a series of mutually contradictory policy goals, neither is willing to make necessary compromise and adjustment, in the belief that they can force the other to compromise or adjust, which result in constant conflicts. Unable and unwilling to conduct meaningful communication, coordinative behaviors between the parties mainly take the form of damage control in cases of conflict, a passive mode of operation.

Third is an active-passive mode – the stronger party dominates agenda-setting and the way of interaction in bilateral relationship, while the weaker, unwilling or unable to maneuver on equal footing, chooses to fulfill its own interest goals through gaming in the process of interaction. Since the stronger can display proper concern for the latter’s interests, bilateral ties can avoid major conflicts. In this mode, the parties can communicate smoothly and share stable anticipations regarding mutual interaction. Bilateral relations are by and large predictable, but lack equity.

Under today’s new conditions, China should strive to make “mutual adaptation” the basic mode of China-US interaction. The Trump administration’s various new characteristics may come as fresh challenges for the Chinese side to manage bilateral ties. Yet compared with the past, present-day China has more resources, richer experiences, and stronger capabilities for strategic maneuvers in dealing with China-US relations.

For good relations in the Trump era, China should strive for faster, hassle-free transition into a new phase. But considering the past experience, that the two parties would not know each other well enough through sometimes less-than-friendly encounters, China must be prepared to face an uglier reality.

However, the Trump administration’s China policy is still in the works, and it is not to sabotage China-US relations. Instead, it may aim to extract maximum benefit from the relationship. However, if the US side asks for too much, or employs a wrong approach, China must fight back resolutely. Reasonable, calculated and restrained counter-moves may promote the other side to adjust its policies.

After its relations with the new administration embark on a normal track, the Chinese side should also try to continuously guide the other in interaction. In order to “make America great again”, Trump needs to collaborate with China economically. Economic mutual benefits and win-win cooperation are important drivers for good relations in the Trump era.

Xi JinpingDonald Trump
printTweet
You might also like
Back to Top
CHINA US Focus 2018 China-United States Exchange Foundation. All rights reserved. Disclaimer