The Logic of U.S.-China Competition 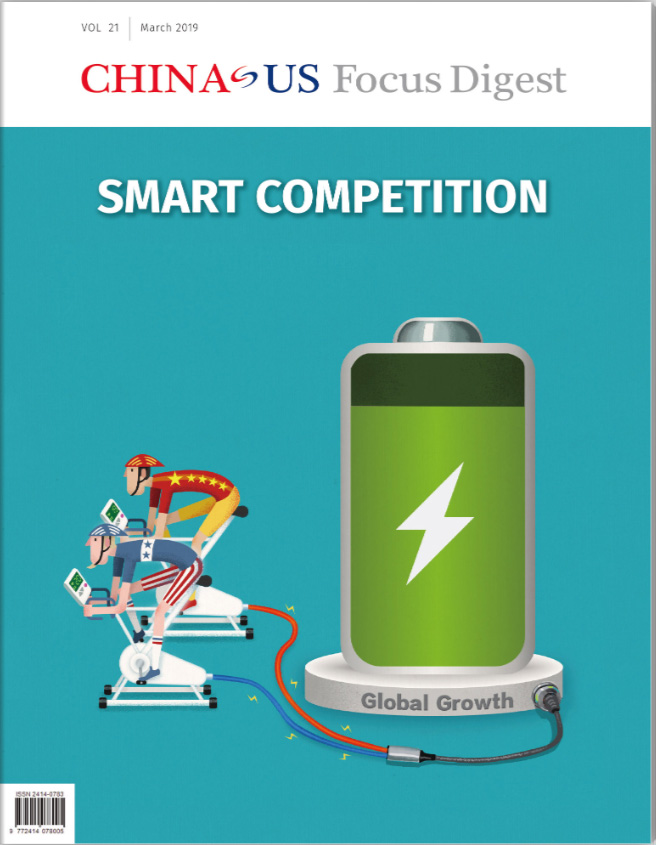 In his recent address to the US Congress, President Joe Biden warned that China is deadly serious about trying to become the world’s most significant power. But Biden also declared that autocrats will not win the future; America will. If mishandled, the US-China great-power competition could be dangerous. But if the United States plays it right, the rivalry with China could be healthy.

The success of Biden’s China policy depends partly on China, but also on how the US changes. Maintaining America’s technological lead will be crucial, and will require investing in human capital as well as in research and development. Biden has proposed both. At the same time, the US must cope with new transnational threats such as climate change and a pandemic that has killed more Americans than all the country’s wars, combined, since 1945. Tackling these challenges will require cooperation with China and others.

Biden thus faces a daunting agenda, and is treating the competition with China as a “Sputnik Moment.” Although he referred in his address to President Franklin D. Roosevelt and the Great Depression, and avoided misleading cold-war rhetoric, an apt comparison is with the 1950s, when President Dwight Eisenhower used the shock of the Soviet Union’s satellite launch to galvanize US investment in education, infrastructure, and new technologies. Can America do the same now?

China is growing in strength but also has significant weaknesses, while the US has important long-term power advantages. Start with geography. Whereas the US is surrounded by oceans and friendly neighbors, China has territorial disputes with India, Japan, and Vietnam. Likewise US advantage. America is now a net energy exporter, while China depends on oil imports transported across the Indian Ocean – where the US maintains a significant naval presence.

Furthermore, the US wields financial power as a result of its global institutions and the dollar’s international hegemony. While China aspires to a larger global financial role, a credible reserve currency depends on currency convertibility, deep capital markets, honest government, and the rule of law – all of which China lacks. The US has demographic advantages, too: its workforce is increasing, while China’s has begun to decline.

America has also been at the forefront of key technologies, and US research universities dominate global higher-education rankings. At the same time, China is investing heavily in research and development, now competes well in some fields, and aims to be the global leader in artificial intelligence by 2030. Given the importance of machine learning as a general-purpose technology, China’s advances in AI are particularly significant.

Moreover, Chinese technological progress is no longer based solely on imitation. While the Trump administration correctly punished China’s theft and coercive transfer of intellectual property, and unfair trade practices, a successful US response to China’s technological challenge will depend more on improvements at home than on external sanctions.

As China, India, and other emerging economies continue to grow, America’s share of the world economy will remain below its level of about 30% at the beginning of this century. In addition, the rise of other powers will make it more difficult to organize collective action to promote global public goods. Nonetheless, no country – China included – is about to displace the US in terms of overall power resources in the next few decades.

Rapid Asian economic growth has encouraged a horizontal power shift to the region, but Asia has its own internal balance of power. China’s strength is balanced by Japan, India, and Australia, among others, with the US playing a crucial role. If America maintains its alliances, China will have slim prospects of driving it from the Western Pacific, much less dominating the world.

But competing with China is only half the problem facing Biden. As the American technology expert Richard Danzig argues, “Twenty-first-century technologies are global not just in their distribution, but also in their consequences. Pathogens, AI systems, computer viruses, and radiation that others may accidentally release could become as much our problem as theirs.” For that reason, Danzig argues, “Agreed reporting systems, shared controls, common contingency plans, norms, and treaties must be pursued as means of moderating our numerous mutual risks.”

In some areas, unilateral American leadership can provide a large part of the answer to the problem of providing public goods. For example, the US Navy is vital to policing the law of the sea and defending freedom of navigation in the South China Sea. But when it comes to new transnational issues like climate change and pandemics, success will require the cooperation of others. While American leadership will be important, the US cannot solve these problems by acting alone, because greenhouse gases and viruses do not respect borders or respond to military force.

In the domain of ecological interdependence, power becomes a positive-sum game. America thus cannot simply think in terms of its power over others, but must also consider its power with others. On many transnational issues, empowering others can help America to achieve its own goals; the US benefits if China improves its energy efficiency and emits less carbon dioxide. America thus has to cooperate with China while also competing with it.

Some worry that China will link cooperation on tackling climate change to US concessions in traditional areas of competition, but this ignores how much China has to lose if Himalayan glaciers melt or Shanghai is flooded. It was notable that Chinese President Xi Jinping participated in Biden’s recent global climate conference despite bilateral tensions over US human-rights criticisms of China.

A key question when gauging the success of Biden’s China policy will be whether the two powers can cooperate in producing global public goods, while competing strongly in other areas. The US-China relationship is a “cooperative rivalry,” in which the terms of competition will require equal attention to both sides of the oxymoron. That will not be easy.