If there ever was a time when Asian nations could ignore transatlantic affairs or when Europe could proceed without considering Asian developments, those days are long gone.

Amidst brewing populist nationalism and a counter-globalization backlash in the West, the rise of an assertive China and resurgence of a meddlesome, authoritarian Russia, the future of the post WWII open, rules-based global order is more uncertain and more challenged both from within and without than at any time since its inception. China’s a la carte approach to global rules and norms, predatory industrial policies and maritime actions to change the status quo in the East and South China Seas, Putin’s hybrid warfare, reneging on the 1990 Paris Charter by changing borders by force in Ukraine/Crimea are all prime examples of an international system at risk. 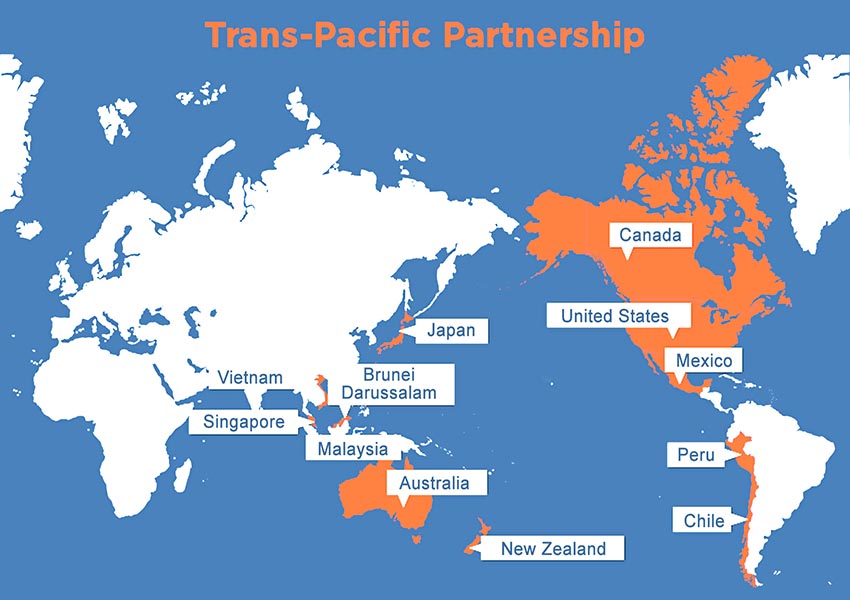 In theory, the interests of U.S. allies and partners in Europe and Asia are well aligned. On balance, all have a common stake in sustaining and adapting the current rules-based international order to an increasingly multipolar world.  Whether the issue is the global trade and financial system, free access to the global commons – air, sea space, and cyber – or nuclear safety and non-proliferation, there is a shared interest and a pressing need to leverage the combined political weight of like-minded actors.

Absent a coordinated or parallel approach to norms, rules and institutions, the future of the current world order could well be in jeopardy. The durability of the rules-based system depends in no small measure on renovating it. If emerging powers such as China (a major beneficiary of this system) have a voice in rule-making commensurate with economic and political weight they are more likely to see themselves having a stake in sustaining the system, albeit, tilting it to serve their interests. To maximize the chance of achieving a balance of interests that preserves the principles underpinning the global order, a common approach on the part of like-minded Trans-Atlantic and Pacific actors is essential.

Yet there is a troubling deficit of cooperation between trans-Atlantic and Pacific actors on regional as well as global issues. International systems only work to the degree major powers are invested in them. There is a compelling need to strengthen cooperation among like-minded actors in the United States, Europe, and Asia lest current challenges continue to erode norms, rules and institutions that have helped foster economic prosperity and stability for nearly seven decades.

For a variety of historical, cultural, and political reasons, there has been a tendency to consider Trans-Atlantic and Trans-Pacific issues separately.  Europe has tended to see its Asian interests as mainly economic, with security viewed as something in America’s realm. Though the United States has alliances in both the Atlantic and the Pacific, they have tended to operate on separate policy tracks. When U.S. and EU leaders meet, agendas of trade, finance, Russia, Middle East, and climate usually crowds out focus on Asia. The result is a gap in consultation and coordination on important issues of mutual concern among Atlantic and Pacific actors.

One common major economic challenge is the future of the world trading system. The Doha global round failed, and no new global trade accord is on the horizon. Instead, regional and cross-regional trade agreements are proliferating. China has become the world’s #1 trading power.  The U.S. ($579 billion) the EU ($529 billion) and Japan ($300 billion) are China’s top three bilateral trading partners. The EU, U.S. and Japan are all in the process of negotiating Bilateral Investment Treaties (BIT) with China. The best interests of all would be served if the respective BIT’s were based on the principle of reciprocity.

The U.S., EU and Japan have rejected Beijing’s claim to WTO market status. But Beijing is skillful in using the lure of its markets to divide competitors. China should be granted that status when it meets the criteria.  The challenge ahead is for Trans-Atlantic-Pacific cooperation in pressing China for reciprocal market access and to implement its planned market-reforms that have stalled. This is also in China’s long-term best interest, lest it risk getting caught in the Middle Income Trap.  Accommodating the international system to the rise of China – and vice-versa is a common challenge.  A comprehensive EU strategy on China was released in June 2016, reflecting a growing European awareness of their stake in the issues China raises and offers a guide for activist EU policies.

There are analogous Atlantic and Pacific challenges to regional stability – Russia’s intervention in the Ukraine and seizure of Crimea and China’s assertive island building in disputed territories, both based on historic grievances. The common thread in both regions is adherence to norms in a rules-based system, though Russia’s break of the 1990 Paris Charter appears more troubling than China’s selective adherence to the UN Law of the Sea Treaty and other global norms.

Europe is much more impacted by the multi-layered sectarian conflicts in the Middle East producing destabilizing terrorism and refugees than Asia; while Asians are more preoccupied with the growing nuclear and missile threat from North Korea. But threats from both are global in impact.  The growing Asian-Middle East economic nexus -- with two-thirds GCC nations exports going to the Asia-Pacific -- underscore the importance of oil flows and terrorism in the former; conflict in Northeast Asia or over Taiwan and to the proliferation regime and stability in Northeast Asia in the other.  One area there is a deficit of Atlantic-Pacific cooperation and EU focus is toward ASEAN, an important piece of the Asia-Pacific puzzle.

Rules and norms governing the global commons – air, maritime, cyber and space -- are yet another area of concern where Trans-Atlantic and Pacific interests overlap and are at risk.  Climate change is another common concern. Both cyber and space are relatively new domains with less clearly defined rules and norms. Therein is an opportunity for Trans-Atlantic-Pacific cooperation to play a critical role in shaping global rules for cybersecurity and protecting the peaceful use of outer space. Growing anti-satellite capabilities of China and Russia give the issue some urgency. The EU has proposed a code of conduct for space which could serve as the basis for discussion in formulating rules of the road.

Strengthening Trans-Atlantic-Pacific cooperation with regard to Asian issues may be less a question of institutional means than of political will. The US-EU summit, the annual EU-Asia and EU-China meetings, and G-20 consultations, along with Track 1.5 meetings such as the D-10, among other fora, provide ample opportunity for policy consultation and coordination. And Chinese efforts at Eurasian connectivity via its One Belt, One Road plan could be a source of new dialogue.

Europe, the U.S. and the Asia-Pacific all stand to lose if they cannot form a shared approach with regard to sustaining and updating the rules-based international order based on the values that have led to the success of these institutions over the past seven decades. At the end of the day, the whole is greater than the sum of its parts. The question is whether, amid a fragmenting world order, these key players, stewards and beneficiaries of this rules-based system, can generate the political will to reverse the negative trends.

This is piece is based on an Atlantic Council issue brief: http://www.atlanticcouncil.org/images/publications/Strengthening_the_Transatlantic-Pacific_Partnership_web_0503.pdf