Were Aides Behind Trump's Reversal on China? 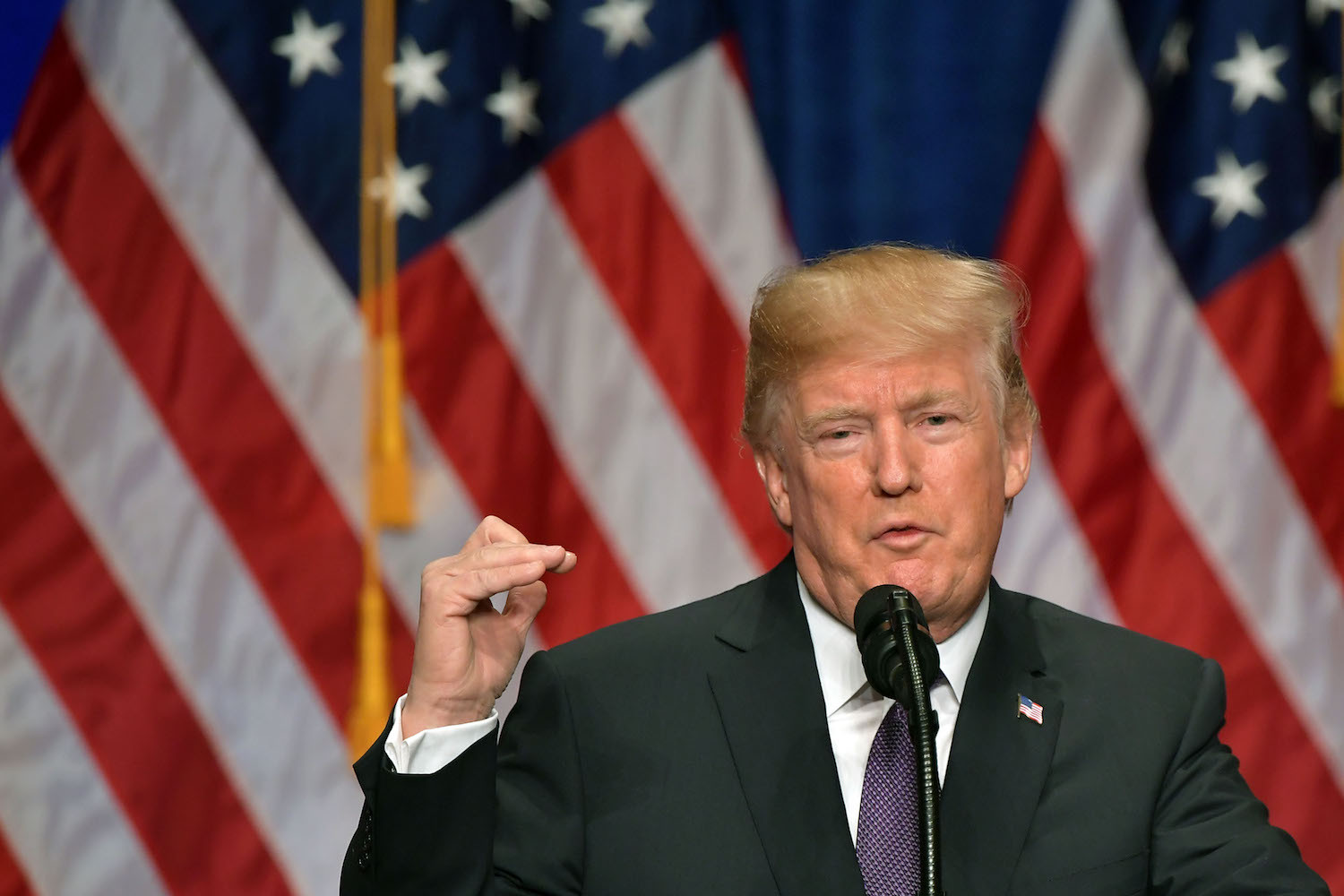 Amongst the untrue things in the US National Security Strategy Report was the allegation that China and Russia are "revisionist” states that erode American security and economic interests.

Actually, for his reckless rewriting and “re-evaluation" of the international status quo in his first year in office, Trump himself could more rightly be called a "revisionist".

He has "revised" various international agreements that are not to his liking. He killed the TPP, calling it a burden to the US; he withdrew from the Paris Agreement, claiming there is no global warming; he withdrew from UNESCO on the grounds that it is unfair to the US and Israel; he intends to re-negotiate the decades-old NAFTA; he withdrew from the US-EU TTIP negotiation; he has been lambasting the UN, and has proposed cutting American funds to it; he has threatened to revoke the Iran nuclear deal; he has been clamoring to rewrite international trade rules to replace "free trade" with "fair trade".

At home, Trump has been opposed everything Barack Obama stood for, leaving the impression that he is determined to eradicate every of his predecessor's political legacies. He has not only brushed aside the "partnership" Obama had formulated with China and labeled China as a "competitor", but completely upended the diplomatic strategy followed by all past presidencies to confront China and Russia at the same time.

In less than 12 months, Trump has talked with President Xi Jinping on the phone nine times. During his China visit, he expressed a strong desire for good bilateral ties. He even told Japanese Prime Minister Shinzo Abe that getting along with China will benefit all countries in the Asia-Pacific.

Yet China suddenly became a "strategic competitor" in the strategic report. The report's claim that China seeks to drive the US out from the Asia-Pacific is without factual basis. Chinese leaders have repeatedly said the Pacific is big enough to accommodate China and the US. The China-led AIIB has always had its doors open to the US, and China has always welcomed the US to join the China-proposed "Belt and Road" initiative, demonstrating for a desire to enhance cooperation with the US in the region.

The report accused China of expanding its own power at the price of other countries' sovereignty, which certainly referred to the South China Sea issue. But the truth is China's relations with ASEAN member countries have improved significantly, and the Code of Conduct for the region now has a framework. China and the ASEAN countries have agreed to formulate a higher-level partnership, and a China-ASEAN community of a shared future.

The Diaoyu Islands issue was obviously also alluded to. The Chinese Coast Guard's increasing patrols near the Diaoyu Islands are meant to safeguard China’s territorial and maritime sovereignty, more specifically, to ensure the fishing rights of Chinese nationals in the surrounding areas.

The US National Security Strategy report's portrayal of China is unwise and contradicts previous statements. Why is this? American media commentators have some interesting explanations.

According to the a December 18 Daily Beast article titled "Trump’s National Security Strategy Ignores Donald Trump", but the NSS is “basically fan fiction, written by aides," and conveyed their ideas, rather than Trump's. "It is as if McMaster...has subtly replaced the Trump presidency as it is and replaced it with the Trump presidency he wishes." Foreign Policy stated that in reality the national security strategy reports submitted to Congress will either been forgotten soon, or never been implemented.

Such ideas may not be groundless. If that is the case, President Trump should rise above such a report, prevent himself from being blinded by those aides, who are either muddle-headed or intentionally making trouble for him, and stay cool-headed in dealing with China.

Trump and China PolicyTPPChina-US RelationsNational Security
printTweet
You might also like
Back to Top
CHINA US Focus 2018 China-United States Exchange Foundation. All rights reserved. Disclaimer