The US and China in Asia: Mitigating Tensions and Enhancing Cooperation

The following is the OVERVIEW of the report THE US AND CHINA IN ASIA: MITIGATING TENSIONS AND ENHANCING COOPERATION, a publication of the Pacific Community Initiative. Click the PDF to read the full report. 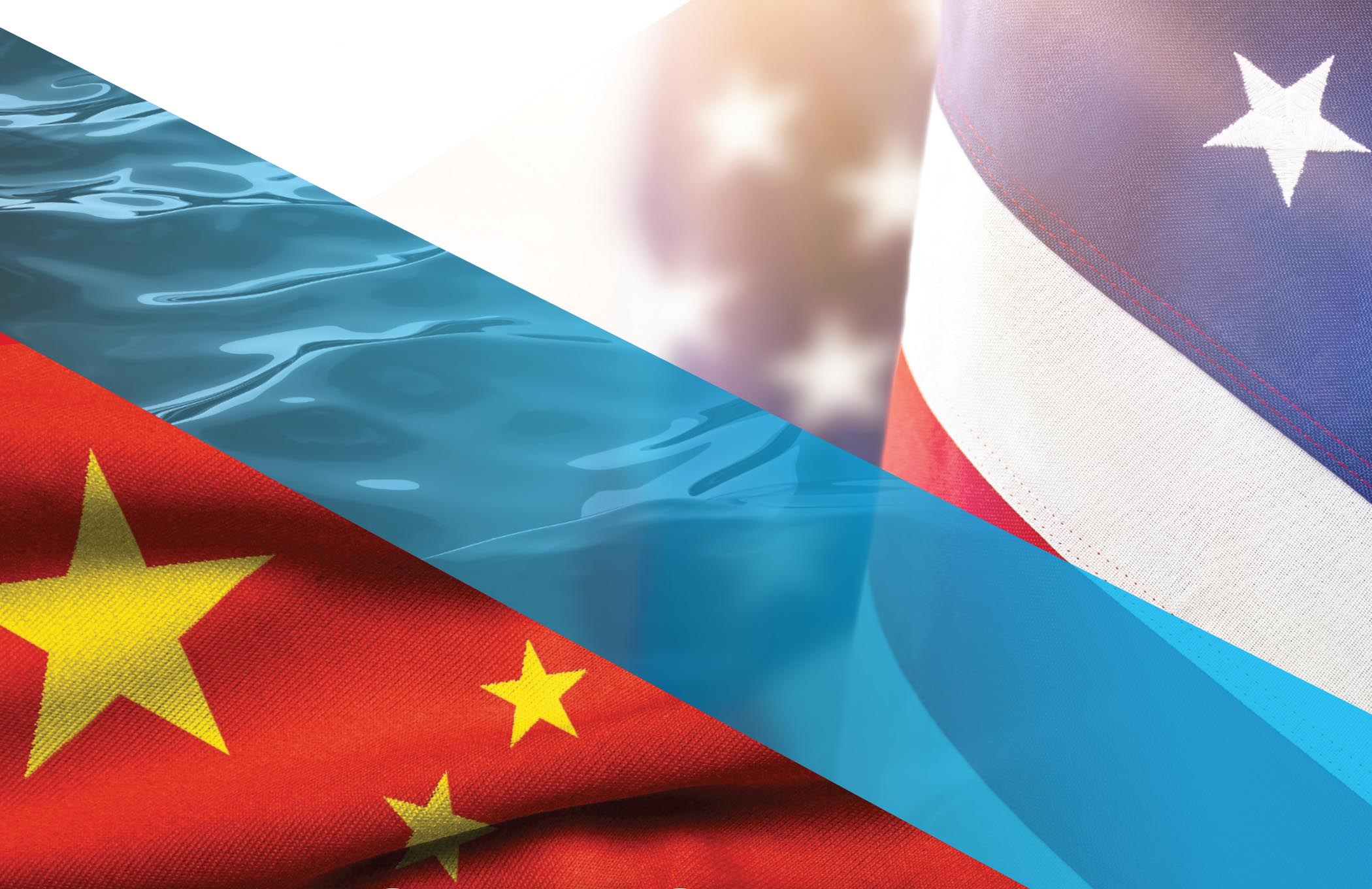 The Asia-Pacific region has rapidly become the center of global economic and strategic activity.  By 2020, the region will account for two-thirds of global GDP, half of global trade, and nearly three-fourths of global military spending. Major wars or strategic confrontations in this region, if they occur, could prove catastrophic. And questions of sustainable development and ecological survival cannot begin to be addressed without the cooperation of nations in this region, not least the United States and China. For the world as a whole, the core strategic question for the next fifty years (at least) is whether the Asia-Pacific region can sustain and foster the conditions for growth and cooperation in the face of unprecedented geo-political, geo-economic, and environmental changes.

The tectonic plates of big-power economic and military strength are shifting as we enter the third decade of the new millennium. Expectations about the future are changing, meaning that the conditions that brought us the last fifty years of progress in the Asia-Pacific cannot be assumed to continue for the next fifty. Indeed, there is every indication that those prior conditions already have been overtaken by events. This volume, and the larger Pacific Community Initiative (PCI) of which it is a component, is aimed at understanding the era into which we are entering and helping shape a better future for everyone.

The chapters that comprise this volume represent one of the outcomes of a series of bilateral meetings convened biannually in the United States and China by the PCI Bilateral Working Group, beginning in October 2017. The PCI is spearheaded by Johns Hopkins SAIS and Peking University, and is made possible through the generous support of the China-United States Exchange Foundation (CUSEF). SAIS and Peking University selected their respective working group participants, and the participants alone are responsible for the content of their contributions. Wang Jisi, professor of the School of International Studies and president of the Institute of International and Strategic Studies at Peking University, and David M. Lampton, professor emeritus and former director of China Studies at SAIS, both Senior Advisors to the PCI, have overseen the Dialogue process. Together with David Bulman (U.S. Director of the PCI) and Hu Ran (China Director of the PCI), they have also overseen the preparation of this volume.

The concept behind the PCI originated from an idea expressed in Dr. Henry Kissinger’s book, On China. Kissinger noted that Europe had been the wellspring of two World Wars in the first half of the 20th century and that, by way of comparison, no major hot wars had occurred in Europe in the second half of the 20th century. One reason for the absence of large-scale conflict on the European Continent had been the construction of the European Union and predecessor institutions, along with the Trans-Atlantic Alliance. In Asia in the 21st century, Kissinger noted that two key strategic fears increase the probability of conflict: the Chinese fear that America seeks to contain it, and the parallel American fear that China seeks to expel the US from Asia. A Pacific Community, he argued, could help mitigate these fears.

The PCI was thus established to explore how to develop a Pacific Community, and in doing so poses the question: “Can we avoid high levels of conflict in Asia by working toward shared institutions, norms, and practices that gradually foster community and cooperation, rather than war and destructive competition?” No PCI participant thought, nor do we now think, that the wholesale transplantation of Europe’s experience to the Asia-Pacific is realistic or desirable. Moreover, Asia is not an institutional tabula rasa. ASEAN and other regional institutions and regimes already exist, play important roles, and have lessons to teach.

All this notwithstanding, the impulse of the PCI is clear—to try to contribute to a process of conceiving and establishing institutions, norms, and practices that bind China, the United States, and others in Asia into a structure that permits grasping the opportunities of cooperation and diminishing the sources of conflict. In some cases it means greater support for existent institutions and practices. All the participants in this project are clear that while China and the United States, neither singly nor together, can impose an architecture on the region, it also is equally clear that absent cooperation between Beijing and Washington no regional progress in this direction is remotely feasible. Therefore, China and the United States must reach some shared understandings and establish some shared objectives as a pre-condition for a broader, region-wide cooperative effort.

To begin to think about a community approach to the Asia-Pacific’s and East Asia’s future, we first had to identify the region’s current institutional landscape and the key issues around which institutions, practices, and norms currently exist, or need to take shape. Which institutions could be adapted to new and broadened tasks and in which areas do we need to start from scratch? What are the domains of interaction in which norms, practices, and institutions are essential? Moreover, these questions are indistinguishable from questions concerning the norms, institutions, and practices necessary to govern a sound U.S.-China relationship.  As such, the chapters comprising this monograph focus on how the United States and China can work toward a more cooperative future between themselves in key areas of interaction, thereby creating conditions conducive to broader community-building in the future.

At the beginning of the monograph, David M. Lampton’s introductory chapter assesses current U.S.-China relationship, explains the rationale of the project and summarizes key points from each chapter. The chapters that follow generally adopt a functional approach, assuming that a stable East Asian system requires the performance of certain inescapable functions conducive to overall system maintenance and equilibrium. In each of five functional areas, the monograph includes a chapter each from one Chinese and one American scholar, advancing their respective analyses of the current situation, future needs, and possible pathways forward. The areas in which the author pairs concentrate their attentions are: economic engagement (David Bulman and Li Wei); cultural and people-to-people engagement (Hu Ran and Yun Sun); traditional security engagement (Gui Yongtao and Li Boran and Oriana Skylar Mastro); non-traditional, transnational security engagement (Carla Freeman and Wu Xiangning); and regional governance and institution building (Alice Ba and Zhao Minghao). (Here, and in the volume itself, the American and Chinese authors are ordered alphabetically in an attempt to give equal consideration to both sides’ contributions.) Wang Jisi then elucidates core project findings and implications in the volume’s concluding chapter.

When considering these different functional areas, what probabilities should we attach to cooperation in one area strengthening the conditions for cooperation in other areas? The bilateral PCI working group believes that cooperation in some areas (e.g., non-traditional security, economic relations, cultural interactions, and cooperation in regional and global governance) can create some positive spillovers and limited broader cooperation. Though currently there is Sino-American conflict in each of these areas, there also are zones of actual and potential cooperation upon which to build. In prior periods, improving security relations has led the overall relationship forward. Currently, however, although limited cooperation/exchange still exists in the military-to-military domain, these modest efforts cannot compensate for the hostility generated by each side’s military doctrines, force dispositions, deterrence efforts, and acquisition of new capabilities.

The currently deteriorating Sino-American security relationship is thus infecting every other functional zone of Sino-American cooperation and diminishing the prospects for building wider communities of shared interest. There is a growing security dilemma in Sino-American relations, a circumstance in which the moves each side makes that it perceives to be defensive and reactive spur counter reactions by the other side, creating a spiral of distrust and belligerence. America and China have moved from an era of seizing opportunities to an era of deterring threats. Negative, not positive, inducements are the tools of the day.

Toward a more cooperative future

When we began this project, our purpose was, and remains, to sketch out a concept of Pacific Community and a process by which the United States and China might gradually move toward a more cooperative future. However, Beijing and Washington are not joining in a common effort to work toward a Pacific Community. A mounting body of domestic legislation in the United States seeks to tighten export controls and inhibit educational and other exchange. Beijing has tightened up on society-to-society interactions of all descriptions. The overriding current necessity is to get U.S.-China relations headed in more positive directions to provide a foundation for more regionally oriented institution and norm building.

The immediate task is to prevent the growth of competing security and economic alignments in Asia that increase prospects for economic and military friction between two great powers. Each chapter in this volume, whether written by an American or Chinese scholar, looks for opportunities and proposes steps, big or small, to nudge history in a more positive direction, both bilaterally and in terms of the longer-term vision of Pacific Community.

Emerging from these recommendations, we envision four core sets of dialogues that are central to both U.S.-China bilateral relations and the building of a Pacific Community. Those dialogues would focus on:

•    The restoration and expansion of military-to-military dialogues at both operational and strategic levels, as well as the reinforcement of crisis management mechanisms in specific issue areas.

•    The meaning of “reciprocity” and the attendant policy implications for scholarly and cultural exchange, as well as for public and private investment and market access in each country.

•    Finding common ground between the Belt and Road Initiative and the Indo-Pacific Strategy, with attention focused on the potential for ASEAN centrality, and generating standards for investment transparency and coordination.

All four of these topics have both multilateral and bilateral content, and thus tackling these issues would require the involvement of the United States and China as well as select regional representatives.

The authors of this volume have also identified many incremental and worthwhile measures that should be taken. Among others, these proposed measures include:

•    Preserving channels of cultural and social exchange from being politicized or restricted: Specifically, students and scholarly exchanges in both countries should be free from administrative harassment. If certain measures such as revoking visas are taken, the governments should give explanations for the decision.

•    Encouraging Chinese and American enterprises to cooperate in third-country markets: Such joint collaboration could not only mitigate American concerns over China’s growing economic footprints in the Asia-Pacific region, but also reduce business risks that Chinese firms and financial institutions might encounter unilaterally.