The Views of Other Countries Matter 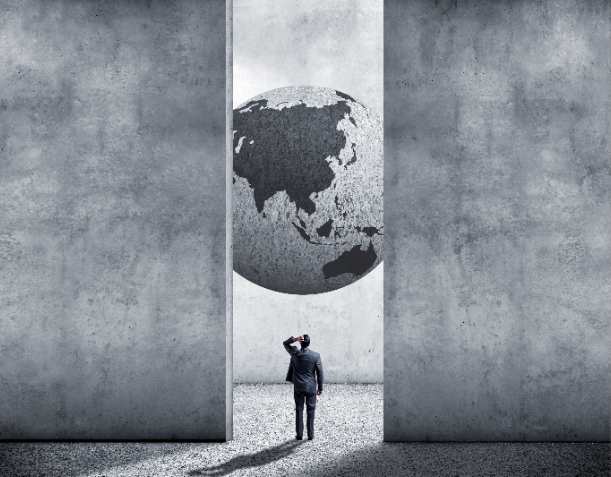 Increasing tensions between China and the United States have given rise to heated discussions about the prospect of a new cold war. The question is of such magnitude that it defies easy answer, which may lead to a sort of self-fulfilling prophecy.

We live in a post-Cold War era, though the danger of a new cold war cannot be written off outright. But the term “new cold war” fails to take into account the potentially decisive role of third parties in the equation — in particular their cognitive ability. A key feature of post- Cold War international studies is the cognition of the third-party countries. As long as third parties as a whole do not take sides, the “new cold war” theory will not gain much traction.

First of all, the post-Cold War era is characterized by genuine global politics, with countries around the world becoming conscious and engaging in global political affairs. In this process, small and medium-sized countries have gained more strategic decision-making independence and clout than they had before.

The standoff between the U.S. and the Soviet Union was sustained primarily because the “terror balance,” which was underpinned by large nuclear arsenals on both sides. But it was also the result of an absence of third-party participation in global affairs — either from lack of opportunity or awareness.

The full-fledged standoff between the two camps presented a straightforward strategic configuration that was stable. How a third party read the situation carried little weight, because they were forced to take sides willy-nilly.

In the post-Cold War world, the global balance of power and wealth, once concentrated in Western nations, began to spread out. The process has been dubbed a “flattening of the world.” It was a game-changing moment as it empowered non-Western countries to take part in global politics, countries that had once lacked the awareness, opportunity or capability to do so.

Their recognition in international relations is defined by national interests, negating such acts as blindly taking sides, as occurred during the Cold War. The membership of the Asian Infrastructure Investment Bank is a case in point. While the U.S. chooses to stay out, its allies in Europe and ASEAN countries opted to come aboard.

The TPP is another example: Japan stayed the course despite the fact that the U.S. jumped ship.

Second, third-party cognition of China -U.S. relations is not so binary as the Cold War standoff between the U.S. and USSR. Economically, the planned economy was consigned to history, along with the Cold War, as China and other such economies chose to integrate, more or less, into the global economic order led by the U.S. And great economic strides have been made as a result.

While China is the second-biggest economy, its nature is a socialist market economy, which means the market plays a leading role, while remaining subject to government regulation. China continues to pursue opening-up while integrating into the current global economic order, rather than closing its doors to the world.

As for political ideology, China adheres to the path of “socialism with Chinese characteristics,” with the qualifier indicating no intent to peddle the model around the world. As such, third-party countries can appreciate the fact that China will not attempt to engage in ideological competition with the U.S.

Militarily, China’s point of departure for policy is the status quo, augmented by concerns over the potential for external intervention. China is striving to make up for its past lag in military strength only to redress a chronic imbalance. The Chinese nation as a whole feels a sense of crisis because of the unfinished modern nation-state building enterprise, including the question of Taiwan. It has nothing to do with ideology.

For example, in Eurasia, China and Russia are two major powers that undergird the regional strategic balance. But either of the two is meant to counterbalance the U.S. influence, as what matters is how they interact with third-party countries that have awakened to global political engagement.

Since the end of the Cold War, economic regionalism has been gaining ground in Eurasia, in particular in Asia, where regionalism is widely embraced. A new regional order hinges on the progress of political security, where the participation of third-party countries, big and small alike, is essential.

So the time in which we live should be characterized as post-Cold War, not new cold war. Interchanging the two terms will only disorient the world and even derail informed discussions.

A more important caveat should register to prevent the conflation of the two terms. It is not just the views of China and the U.S. alone that matter, but those of third-party countries as well.