Time for Reset and Realism in the South China Sea 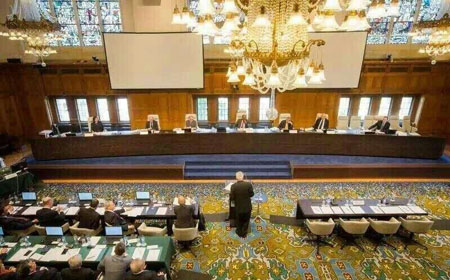 The Chinese government refused to respond to the case, and also refused to attend the hearing when the Philippine team made its arguments.

But in international relations realism, the ruling and its implications are inherently ambiguous, which means greater uncertainty and possible volatility in the region.

Despite the focus of the UN Convention on the Law of the Sea (UNCLOS), the PCA is not a UN agency, as the UN itself noted after the ruling. Nor is its ruling enforceable, even though it is likely to shape regional stances. Second, China refused to participate in the arbitration because, in Beijing’s view, the tribunal had no jurisdiction over the case. Yet, China resists militarization in the region and seeks cooperation with the members Association of Southeast Nations (ASEAN). Third, Philippine Foreign Affairs secretary Perfecto Yasay has made clear Manila’s readiness to start a conversation with China, though building on the arbitration. The diplomatic refrain was consistent with President Rodrigo Duterte’s pronouncement that Manila would not “flaunt or taunt” if it is seen to win the arbitration case.

Finally, the US has strongly supported international arbitration and the rule of law. Yet, US record on international law is highly mixed; it has often acted unilaterally against international law, including through regime change, invasions and coups d’etat; and Washington has refused to ratify the UNCLOS, which in Beijing creates an impression that US wants China to abide by rules it rejects.
Indeed, from the standpoint of international affairs realism, it is vital that, historically, no permanent member of the UN Security Council has complied with a ruling by the PCA on an issue involving the Law of the Sea, as Graham Allison recently stressed. Nor have any of the five permanent members of the UN Security Council ever accepted any international court’s ruling when they believed it infringed their sovereignty or national security interests. So, those observers who argue that China’s rejection of the Court’s decision would turn it into an international rogue state imply that the US, the UK, Russia and France already are pariah states.

But why did arbitration become necessary when the outcome was relatively clear in advance?

International arbitration and the US pivot

The geopolitical context of the arbitration process is the US pivot to Asia. Historically, the policy framework of the Obama administration’s rebalancing stems from 2011, when the then-US Secretary of State, Hillary Clinton, first framed the US economic, trade and military ‘pivot to Asia,’ which would rely on a hybrid regional strategy of bilateral security alliances; deeper relationship with rising powers; regional multilateral institutions; trade and investment; broad military presence; and advancing democracy and human rights.

As the execution took off and Pentagon’s objective became to transfer 60 percent of US naval assets to Asia Pacific by 2020, Beijing began to view the pivot as a façade for a de facto containment, which harkens back to Washington’s policy against the Soviet Union during the Cold War. At the same time, Washington has strengthened economic, political and military ties with its old allies in Southeast Asia, such as Japan, South Korea and Australia, while developing bilateral and multilateral alliances with emerging powers, including India and rising ASEAN powers.
However, the rebalance has proved fragile. In trade, the Trans-Pacific Partnership (TPP) is still opposed by many in Southeast Asia. Despite tough talk, US security assistance actually declined by 20 percent in the region in 2011-15. In this setting, the internationalization of the arbitration, irrespective of its bilateral goals, served the geopolitical pivot as well.

In February 2013, Manila, stating that all other venues had been exhausted, initiated international arbitration under the UNCLOS; unilaterally, as Beijing saw it. To deepen the bilateral US-Philippine relationship, President Benigno Aquino III (2010-16) and his Foreign Affairs Secretary Albert del Rosario achieved a deal to allow US forces to return to the Philippines, which they had left in 1992 following the end of the brutal Marcos era that Reagan White House had supported. In 2014, Washington and Manila signed a 10-year defense pact. And last spring – amid the presidential campaigns – the two also agreed on locations for five new military bases, including one in South China Sea.

The idea was to establish a strong ex post facto legacy that would bind the new Philippine president in 2016. What changed the baseline scenarios was the strong election triumph in May of Davao Mayor Duterte.

In the Aquino era, Philippines became Southeast Asia’s growth leader, but wealth did not filter to ordinary Filipinos in a nation where every third still lives under or close to the poverty rate. With its 10-point economic program, the Duterte administration seeks to raise infrastructure spending to 5 percent of the GDP starting in 2017. More jobs will be created particularly through foreign direct investment (FDI) by adjusting the foreign ownership cap of local companies to 70 percent from the 40 percent.

Strategically, Duterte hopes to bring peace to the volatile Southern Philippines; by cooperation and increasing federalism, not by force. “It is not that the Middle East is exporting terrorism to America. America imported terrorism,” he said in a recent speech to Mindanao’s Muslims in Southern Philippines. Cognizant of the 2002 Meiring case, he is wary of US efforts at a strategy-of-tension in the Philippines and the broader region.

From the Chinese perspective, Duterte’s economic program emulates China’s historical growth miracle. The goals are also highly complementary with Beijing’s “One Belt One Road” (OBOR) initiatives in the region. In foreign policy, the Aquino administration sought to balance with the US against China. In contrast, Duterte favors a balancing act between the two powers. He seeks broader and deeper bilateral economic cooperation with China and joint exploration of regional resources, without alienating Washington – a tightrope act that has been the key to success in the region since Singapore’s Lee Kuan Yew.

Four scenarios, only one solution

As the dust settles, Manila and Beijing may have to choose between four generic scenarios. In turn, these outcomes can be reinforced – or undermined – by the U.S. and the ASEAN members.

The Destabilization Scenario is the most dangerous bilaterally and in the region. It is predicated on the failure of talks, hardening attitudes and the rising probability of accidental conflicts in South China Sea. In the risky and costly Regional Dead-End Scenario, China would refuse cooperation with the Philippines, which would corner the Duterte administration to rely even more on U.S. security assurances. But what China would gain at the expense of the Philippines, it would lose regionally.

In the reverse Polarization Scenario, China would signal cooperativeness but Manila would take a back step, perhaps forced by domestic opposition or external pressure. That would boost military cooperation between the US and the Philippines, but undermine Duterte’s economic agenda. Worse, it would force Beijing to resort to tougher defensive measures in the region.

In the long-term, the Stabilization Scenario is the most preferable trajectory to Manila, Beijing, Washington and the ASEAN. It is predicated on a Sino-Philippine bilateral conversation that will result in a true dialogue that could reduce the weight of geopolitical issues, while supporting mutual gains in economic development.

China and the Philippines have now a historical window of opportunity to reset their bilateral relations in a way that could re-energize economic and strategic progress in the entire region. It requires cool, caution and compromise, on all sides. It won’t be easy. But alternatives are worse.