V04: WIN-WIN AT THE XI-OBAMA SUMMIT

The meeting between Chinese President Xi Jinping and U.S. President Barack Obama last month in Beijing has set a promising tone to reverse the tense relations between China and the United States over the past year. The leaders signed a series of important agreements, most notably on climate change. They have vowed to build a cooperative, rather than competitive, relationship.

Yang Jiemian, President Emeritus of Shanghai Institutes for International Studies, hailed the Xi-Obama meeting as a “win-win summit.” He urged the two countries to give up the mentality of a zero-sum game and focus on mutual development through cooperation.

At the same time, experts from both sides cautioned the seemingly smooth progress ahead for China-U.S. relations, given the vast historical and cultural differences between the two countries. They warned that one should not be blindly optimistic about the future of the China-U.S. relations, since historically speaking, tensions and conflicts tend to occur after the relationship of the two countries has heated up.

Jia Qingguo from Peking University, stressed in his article, “China-U.S. Relations: Great Promise Demands Greater Efforts,” that China and the United States have no choice but to work together to develop cooperation and avoid confrontation.

David Shambaugh also applauded Xi-Obama’s meeting as a step forward in China-U.S. ties. He said China-U.S. relationship certainly has its difficulties, “but it is a marriage in which divorce is not an option.” 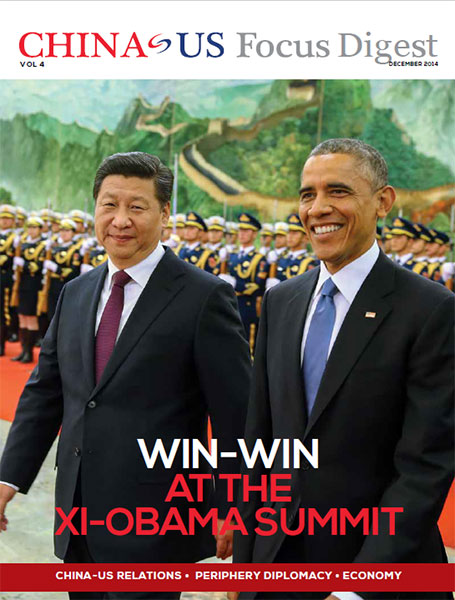