The first issue of China-US Focus Digest in this New Year focuses on an “Outlook for China-U.S. Relations in 2015.” Key concepts in the articles include, “A Degree of Satisfaction,” “Maintaining and Building a New Momentum,” “the New Normal,” and “the Larger Picture.” A wide-range of experts, scholars, and China-watchers has chimed in on the state of bilateral relations.

Our contributors from the U.S. and China all hope that the leaders of the two countries can communicate effectively on complex problems, as they did at the Beijing Summit last November. When delivered in good faith, such negotiations could not only strengthen the foundation of the China-U.S. relationship, but also build strategic trust on global issues of mutual concern.

On the establishment of a “New Type of Great Power Relations,” Chen Li and Lucy Xu from the Brookings Institution offered explanations for Chinese enthusiasm and American cynicism toward the concept initiated by the Chinese President Xi Jinping in 2012. They suggested that China should advance the interests of smaller nations in the Asia-Pacific, and the U.S. should move beyond its Cold War, realist mentality. 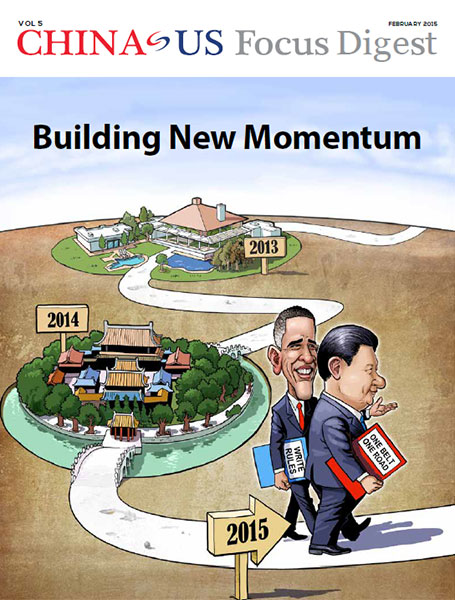