Commotion from the July 12 award in the South China Sea ruling by the Permanent Court of Arbitration in The Hague is simmering down. It’s time to turn the page and move forward.

Still at odds, the Philippines and China are showing willingness to engage in bilateral talks. After all, our Hong Kong-based contributor Teresa Cheng argued, the conflicts in the South China Sea are best handled between sovereign states directly involved, and the winning recipe, fittingly, will be the prevailing Asian tradition featuring a non-confrontational approach, compromising sentiments, and a mutually understanding mindset.

Also at stake is the U.S.-China relationship. In the last issue of Digest, we cautioned that the two countries should stay on a steady course even when the patrols by the U.S. Navy warships appear to be close to torpedoing the ties. We continue to advocate for moderation when it comes to managing major differences and disagreements between the two powers.

The South China Sea is a common thread for this issue. Dan Steinbeck insists that uncertainty and friction may increase in the Asia Pacific in the wake of the arbitration award. National University of Singapore professor Sajjad Ashraf believes the ruling will pressure China to seek negotiated solutions with various claimants — and exhibit its benign intentions of doing so. 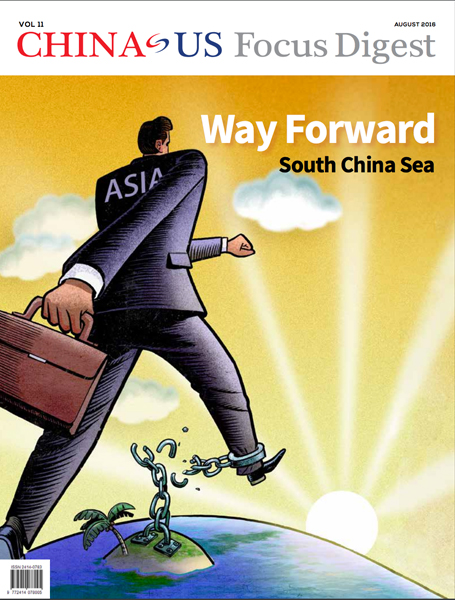