Eight months into the Trump presidency, there's still significant uncertainty in the U.S.-China relationship. Yet one can expect a clearer outlook, come this fall after the Trump's state visit to China in November.

Under the pretense of the freedom of navigation, U.S. continues to challenge China's territorial claims in the South China Sea. President Donald Trump's decision to initiate a Section 301 investigation into China's commercial practices has raised fears of a trade war. North Korea's recent missile launches and nuclear bomb test raise the specter of war, one that could draw in both powers.

Yet, both Beijing and Washington recognize the importance of their relationship, and are mindful of the high-stakes of any conflict. The Mar-a-Lago summit between Presidents Xi Jinping and Trump and their multiple phone conversations have provided opportunity for them to reach an understanding. Trump's state visit to China will likely reinforce this relationship, and may bear tangible fruit. There's still ample room for both sides to manage their differences and to build a better future together.

In this issue, we feature perspectives from leading Chinese and American scholars and researchers, who provide the bilateral relationship with a “health checkup” and offer some thought-provoking proposals. 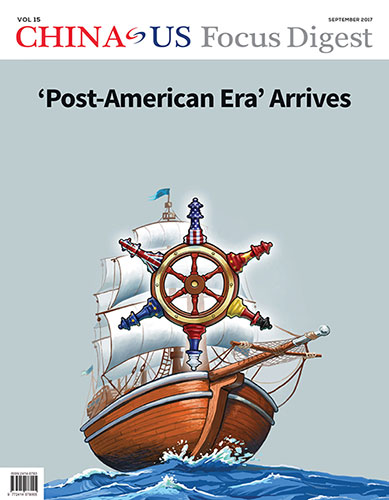