V18: The Sky Is Not Falling

With no immediate solution in view in the on-going trade dispute between China and the U.S., we need to keep sight of the bigger picture.

Trade war or not, the need for closer cooperation is growing, rather than diminishing. A healthy relationship with China protects American strategic interests, and engaging with China on the economic front builds a positive foundation for the U.S. and China to work together to address transnational problems that threaten the security of all nations, such as international terrorism, climate change, and nuclearn proliferation.

But some in the U.S. have determined that China’s rise is an “existential threat,” while consensus is quickly emerging in Beijing that the escalating trade war is yet another attempt to contain China.

Faced with this growing suspicion and unease, we can probably learn a thing or two from President Ronald Reagan’s speech in Shanghai 34 years ago. 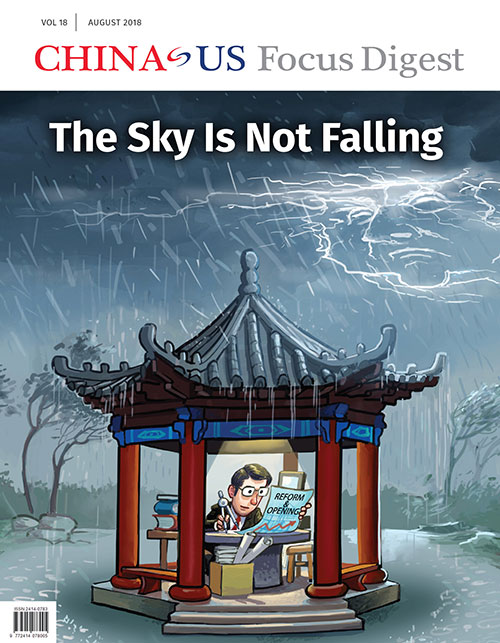