Speculation on a possible trade war has intensified as trade talks between the United States and China have yet to produce any breakthrough. The commentaries we highlight in this issue provide perspectives, propose solutions, and most importantly, warn of the consequences of a meltdown.

On May 5, top U.S. negotiators left Beijing after two days of talks, unable to narrow the growing trade rifts. The good news is that the two sides agreed not to give up. Three days later President Donald Trump spoke with President Xi Jinping on trade and North Korea during a call, and a high-level Chinese delegation will be on its way to Washington to give it another go. At press time, Trump tweeted that he has been working with Xi to grant reprieve to the Chinese tech giant ZTE that has halted operations after severe U.S. sanctions.

The list of U.S. grievances over China’s trade practices and industrial policies is long. China has its own ask list. Trade rules and practices are immensely complex issues. Quick solutions are unlikely.

There are concerns that the discord could spill over to infect overall ties, fuel hostility, and reduce trust between Beijing and Washington over strategic and security issues. Many Chinese see the U.S. demands targeting the Made in China 2025 policy as an attempt to stop China’s rise as an innovation powerhouse. 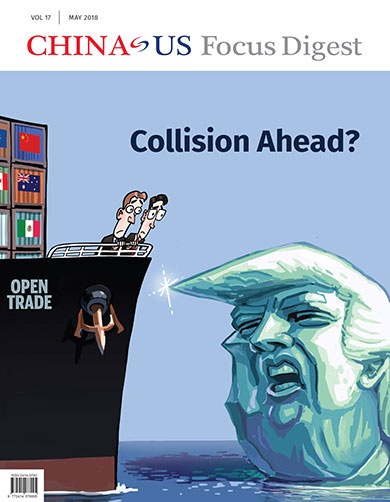 Back to Top
CHINA US Focus 2020 China-United States Exchange Foundation. All rights reserved.