V20: 40 Years of Peace and Prosperity

Celebrating, and learning from, 40 years of peace and prosperity

In this issue, we celebrate forty years of the official diplomatic relationship between China and the United States with exclusive insights from prominent leaders in both countries who have shaped the bilateral relationship over the years.

In an exclusive interview with our editor-at-large James Chau, President Jimmy Carter recalls the pivotal discussions and intimate moments of friendship with Chinese leader Deng Xiaoping that fundamentally transformed the most important relationship in modern history. President Carter also shares his suggestions for the lessons the current leadership of both countries can draw on to prevent recent tensions from upending 40 years of peace and prosperity.

This issue also features a special photo retrospective of the past 40 years, as well as exclusive interviews with, and articles by, top American and Chinese leaders from politics, diplomacy and academia. They shed light on the impact of 40 years of relations on the two countries and the world at large, as well as the prospects for the future as both countries remain locked in tense negotiations to avoid a full-fledged trade war.

While the future of the relationship remains open for debate, the need for engagement and cooperation is a recurring theme among experts from both sides. In an exclusive article, Harvard professor Joseph Nye argue that the U.S. should pursue a “cooperative rivalry” with China, rather than view China as an existential threat.

Contributor He Weiwen also looks at another historic event, China’s reform and opening up, that coincided with the launch of official diplomatic relations. He Weiwen puts this moment into context and explains what it means for China and the world. 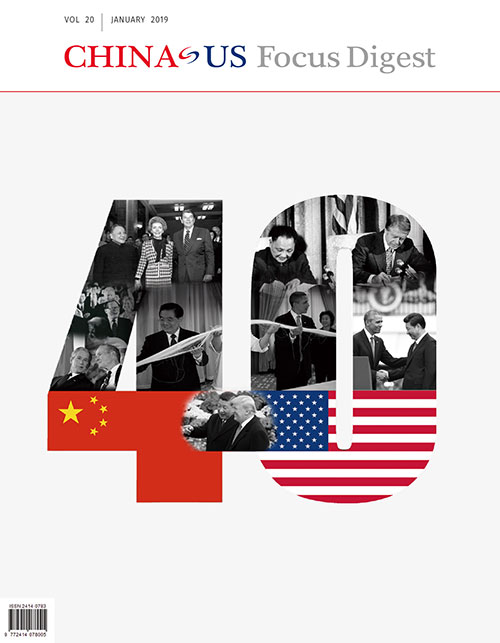