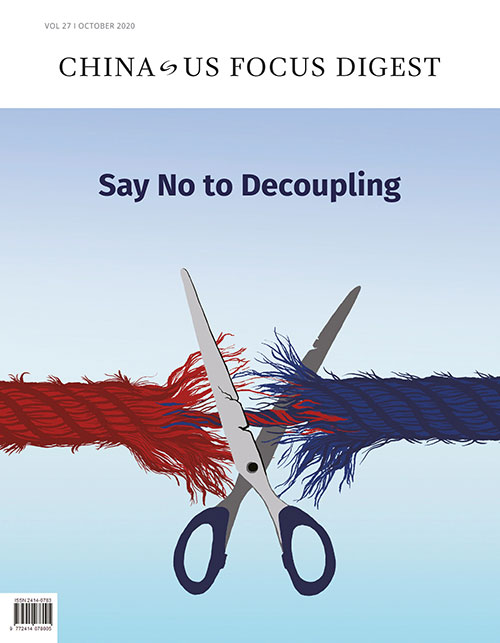 V27: Say No to Decoupling

Discussions about decoupling have reached new heights as the United States navigates its high-stakes election season. Once again, China has emerged as a hot topic.

In this issue, we feature a series of commentaries by leading Chinese and American scholars on decoupling. We want to help our readers get a 360-degree view, from what decoupling means for both countries (and the world generally) to how everyday life will become different for the citizens of both countries if the U.S. continues to push for further cuts in cultural and education connections.

Increasingly, the decoupling strategy initiated by the United States has begun to slide into a perilous state. The fundamental underpinnings of ties with China, such as Taiwan, are being challenged by dangerous escalations in military activity in the Taiwan Strait, leading to widespread speculation of a possible war, and possibly a severance of diplomatic ties.

It’s time to say no to decoupling. Peaceful coexistence with the rest of the world is sound wisdom that for centuries has served both China and the world.