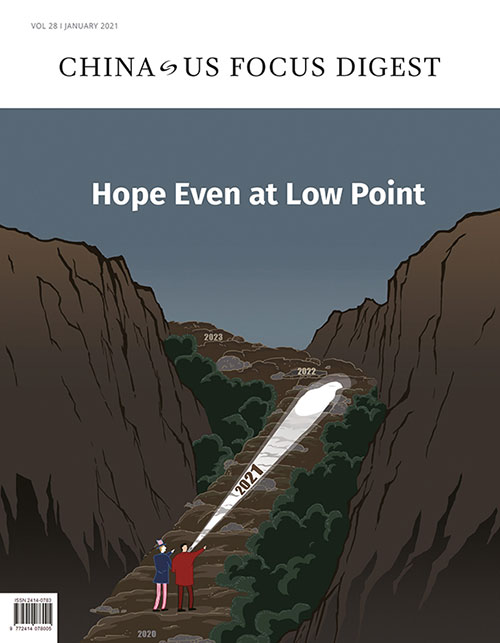 V28: Hope Even at Low Point

For China-U.S. relations, the past 12 months have been tumultuous, framed by the COVID-19 pandemic and marked by an accelerating downward spiral caused by an incessant stream of sanctions from an openly hostile Trump administration. With Joe Biden in the Oval Office, a window of opportunity will open for readjustment.

In this issue, we highlight measured hopes, earnest reservations and, most important, recommendations from a range of Chinese and American academics outlining what both governments and societies can do to offset the damage already inflicted. Their thoughts shine light on the path leading out of the abyss.

We dedicate this issue to Professor Erza Vogel who died in December. As one of the leading U.S. scholars on East Asia, Vogel devoted his life to bringing people closer. His academic research and writing, as well as his interaction with different cultures, are invaluable. In July, China-U.S. Focus had the honor of hosting Vogel in a video interview, one of the last he gave before his death.