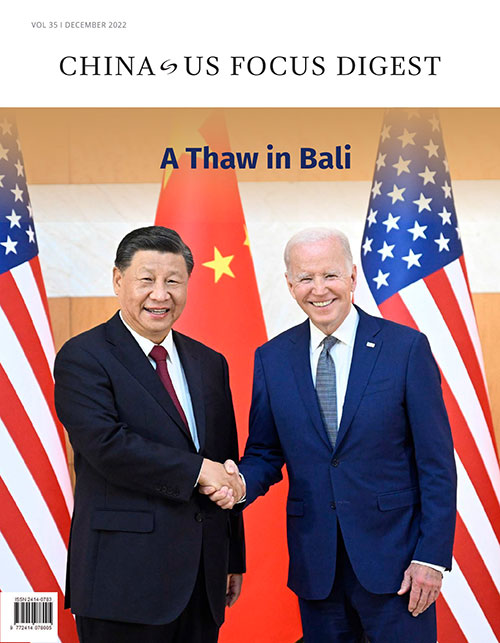 The much-anticipated in-person meeting between Chinese President Xi Jinping and his American counterpart, Joe Biden, on Nov. 14 on the sidelines of the G20 meeting in Bali, Indonesia, created a window of opportunity for the two countries to begin repairing their deeply frayed relationship.

Their clear instruction to officials in their governments to immediately start working cooperatively on a range of issues, from climate change to finance and trade, has already gained traction. The worrisome state of bilateral ties finally has a chance to bottom out and find a new equilibrium.

Our contributors describe the latest developments as a catalyst for normalcy, a critical first step, a thaw or putting a floor under relations. Yet their positive comments come with footnotes of caution, as they also see an arduous road ahead to rebuild trust and confidence.

In this issue, we begin by featuring three scholars — Chen Dongxiao in Shanghai, Joseph Nye in Boston and Jeffrey Sachs in New York — in an interview format, gauging their views on what Xi and Biden managed to achieve in Bali and what it means for competition and cooperation between China and the United States.