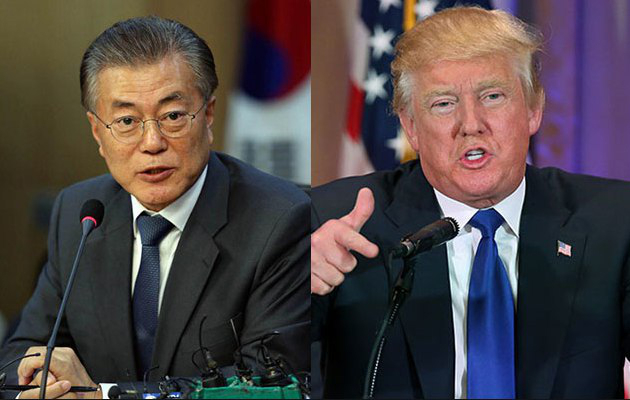 The death of detained American citizen, Otto Warmbier, came as a shock to the international community. Warmbier died just days after North Korean authorities returned him to the U.S. in a comatose state after the Democratic People’s Republic of Korea (DPRK) sentenced him to 15 years hard labor on trumped-up charges for allegedly stealing a propaganda poster.

Rather than serving as a pretext for engagement, Warmbier’s return to the U.S. and subsequent death is yet another nail in the coffin for already imperiled U.S.-North Korea relations. Warmbier’s passing merits a strong response from the U.S. government, but will also likely require a coordinated response from other regional actors, including China and South Korea. Two significant events, the Diplomatic and Security Dialogue (D&SD) between the U.S. and China, and the upcoming summit between President Trump and newly elected South Korean President Moon Jae-in may be defining moments for developing a more coordinated regional strategy to address North Korea.

Arguably one area of difference, however, is the extent to which President Trump emphasizes engaging China to address North Korea. North Korea featured prominently in discussions during President Xi’s visit to the U.S. And coordination on North Korea was a big focus in the first of four dialogues held last week between the U.S. and China, the D&SD, where President Trump reiterated his desire to work with China to mitigate the North Korean threat.

At the D&SD, Secretary of State Rex Tillerson and Secretary of Defense James Mattis repeated calls for China to use its leverage as an ally and key trading partner of North Korea to pressure the regime and urged China to comply with UN sanctions regulations. Additionally, Secretary Tillerson highlighted U.S. and China’s calls for “complete, verifiable, and irreversible denuclearization of the Korean peninsula.”

The Trump administration’s hopes that China can rein in North Korea are not entirely misplaced. After North Korea conducted its fourth and fifth nuclear tests in 2016, the Chinese government demonstrated a willingness to clamp down on its rogue ally through full implementation of UN sanctions. In addition to enforcing UN sanctions in the short-term, China took a number of bilateral actions against the Kim regime, including freezing North Korean assets and suspending North Korean bank operations, among other targeted actions.

However, the Trump administration also has grounds for skepticism. After all, China’s previous attempts at pressuring the DPRK have often been more bark than bite.  China’s fervent insistence that it curtailed trade with North Korea, for example, are contradicted by ever-rising trade figures between the two countries. While China-North Korea trade fluctuated throughout 2016, trade between China and North Korea was up 37.4 percent during the first quarter of 2017.

The DPRK’s dependency on China for trade, aid, and goods (North Korea receives 90 percent of its food and energy from China) grants China a tremendous amount of leverage. However, China’s inconsistent use of that leverage comports with what Senior Fellow for Northeast Asia at The Heritage Foundation, Bruce Klingner identifies as Chinese “foot-dragging” on North Korea.

Hopefully, President Trump has realized Beijing will yet again fail to deliver on its promises. Trump tweeted that, “While I greatly appreciate the efforts of President Xi & China to help with North Korea,” the president said, “it has not worked out. At least I know China tried!” Hopefully this reflects a new administration determination to fully enforce U.S. law, including imposing secondary sanction on Chinese violators.

Warmbier’s death should be a wake-up call for China. For China’s part, the death of Warmbier should bring the need to address the North Korean threat into even sharper focus. After all, if North Korea is willing to kill an American citizen, what is to say that a Chinese citizen won’t be next?

Expectations for the Trump-Moon Summit

There will also be countless areas of controversy. While President Trump has embarked on his policy of maximum pressure, his South Korean counterpart has signaled a desire for dialogue with North Korea. President Moon, a human rights lawyer with close ties to former South Korean President Roh Moo-hyun, appears to be reenacting his own version of “sunshine policy” which presses for deep engagement with the regime to resolve nuclear issues on the peninsula.

While President Moon since walked back many of his pro-engagement statements made during the brief South Korean election cycle, Moon’s limited support for sanctions is a far cry from Trump’s stated policy of maximum pressure. Beyond that, Moon has continued to stoke the fire on the controversial deployment of the U.S. Terminal High Altitude Air Defense system (THAAD) which remains a point of contention in South Korea’s relationship with China.

The death of Otto Warmbier raises the stakes for U.S. strategy toward North Korea. And the D&SD dialogue with China along with the impending Trump-Moon Summit may very well be subtle, but defining moments for the Trump administration’s evolving policy toward North Korea.

China has much to gain by cooperating with the U.S. on North Korea, and much to lose if it does not. After the D&SD, China should continue to signal its commitment to the denuclearization of North Korea and its willingness to abide by its commitments by enforcing sanctions against the DPRK.

Furthermore, knowing what China knows about Warmbier’s death and the Kim regime’s abuse of its own people, China should reform its own behavior by discontinuing its policy of repatriating North Korean refugees to the DPRK. Such an action would demonstrate China’s willingness to respect global norms and values and communicate a willingness to uphold its international obligations as a signatory to the United Nations Convention on Refugees. Such a move by China would also signal solidarity with the U.S. after the death of Otto Warmbier, while communicating to North Korea that it does not approve of the DPRK’s rights-abusing behavior.

During the Trump-Moon Summit, the two countries should better coordinate their policy and rhetoric regarding North Korea. Human rights issues are likely to be an area of convergence between U.S. and South Korea, especially after the passing of Warmbier. Concerns regarding human rights challenges should be linked with the national security concerns of the two countries to develop a comprehensive, coordinated strategy to address the threat from the DPRK.

After the death of Otto Warmbier, the need to strengthen U.S. policy toward North Korea is even more urgent. At present, the U.S. Congress and the executive are considering solutions, including by not limited to increasing sanctions against North Korea, beefing up the North Korean Human Rights Act, and instituting a travel ban against U.S. citizens traveling to North Korea. After the D&SD and the upcoming Trump-Moon summit, the U.S.’s biggest challenge will be maintaining momentum to institute a solid, consistent, and coordinated U.S. strategy to mitigate the North Korean threat.