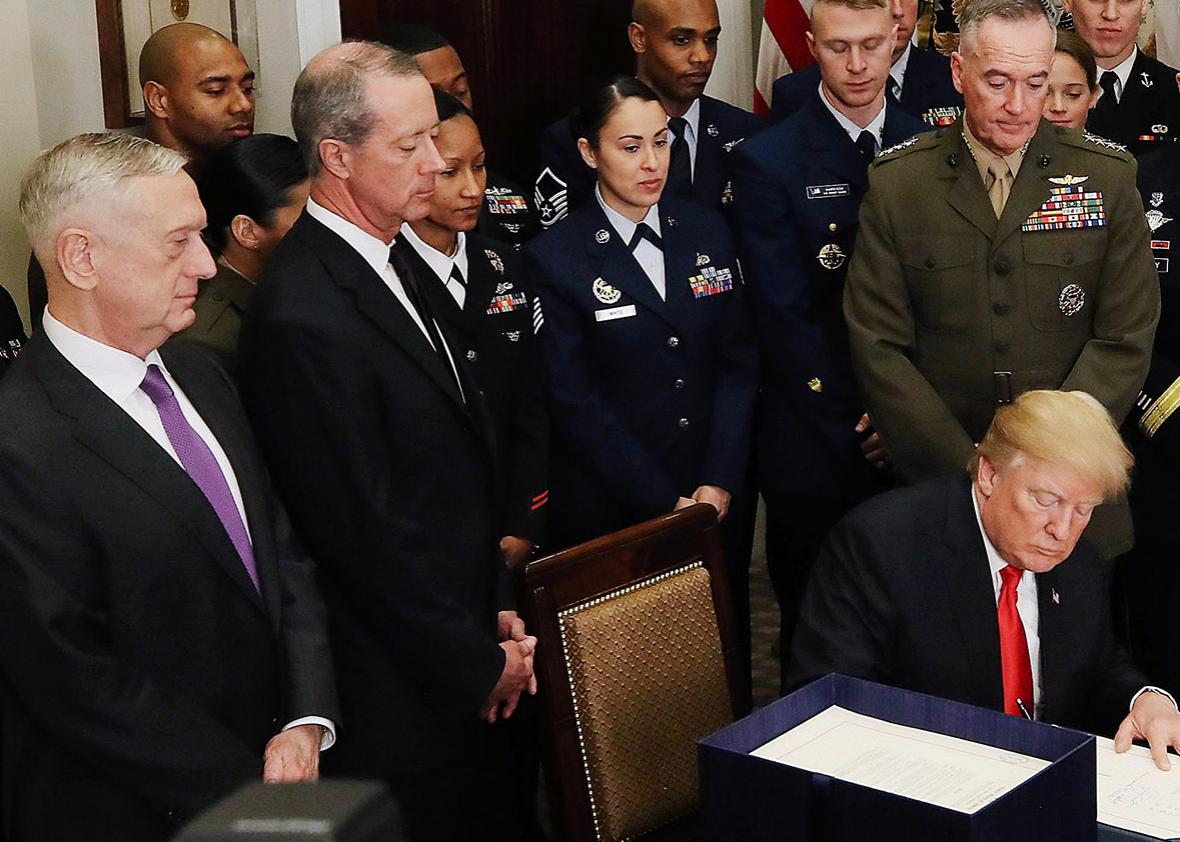 “America First” becomes national strategy, marking the end of multilateralism and the rise of unilateralism. “America First” was a slogan Trump used in his election campaign and a principle he followed after he became president. His NSS states that it “puts America first”, and that it is based on “American principles, a clear-eyed assessment of U.S. interests, and a determination to tackle the challenges that we face.” “America First” has been upgraded from an election slogan to a national security strategy and heralds the decline of U.S. global leadership.

“Engagement strategy” is replaced by “competition strategy”, making U.S. foreign policy more confrontational. Trump’s NSS admits that the engagement strategy the U.S. has followed for 20 years has failed to integrate adversaries into the Western system but instead has helped them develop rapidly and challenge the Western system. Therefore the U.S. must discard its “engagement strategy” for a “competition strategy” and compete with and prevail over them in politics, economics, military affairs, and diplomacy. The NSS states that “an America that can successfully compete is the best way to prevent conflict.” With this guideline, U.S. foreign policy, especially its policy toward China will be more confrontational. Sino-American cooperation relationship will give way to a zero-sum competitive relationship. Friction and confrontation will increase between the two countries and their relations will become more complicated and volatile.

The rebalancing Strategy is replaced by an Indo-Pacific Strategy, seeking to counterbalance China by cooperating with Japan, Australia, and India. Barack Obama’s Rebalancing Strategy sought to establish constructive cooperation relations with China. Trump’s Indo-Pacific Strategy seeks to contain China by expanding and deepening relationships with new partners, encouraging regional cooperation to maintain free and open seaways, cooperating on missile defense with Japan and South Korea, expanding defense and security cooperation with India and encouraging it to become a leading global power. This will give rise to more friction between China, the U.S., Japan, South Korea, India, and Australia, and make China’s international security environment more challenging.

Idealism is replaced by realism, indicating the Trump Administration is more practical. Both George W. Bush’s and Obama’s NSS was filled with idealism, and regarded America’s values and its dominant role in the international order as important strategic pillars by devoting whole chapters to them. Trump’s NSS gives them only small sections. The section “Champion American values” is only one page long. “International order” only appears twice. This shows Trump recognizes the U.S.’ declining strength and influence and is not as keen on disseminating American values and preserving the international order as his predecessors. Trump’s NSS is very practical and describes itself as “a strategy of principled realism that is guided by outcomes, not ideology”, reflecting Trump’s entrepreneurial practicality.

While Trump’s NSS aims at making the U.S. great again, it is doubtful whether it can be fully implemented in the days to come, given that a government shutdown turns out to be the gift for his one-year anniversary as president.