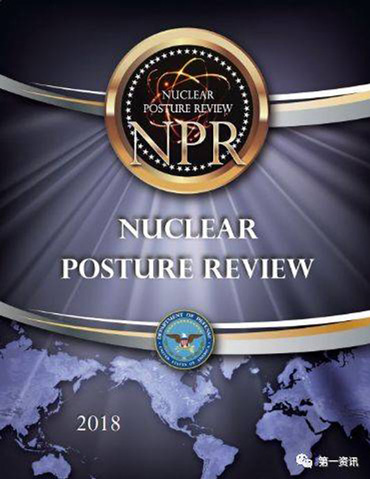 The 2018 U.S. Nuclear Posture Review makes a number of claims about growing Chinese military capabilities and the need for even greater investment in nuclear modernization to counter these supposed threats. To begin, we should keep in mind that the primary threat named in the 2018 NPR is Russia, not China. The broad contours of some of the report’s claims are more or less accurate. China’s nuclear program is not particularly transparent, and the Chinese capacity to counter the U.S. government’s military operations in Asia is growing. However, the review’s conclusions simply do not follow from the data. There is little reason to believe that investing more in an already-bloated nuclear arsenal would do anything to address the concerns of U.S. Defense Department officials, which lie almost entirely in the conventional sphere. As such, the 2018 NPR has to be read more as a political play for a greater resource share by particular branches of the military, rather than as a statement of genuine policy concerns.

The 2018 NPR asserts that there is a lack of transparency regarding China’s nuclear modernization program. Of the major nuclear powers, China offers the least public information about its nuclear weapons stockpiles and programs. As some analysts have argued, China’s reticence in sharing information about its nuclear weapons may stem from the limited size of its arsenal and historical inability to ensure that it could credibly retaliate against an adversary’s first strike. However, it is difficult to believe that the U.S. government finds this opacity particularly threatening given China’s long-standing “no first use” policy and relatively-small arsenal. By contrast, the U.S. government refuses to take a nuclear first strike off the table and maintains a nuclear warhead inventory around 25 times the size of China’s.

The second major claim offered by the Nuclear Policy Review is that China is expanding its conventional capabilities to counter U.S. military power in the Asia-Pacific region. Again, this is true. China’s military modernization program continues apace, including the continued development of conventional area-denial weapons like long-range anti-ship missiles. The growth of Chinese military capabilities has troubled U.S. defense planners for years, who worry that their ability to conduct wartime operations near the Chinese coastline will be curtailed. However, there is no obvious link between this fact and the proposed investment in the U.S. nuclear arsenal. How would expanded U.S. nuclear spending curb Chinese efforts at military modernization? Would China be ‘more deterred’ from a conventional military challenge by the proposed spending than by the U.S.’s already-massive nuclear stockpile?

As has been written elsewhere, changes in U.S. administrations do not generally result in radical changes in U.S. military and foreign policy. The 2018 NPR seems to be consistent both with long-term trends – namely, the Obama administration’s requested budget increases for nuclear modernization – and with Donald Trump’s oft-stated enthusiasm for nuclear weapons. (Who could forget the President’s professed desired to expand the existing stockpile ten times?) The 2018 document proposes to double spending on the nuclear arsenal to around 6.4% of the military budget, a commitment of at least $18 billion annually over the next ten years. For the same price, the U.S. could permanently end homelessness nationwide or completely rebuild Puerto Rico’s devastated power grid.

As one might expect, the Chinese government offered a less-than-sanguine response to this report. A spokesman for China’s Ministry of Defense described the report’s characterization of Chinese intentions as “wild guesses,” and stated that China “has always kept its own nuclear forces at the minimum level required by national security.” Nevertheless, it is hard to believe that the Chinese government is deeply troubled by an essentially routine document aimed mainly at a U.S. audience.

There is little clear linkage between the challenges identified by the 2018 NPR and the recommendation of increasing spending on nuclear modernization. Like many reports of its kind, the Nuclear Posture Review exaggerates the threat that other powers pose to the United States in order to justify increased military spending. Given that this particular policy goal spans both the Obama and Trump administrations, it stands to reason that the report is largely a product of those sections of the Pentagon who would benefit from an increase in nuclear weapons funding. With clear support from the White House and a sympathetic Congress, it seems likely that much or all of the requested funding increases could be approved.

The tragedy here is the U.S. government’s continuing preference for funding largely-useless weapons programs over vital, immediate needs like expanded social welfare programs, infrastructure, and education. This legacy of the wasteful Cold War arms race – the nuclear triad – should be on its way to being dismantled, not being refitted. It is difficult to ignore the absurdity of spending billions more dollars on nuclear weapons for a nigh-unthinkable conflict while miners in West Virginia are dying from the once-eradicated disease of black lung. These are the markings of an empire in decline.

Nuclear SecurityArms ControlKorean Peninsula
printTweet
You might also like
Back to Top
CHINA US Focus 2018 China-United States Exchange Foundation. All rights reserved. Disclaimer