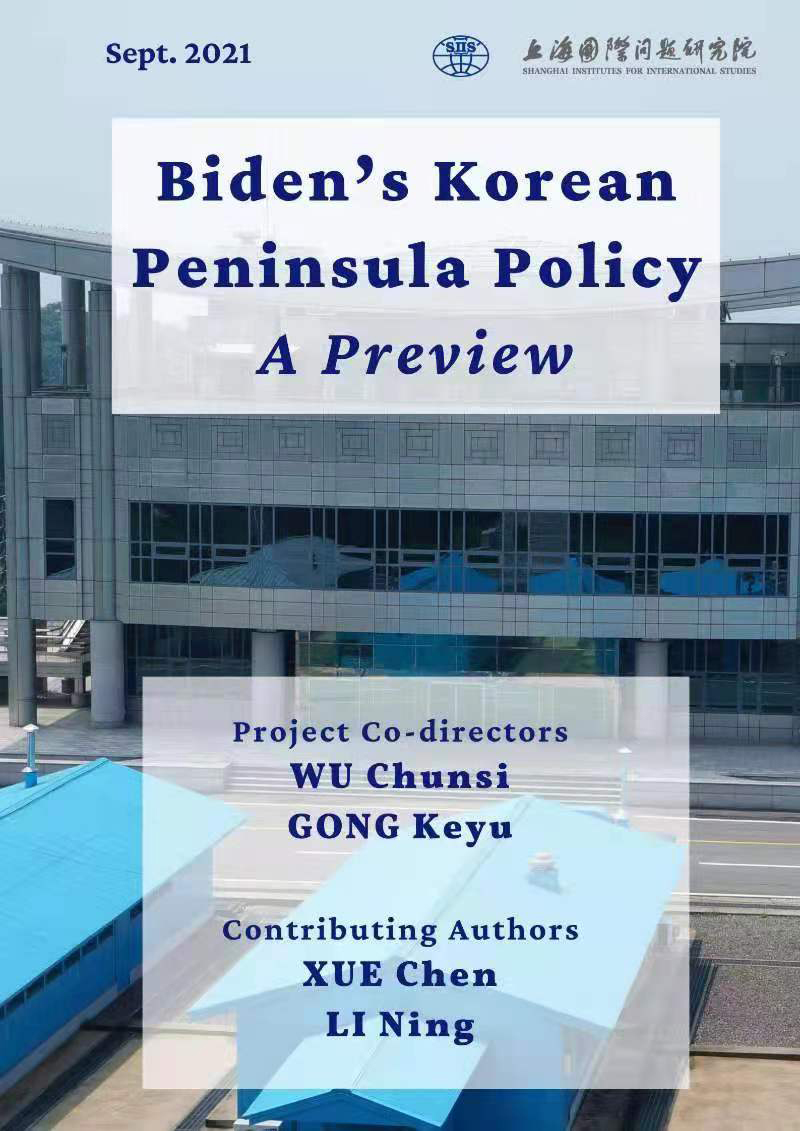 Since the Biden administration took office, its approach and strategy for domestic and foreign affairs have become the focus of global attention. The new administration’s policy toward the Korean Peninsula is one of the most heatedly debated subjects among policymakers and pundits. After three summit meetings between the U.S. and DPRK leaders during the Trump administration, should we expect major diplomatic proposals, initiatives, or events on President Biden’s watch? Indeed, the past four years have seen major changes in regional security architecture, the most noticeable of which are dynamics on the Korean Peninsula and intensified China-U.S. strategic rivalry. In this context, a comprehensive overhaul of US approach to global affairs is expected under a Democratic administration staffed with foreign policy veterans, and the Korean Peninsula policy will be among the most consequential decisions for Biden’s White House.

As generally believed, it will take four to six months for the Biden team to conduct a thorough policy review and put its own stamp on Washington’s priorities vis-à-vis Pyongyang. Biden’s new approach to the Peninsula will be informed by Washington’s assessment of Pyongyang’s nuclear and missile capabilities and influenced by the timing and way of early, if any, diplomatic contacts.

U.S. strategic posture toward DPRK and the extent of policy change on Biden’s watch will be defined by the answers to the following key questions.

How does the Biden administration perceive and prioritize the strategic urgency of nuclear issue on the Korean Peninsula?

What is the operational method of Team Biden’s Korea(s) diplomacy and how different is it from that of Mr. Trump’s?

What is the overall tenor of Biden’s DPRK policy and how will Pyongyang react as it awaits and evaluates the Biden administration’s policy review?

How much strategic weight will Washington’s Asian allies carry as President Biden renews emphasis on policy coordination and consultation with Tokyo and Seoul, and what is the prospect of the U.S.-ROK alliance?

How does the growing China-U.S. competition factor into the formulation and implementation of Biden’s Korean Peninsula strategy?

In an effort to delineate the contours of President Biden’s Korean Peninsula policy, the task force at the Shanghai Institutes for International Studies (SIIS) previews Team Biden’s words and writings on the campaign trail and the administration’s early expressions, therefrom making the following observations.

Preoccupied with pressing domestic priorities, the Biden administration has put the Korean Peninsula agenda on the back burner. But the real and growing sense of urgency in the face of multitudes of challenges both at home and abroad is accelerating the normal policy process.

Existing sanctions will be maintained until the Biden administration sees substantive results regarding DPRK’s nuclear and missile arsenal. While keeping up the pressure to coerce Pyongyang back to the negotiating table, President Biden is expected to respond more proactively to the DPRK Leader Kim Jong Un’s overtures and place a high premium on policy reciprocity.

Having declared that America is back, the Biden team will elevate the role of Seoul and Tokyo in its strategic planning and increase trilateral coordination and consultation. But the four years of Trump’s “America First” policy have left the two East Asian allies even more skeptical about Washington’s reliability, complicating Biden’s alliance-mending efforts as divergences of interests and policy goals between Tokyo and Seoul continue to grow.

Stiff competition is more likely to hinder China-U.S. coordination on the Peninsula. The tone, substance, and results of diplomatic engagement between Beijing and Washington over the nuclear issue in the early days of the new administration will give a foretaste of what could ensue on the Peninsula. Positive initial interactions may generate broader implications for China-U.S. relations, regional stability, and global security at large.