A United Front Is Needed on North Korea 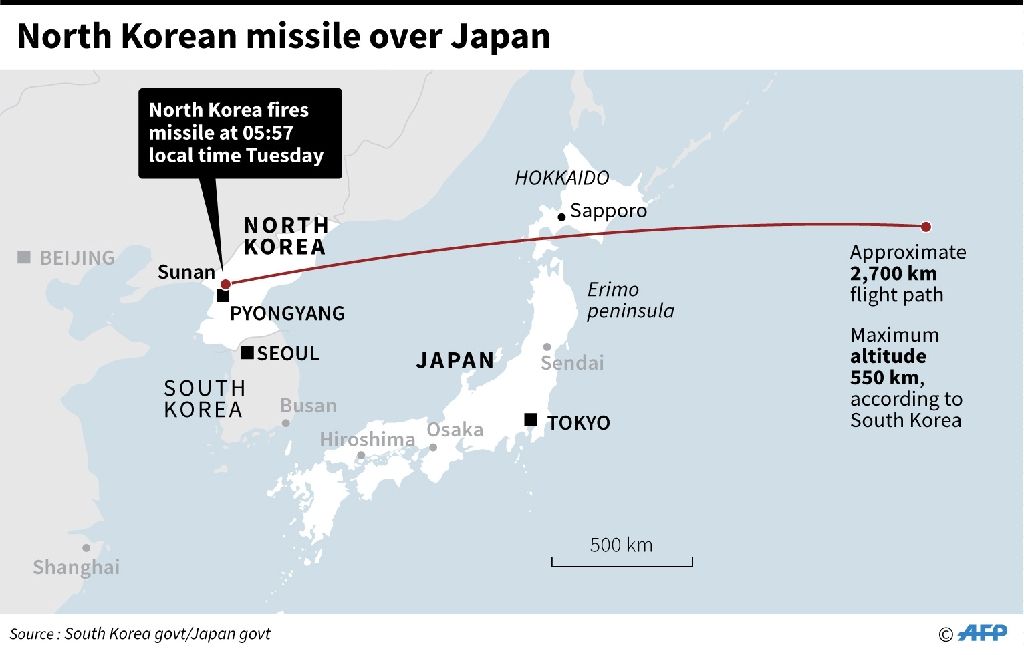 Beijing has long held three objectives for East Asia, and the Korean Peninsula in particular.

The first is to promote general peace and stability premised on North Korea's diplomatic normalisation with the United States and South Korea.

Third, China aims to preserve a regional strategic equilibrium between itself and the United States by maintaining its own defensive edge and a reliable level of strategic deterrence.

But the current security situation on the Korean Peninsula seems to be moving further away from Beijing’s preferred objectives. Of most concern are the risks caused by North Korea stepping up its nuclear weapons and missile capabilities.

On the one hand, the prospect of rolling back the nuclearisation of the Korean Peninsula has faded away. Pyongyang has increased both the scope and speed of its nuclear weapons and missile capability development. Since Kim Jong-un inherited power six years ago, Pyongyang has already conducted three nuclear tests and a fourth test is said to be imminent. Pyongyang has also undertaken more than 75 short-to-immediate-range ballistic missiles tests, including launching a missile from a submarine.

In July 2017 alone, Pyongyang conducted two long-range missile tests. Many believe that the missiles tested are intercontinental ballistic missiles with enough range to strike the US mainland — a significant and surprising advance. Despite differing assessments of the missiles’ targeting systems and their ability to deliver a nuclear device or significant payload, Pyongyang’s status as a de facto nuclear weapons country already seems beyond doubt. The real question now is how long Japan and South Korea will maintain their confidence in the US nuclear protection umbrella before they move to develop their own nuclear deterrent capabilities.

Despite Secretary of State Rex Tillerson's ‘four nots’ reassurance to North Korea — that the US will not seek regime change, the collapse of the regime, an accelerated reunification of the Korean Peninsula, or an excuse to send the US military north of the 38th parallel — many in the United States, including a significant number in Congress, believe that the time for negotiation with North Korea is over. President Trump has been called upon to follow through on his ‘maximum pressure’ policy, including pressing China to impose sanctions and economic embargoes on North Korea.

Whenever hostility and tension between Pyongyang and Washington rises, so too does the risk of miscalculation between them and the possibility of inadvertent military confrontation. President Trump’s petulant and unpredictable personal character should not be understated in such a highly tense atmosphere. His recent provocative remarks of "fury and fire" did nothing to deter Pyongyang but further ratcheted up tension.

As a consequence, regional security and strategic stability are at risk of breaking down. The US deployment of the Terminal High Altitude Area Defense system (THAAD) in South Korea has not only undermined the strategic deterrence capabilities of both China and Russia, but also strained relations between Beijing and Seoul.

Perhaps more importantly, the North Korean nuclear issue has made Beijing’s relations with Washington more unpredictable. Washington complains that Beijing, with its unique economic leverage over North Korea, has fallen short of its responsibilities to rein in Pyongyang’s misbehaviour. Beijing in return argues that Washington has long failed in its own attempts at risk-reduction on the peninsula.

Pyongyang must of course be blamed for its violation of UN resolutions and is responsible for rising tension and instability across the region. But it is widely recognised that North Korea’s nuclear issue is both the cause and result of the security situation on the Korean Peninsula. The root cause of North Korea’s decision to develop nuclear weapons is the deeply entrenched hostility Washington and Seoul have towards Pyongyang.

Today the Korean Peninsula is the only sub-region of the Asia Pacific that is still framed by Cold War structures, and the 38th parallel remains home to the world’s largest and most dangerous military standoff. From Pyongyang’s perspective, developing nuclear weapons provides an element of deterrence against a regime-change attack from the United States and other outside threats by raising the cost of conflict.

Pyongyang will never shy away from pressing for more concessions by leveraging its nuclear weapons program, even at the expense of China’s national security interests and overall regional stability. It should also recognise that its persistence in developing nuclear weapons has made improving its economy (its byungjin policy) impossible.

To a large extent, the spiralling tensions over the North Korean nuclear issue should also be attributed to Washington and Seoul continuously flip-flopping in their policies towards Pyongyang, which has damaged their credibility. The deficit of strategic collaboration and the lack of synchronised efforts among the key stakeholders, including China and the United States, have given Pyongyang more opportunities to drive wedges between these states.

These wedges have enabled North Korea to evade international pressure and reduced the efficacy and credibility of both the carrots and sticks used on it. What’s more, the deeply entrenched strategic suspicion among key players — particularly between Beijing and Washington — has rendered the supposed united front against North Korea’s nuclear program even more fragile and vulnerable.

For more than a decade, Beijing has tried very hard to influence the security trajectory of the Korean Peninsula, convening the Six Party Talks, encouraging efforts for reconciliation between Washington and Pyongyang, and urging maximum restraint on all parties to avert escalating tensions.

But there is still room and a need for improvement in Beijing’s policy, particularly on how to send a stronger and clearer message of opposition to Pyongyang’s nuclear weapons program, and other related programs in violation of UN resolutions. Beijing’s decision to turn the screws on North Korea by contracting its economic and trade ties with Pyongyang this year is the right step forward to ensure Pyongyang pays a higher price for its irresponsible behaviour.

Having said that, it is Pyongyang and Washington that hold the key to the final solution of the North Korean nuclear crisis. Beijing will definitely reject the rebuke from Washington and others that China has done little to help solve the crisis.

It is likely that Beijing will more forcefully pursue dual-track approaches, simultaneously seeking to roll back North Korean nuclearisation and encouraging constructive dialogue between Pyongyang and Washington.

On the one hand, Beijing is determined to send a stronger message to Pyongyang that its nuclear weapons development will face tougher and more resolute opposition from the international community, including from China. Beijing needs to reconsider its quasi-alliance commitment towards Pyongyang unless the latter stops its nuclear weapons program and any other unilateral provocative actions jeaopordising China's vital security interests. Only by freezing and finally ending its nuclear and related missile programs in line with UN resolutions will Pyongyang be able to get economic, diplomatic, and security returns from the international community. While Beijing will spare no effort to maximise diplomatic opportunities for the management of the Korean nuclear crisis, it has also been stepping up preparations for the worst-case scenario.

On the other hand, encouraging reconciliation between Washington and Pyongyang, as well as between Seoul and Pyongyang, is no less important. The challenge is how to integrate this pressure and dialogue in a more synchronised approach so that dialogue with Pyongyang is as clear, strong, and credible as possible. As a first step to reduce tension, both Pyongyang and Washington need to seriously consider the ‘double suspension’ proposal — Pyongyang suspending its nuclear and long-range missile tests in exchange for the suspension of joint military exercises or other shows of force game targeting Pyongyang by Washington and its allies. Meanwhile, Beijing's message towards Washington should also be very clear and stern: China will intervene, including militarily, if the US and its allies attempt any preemptive military action against North Korea for regime change.

In order to inject new momentum to reverse the downward security trajectory on the Korean Peninsula and defuse the North Korean nuclear crisis, enhanced collaboration and concerted efforts are desperately needed between and among key players, including China, Russia and the United States. Innovative ideas should be encouraged, such as the proposal of a joint security assurance from Beijing, Moscow, and Washington towards Pyongyang in return for it freezing and final ending production of nuclear weapons.

Neither unilateral pressure nor fragmented and disintegrated incentives will work. Given the seriousness and the increasing urgency of the crisis surrounding the Korean Peninsula, all concerned parties should step up their risk-reduction efforts before it is too late.