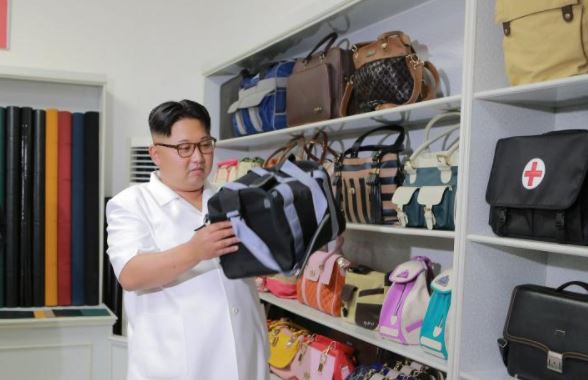 North Korea is one of the most insular countries in the world. That insularity is a curse for the long-suffering North Korean people, but an advantage for a sanction-based strategy, because only one country is needed to make it work: China.

From an economic perspective, China is the only country that really matters to North Korea, as it controls about 90% of the North’s foreign trade and supplies almost all of its fuel. Yet China’s economy would barely register the effect of new sanctions: North Korea’s annual GDP, at a meager $28 billion, constitutes little more than a rounding error for its giant neighbor.

The lack of viable commercial alternatives and the massive asymmetry of power between North Korea and those imposing sanctions mean that a stricter sanctions regime would push the country into a corner. The question is whether economic hardship would induce North Korea to change its nuclear policy. Though it is impossible to say for sure, a look at the economics of North Korea’s nuclear program suggests that it might.

Contrary to popular perception, nuclear arms are weapons of the poor – extraordinarily cheap compared with conventional armaments. In fact, it was this rationale that drove the Soviet Union’s massive nuclear buildup: Soviet leaders, recognizing that they could not compete with the much wealthier United States’ conventional weapons, focused their country’s limited resources on creating a potentially devastating nuclear arsenal.

Likewise, North Korea’s focus on nuclear, rather than conventional, weapons may be enabling it to minimize the tradeoff between guns and butter. Indeed, there are reports of some vitality in the North Korean economy, with markets full of goods and new buildings under construction. Tighter sanctions are therefore needed to increase the economic price that the regime must pay for its nuclear program.

Even if North Korea does not change its policy, total economic isolation may bring about an end to its nuclear program, by sowing internal discord and, ultimately, triggering the regime’s collapse. Yet China hopes to avoid precisely this outcome – which is a key reason why it has so far refused to escalate sanctions further.

China worries that the collapse of the Kim regime would fuel a major refugee crisis, with millions of Koreans pouring across its border in search of food, shelter, and security – and imposing heavy economic and social costs on China in the process. Moreover, Chinese leaders fear the loss of the North Korean buffer separating China from US troops stationed in South Korea. Given the widespread belief in Chinese policy circles that the US secretly hopes to re-fight the Korean war and establish a single US-allied Korea on China’s border, the potency of this concern should not be underestimated.

US President Donald Trump’s administration understands the central importance of China to any strategy to rein in North Korea’s nuclear ambitions. But, so far, the US has relied on threats, such as halting $650 billion in bilateral trade, to persuade China to cooperate. This is not a stick, but a boomerang – one that will hit China and immediately return to smack the US.

What is needed instead are carrots. Persuading China to isolate the North economically will require the international community to establish some agreement regarding how regime collapse would be handled, with an eye to allaying China’s key concerns.

For starters, the entire international community, but especially the US, must explicitly pledge not to attempt to change the nature of the North Korean regime. That means that if the Kim regime collapses, the US will not pursue reunification. Instead, China should exercise primary political custodianship of North Korea in the event that a political vacuum emerges. Come what may, US and South Korean troops would not cross the 38th parallel.

Persuading China to impose potentially regime-destroying sanctions will also require economic pledges, with the entire international community – especially the US, Japan, and South Korea – committing to share the mammoth costs of sheltering refugees and rebuilding North Korea’s economy. While China would inevitably cover a substantial share of these costs, owing to its geographic proximity and historic ties to the North, it needs reassurance that it would not be left to shoulder the burden alone.

Admittedly, this approach is somewhat reminiscent of the one taken at the 1945 Yalta Conference, where leaders of the Soviet Union, the United Kingdom, and the US carved out geopolitical spheres of influence in post-World War II Europe. Moral and ideological objections, therefore, are to be expected.

But it’s time to get real. The nuclear threat posed by North Korea is serious, immediate, and requires a bold response. This is not the time to be constrained by conventions and ideology; it is the time to do whatever is needed to defuse nuclear tensions and protect the lives of those in the Kim regime’s crosshairs.

China is the only country with the power to force North Korea to change its nuclear policy. Convincing the Chinese to wield that power must be world leaders’ top priority.