North Korea Could Determine the Future of U.S.-China Relations - Again 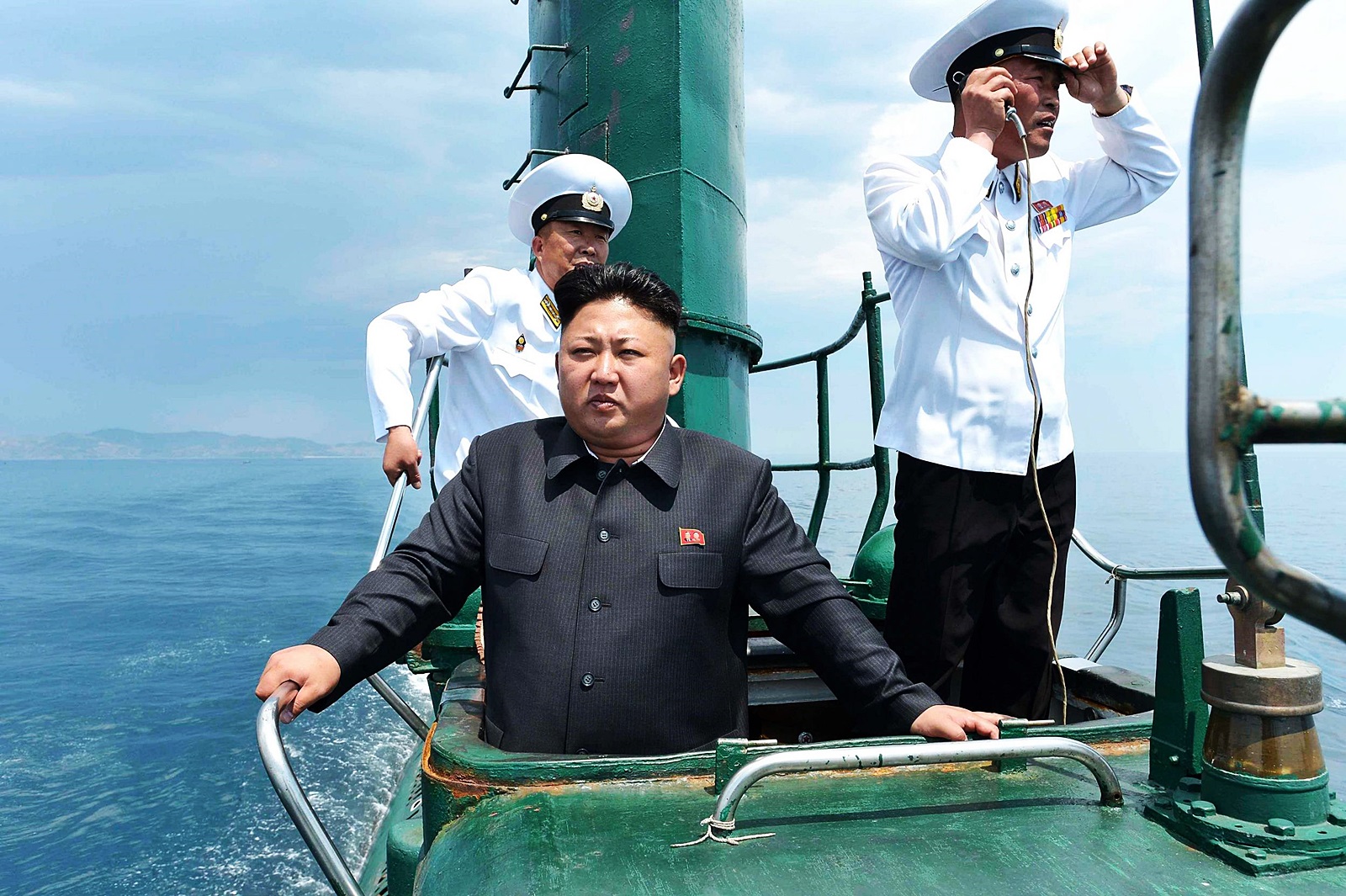 Kim Il Sung’s invasion of South Korea in June 1950 did more than any other event to render the United States and China enemies in the first half of the Cold War. As his grandson, Kim Jong-un, races to develop ICBMs capable of striking the United States with nuclear weapons, the North is once again the variable that could determine the future course of U.S.-China relations in the 21st Century. Genuine strategic cooperation to end the North Korean nuclear threat could transform bilateral relations between Beijing and Washington, while mismanagement and mistrust as Pyongyang escalates could harden divisions and return us to the hostility of an earlier era.

The current debate over U.S.-China cooperation on the North Korea nuclear crisis is largely tactical —whether Washington can find some way to accommodate Beijing’s proposal for a diplomatic gesture towards Pyongyang —namely a freeze in North Korean testing in exchange for a freeze in U.S.-ROK military exercises. Serious discussion of aligning American and Chinese strategic efforts has to begin with a recognition that this “freeze-for-freeze” idea is a non-starter. Any self-imposed constraints on the readiness of the United States, South Korea, and Japan to deter a clear and present danger from the North in exchange for an ephemeral testing halt would only weaken deterrence and the credibility of American alliances. After all, we would be weakening U.S. preparedness to defend allies based on an increasing threat to the American homeland with absolutely no decrease in the threat to Korea and Japan. We also know that Pyongyang enjoys a 100% perfect record for cheating on all previous freezes and diplomatic agreements regarding nuclear weapons. This is not to say that diplomacy with the North should completely end, simply that we can no longer expect the North to be open to a diplomatic negotiation to end its nuclear weapons and missile programs even with the incrementally higher levels of pressure we have placed on the regime through the UN Security Council.

What then would genuine strategic cooperation between the United States and China look like? To some extent the answer lies in the Security Council, where Beijing has agreed once again to increase sanctions on the North with UNSCR 2371, this time apparently removing the loophole for coal exports to China. However, the effectiveness (as opposed to the symbolism) of UN sanctions depends on enforcement. Here China’s record has improved over the past 15 years, but only marginally and hardly keeping pace with the North’s violation of previous sanctions and increased bellicosity and testing of weapons. Genuine strategic cooperation between the United States and China would involve a far more aggressive Chinese campaign to enforce existing UN sanctions and to interdict North Korean money transfers and shipments of missile and nuclear-related technologies from and through China. What would that look like? Imagine the impact on American views of China if the Ministry of State Security proactively invited the CIA in to examine containers seized with uranium enrichment centrifuges or missile components headed for the North. Instead, cooperation on enforcement of UN sanctions is largely grudging and reactive. Not only would more aggressive Chinese enforcement of the letter and spirit of UNSC sanctions harm the North’s programs, it would strengthen the defensive net necessary to intercept any transfer of nuclear-related technology or materials out of the North (something the North Koreans warned our delegation they would do in Beijing in 2003 and subsequently were caught doing with the el Kibar reactor in Syria four years later).

Beijing could also demonstrate common cause with other leading powers by agreeing to reconfigure the larger framework for diplomacy around the Korean Peninsula. When the Bush administration proposed the Six Party Talks in early 2003, the aim was to leverage the influence of the other major powers in Northeast Asia to press Pyongyang to reverse its nuclear programs. Our model was the Contact Group of major powers in Europe that met to coordinate pressure and speak with one voice to Serbia’s intransigent Slobodan Milosevic during the Clinton administration. It worked. In 2003, however, we wanted China to host the talks (so there was no walking away from the problem), and then made the mistake of letting Beijing assert that all six powers had equal legitimacy and status. As a result, the North had a veto over when we would meet and Beijing refused to have a meeting of the other five parties without Pyongyang. There was only one such meeting — called as an audible by Ambassador Fu Ying when the North failed to show up at a session in 2003 — to negotiate the joint statement for the first round of talks. I represented the United States and was struck at how effective a discussion we had. China has refused to convene or join a meeting of the five parties without North Korea ever since. Even Russian diplomats acknowledge the necessity of five party talks at this point, and Beijing would do well to reconsider its insistence on not isolating the North in regional diplomacy. Fear of a North Korean blowback and empowering Japan and Korea (which are not in the UNSC) are at the core of Beijing’s intransigence, but these drivers only spotlight China’s lack of real cooperation on the North Korean problem.

Numerous commentators have argued that the greatest demonstration of strategic cooperation with the United States would be for China to help topple the Kim regime (Secretary of Defense Don Rumsfeld used to drop this “out-of-the-box” proposal in memos the NSC staff called “snow flakes” and it appears the Obama and Trump cabinets have also grasped at this apparent magic bullet at various points as well). The readers of China-US Focus need no reminder of why this is a non-starter for Beijing: the danger of war, chaos in China’s Northeast, and the emergence of a democratic unified Korea aligned (most likely) with the United States. Beijing may be capable of toppling the regime, which relies on China for about 90% of food, exports and fuel, but it does not have the intent or the willpower. North Korea’s nuclear program is designed to ensure that this stays the case as much as it is designed to deter the United States from attack or to glorify the Kim regime.

While there is no path more certain to end the North’s nuclear program and the suffering of its people than the end of the Kim regime, there is a reason that no U.S. administration has actively attempted to topple the leaders in Pyongyang. How would we handle loose nukes? Refugees? The potential of general war on the peninsula that could leave millions dead? Yet planning for exactly this contingency has become more important as the external belligerence of the North is matched by evidence of heightened tensions within the regime. Kim’s violent execution of his own family members and close to one hundred top generals is hardly evidence of a secure long-term political situation. I have been involved in a variety of government and scholarly talks with Chinese experts on how we would cooperate in the event of sudden instability or collapse in the North. The non-government discussions are more fruitful, as one might expect given Chinese sensitivities, but in 15 years of such dialogues I have seen growing evidence that in the event of instability or collapse, the United States and China would have common ground for cooperation. Without more technical and forthcoming exchanges, however, the shock of sudden change in the North could result in mutual mistrust and antagonism, reflecting the underlying divergence in American and Chinese long-term geopolitical objectives for the region as a whole.

This is another reminder of why the future of North Korea is so pivotal to the future of order in Northeast Asia and why the current nuclear crisis is forcing so many hard realities on Beijing. The Korean War was frozen with an armistice, but the longer-term legacy was China’s isolation and the establishment of a U.S.-led alliance system in East Asia. Chinese and world leaders chose to end the former almost five decades ago, and Chinese strategic thinking is underpinned by the assumption that the latter — the American alliance system — will also whither with time. The North Korean nuclear threat is ruining that assumption, as the United States, Japan, the Republic of Korea, and Australia put in place the elements of what could become a lasting collective security arrangement in the region centered on missile defense, nuclear deterrence and joint military capabilities. The driver is the North Korean threat, but everyone knows that uncertainty about Chinese intentions is a factor as well. In fact, American and allied leaders have found that their increasing defense cooperation as North Korea escalates is not only necessary for self-defense, but also to shake Beijing out of its complacent assumption that all will be well if we just lower the rhetoric of all parties around the Korean Peninsula.

For now, this episodic tactical cooperation and strategic mistrust will characterize U.S.-China interactions on North Korea. As the North Korean threat becomes increasingly acute, however, the balance could tip in either direction. Thinking clearly about what we want and can expect from Beijing and then aligning our own alliances, pressure and diplomacy to achieve that is the best way to ensure that we move towards more genuine strategic cooperation on what is ultimately a mutually shared threat.