Opportunities for a Peaceful Settlement of Syria Crisis

Sun Tzu, a military strategist, said in his Art of War that “war is of vital importance to the State; it is a matter of life and death and a road either to safety or to ruin. Hence it is a subject of inquiry which can on no account be neglected”. What he said means that as war bears on the rise and fall of a country, one must think twice and weigh all factors carefully before deciding on going to war. Sun Tzu set the rule for anyone who wished to start a war by writing that “if it is to your advantage, make a forward move; if not, stay where you are.” With regard to the proposed military intervention in Syria, the United States decided, at the last moment, to postpone military action against Syria and work with Russia and other countries in an attempt to diffuse the Syrian crisis through diplomatic means, which has made a political solution to the Syrian crisis a possibility. 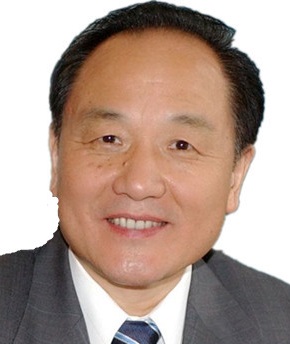 China, the United States, Russia and other major countries have cooperated on finding a way for postponing and possibly avoiding another Middle East war that was about to break out. All these efforts have led to an unprecedented result. In the following 45 days, if the “chemical weapons for peace plan” is implemented, it would create a precedent for successfully stopping military actions by the international community, and offer a new model for major-country cooperation and for readjusting the international order.

Without security and stability in Syria, the Syrian people would not be able to enjoy human rights at all. As President Obama said at the event marking the 911 incident, “force alone cannot build the world we seek.” In fact, the situation in the Middle East is extremely complicated, and many factors have contributed to the activation of terrorist forces. Therefore, military intervention has long become a “disadvantageous” option. The crisis in Syria has taught us that all countries should adopt a new way of thinking, and cooperate from a new perspective. The Art of War also says that “it is better to win the heart of the people than to capture the city”, which offers a new path forward for dissolving the Syrian crisis, instead of solving the crisis by new military intervention. In other words, “the greatest victory in war is one attained without fighting.” Mr. Nabil Elaraby, Secretary-General the League of Arab States said that the problem is that the Syrian government believed that it had a strong army and could conquer its enemy while the opposition forces in Syria believed that they would get external support so long as they continued to fight. Therefore, neither side would give up military means for their defense. This is the impasse that they have reached. This calls for international community to lead them out of this impasse.

The Syrian tension has presented us with an important opportunity. China, the United States, Russia and other major countries, the international community and other relevant parties should give the United Nations a leading role, take advantage of this opportunity, make a pro-active and rational response to it, and jointly play a constructive role in pushing for a political solution to the Syrian crisis. Facts have proved that the only way out for the Syrian crisis is to convene a Geneva-2 conference on Syrian, resolve differences through dialogue and negotiations, and reach a negotiated settlement.