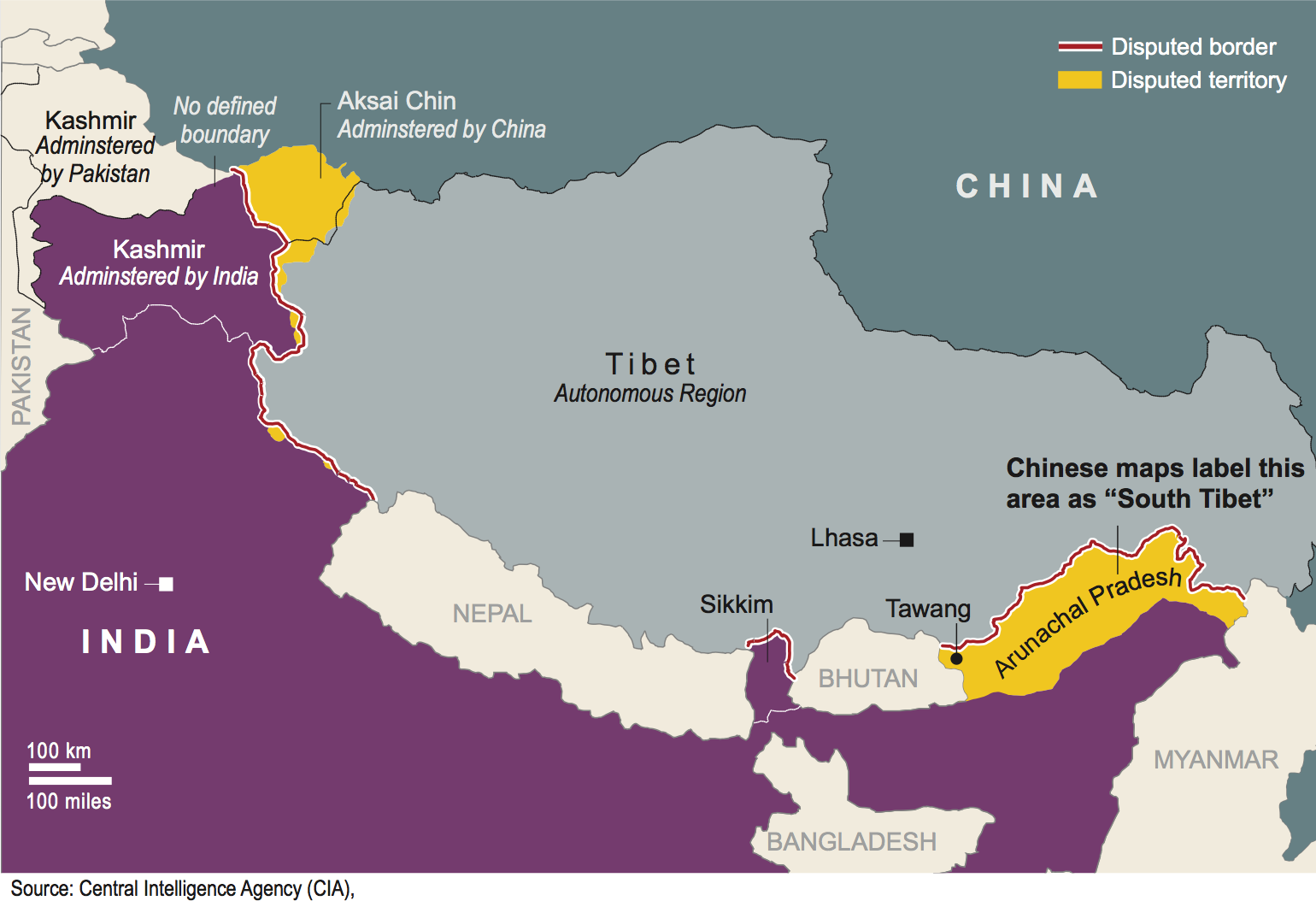 US intelligence circles have one principle: Threat equals capability times motivation, and when either of the two factors has a value of zero, threat equals zero. Under such a principle, in the face of a security risk, both the subject’s capability and motive must be evaluated simultaneously, thoroughly.

Thanks to its longstanding arms race with Pakistan, India is very confident in its military capability. That it dared to cross the border, enter Chinese territory and hence a standoff with Chinese troops shows this.

Chinese and Indian territories are separated by the Himalayan mountain range, with obvious geographical landmarks at different sections of their boundaries. The special condition has determined that neither side would make a major fuss over border transgression. No party would resort to military means as long as the transgression is considered as isolated and with limited intention, instead of a surprise military offense.

That almost a month after Indian troops entered Chinese territory, China has remained restrained and tolerant has fully demonstrated its sincerity for preserving Chinese-Indian friendship. But such transgression is nothing normal. Since Indian troops have stationed on Chinese territory, and are even preparing for a short, high-intensity war, we should approach the matter from a strategic perspective, and handle it properly.

Second, ask the Indian side to candidly explain its real purpose and motivation. The key to the present problem is making clear what has resulted in the conflict. If, as some foreign media observed, the transgression was driven by its US policy, and a move for Modi’s US visit, or out of considerations about domestic politics and a move related to the July 17 presidential election, it should be understandable to Beijing. Neither will it be a major problem if it is meant to disrupt the China-Bhutan negotiations on borer demarcation. If India is just worried about the Chinese side’s road-building in the Doklam area, China may also take steps to eliminate its hostility.

Third, strive to reach strategic consensuses with the Indian side on “one road, one belt“. Indian troops‘ transgression may represent a higher strategic intention, including considerations about interrupting the “Belt and Road“ initiative, because India is the only major country resisting it, and some political elites in India have displayed conspicuous antagonism against China‘s development. India has also expressed dissatisfaction with the China-Pakistan Economic Corridor, saying it crosses its “territory”. But such an excuse is untenable. Beijing should try to persuade New Delhi that the Belt and Road is hardly different than its own “South-North Transport Corridor“ in nature, and the two initiatives can be complementary in practice. If India narrow-mindedly attempts to disrupt the Belt and Road, it would not only be strategically short-sighted, but will also be politically reactionary, and end up losing in the end.

Last, adhere to our bottom line and get ready for the worst. Diplomatic negotiations do not mean giving in easily, and meeting the rival’s insatiable demands. It is important to remind India that if it forces China to fight a limited war, China is determined to win. As long as our side stays reasonable, restrained and proceeds from our best interests as well as concern about friendly bilateral ties, it is possible to narrow our differences, resolve our disputes.