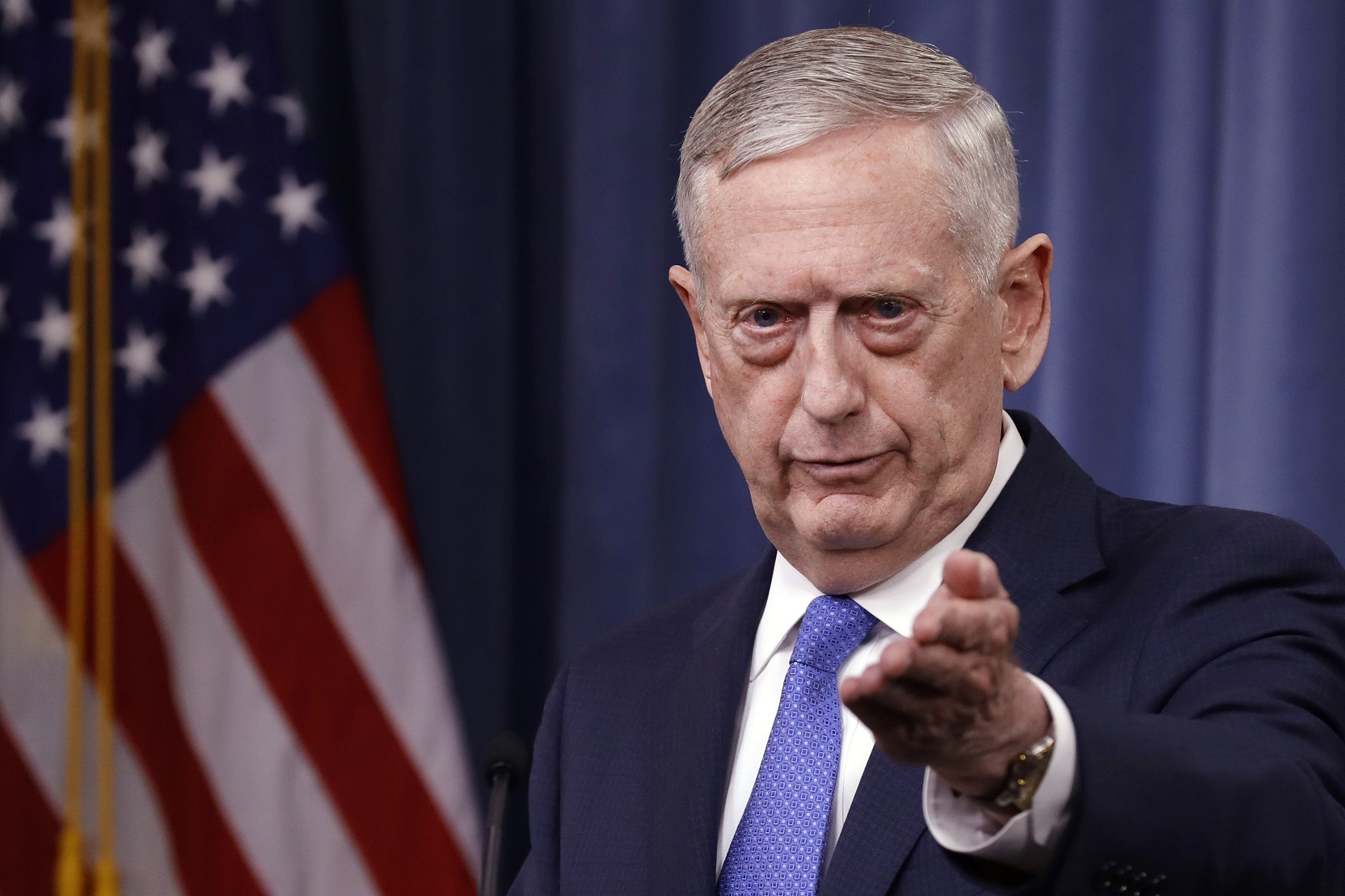 US Secretary of Defense James Mattis delivered his keynote speech on U.S. Asia-Pacific security policy at the IISS Shangri-La Dialogue on June 3 in Singapore. He tried to live up to the expectations of more than 500 participants by reassuring the region of continuing U.S. security commitments. He presented an overview of the region, the priority his government placed on the region, its enduring defense and relationship commitments, its threat assessment and approaches to regional security. Much of what he said is inherited from his predecessors who had stood on the same podium before. Even the catch phrases sound very familiar. For example, the Asia Pacific is defined as a “priority region” and the U.S. a “Pacific nation in both geography and outlook”. The U.S. supports “rules-based order” including freedom of navigation and over flight, and opposes disrespect for international law including unilateral change of status quo. Confronted with questions on US withdrawal from the TPP and the Paris Accord, Mattis only murmured without explaining whether these withdrawals could be regarded as rules-abiding or rules-disrupting behavior.

A more careful study of his two-part speech (threat assessment, and approaches to threats) reveals much continuity but some deviations from the Obama administration‘s Asia-Pacific security policy.

The Obama administration had been consistent in naming North Korea, Russia, China and Iran as threat- or challenge-presenting state actors. Mattis did not change that assessment. Given he was talking about the Asia Pacific region, only North Korea and China were mentioned. However, they were defined in very different language. North Korea is “the most urgent and dangerous threat to peace and security”, with “nuclear-weapons program maturing as a threat to all”. Mattis stressed again that “the era of strategic patience is over”, which can be viewed as a shift from the Obama administration; the policy of strategic patience aimed to wait for the collapse of the DPRK and impose on China the responsibility of reining in its neighbor.Another change was his repetition of Secretary of State Rex Tillerson’s rejection of regime change as a policy goal. In fact, no US governments have ever made regime change a declared policy goal, but they all had implied, expected and desired such an end-state, which provided one of the major drivers for the DPRK's nuclearization. The secretary urged China to recognize North Korea as “a strategic liability” and as the previous administration did, pushed China to do more.

China has been discussed in a much more sophisticated manner. Mattis presented China, first of all, as a challenge rather than a threat. The United States welcomes China’s economic rise, recognizes its legitimate position of influence, anticipates frictions, and does not accept its “actions impinging on the interests of the international community”, and “undermining the rules-based order”. While admitting competition with China was bound to occur, he also rejected the idea that conflict was inevitable. He elaborated on how to work with China where interest overlapped, and how to manage competition where interests differed. It seems that the traditional China policy stressing “hedging” on the one hand and “engaging” on the other, will continue to guide American interactions with China in the Trump administration.

Apart from state actors, Mattis singled out the violent extremist organizations such as ISIS as top non-traditional security threats and called for cooperation in data sharing and maritime-domain awareness to better protect the people, and for coalitions, partnerships, and more timely and decisive actions to stop the threat from growing, especially in Southeast Asia.

In dealing with the threats and challenges, Secretaty Mattis came up with a three-pillar approach: strengthening alliances, empowering countries, and enhancing military capabilities in the region. Commitment to strengthening alliances the U.S. has with five regional allies (Japan, Australia, the Republic of Korea, the Philippines and Thailand) has always been the mainstay in US Asia Pacific policy and we see little change in this regard. However, while elaborating the second pillar, he made a blunt statement not usually heard on multilateral platforms such as the Shangri-La Dialogue. After citing India, Vietnam and Singapore as valuable security partners, Mattis pledged to “work with Taiwan and its democratic government to provide it the defense articles necessary”. The mentioning of Taiwan in the category of countries, and the pledge of continued arms sale under “Taiwan Relations Act”, provoked a sharp question on America’s One China Policy from a Chinese PLA officer, and the secretary had to confirm that the long-held policy had not changed. The last pillar is an echo of words and figures of the Obama administration, which adopted the strategy of “rebalance toward the Asia Pacific”. The secretary again listed as examples of US commitment to the region, the 60% of Navy ships, 55% of Army forces and two-thirds of Fleet Marine forces in the Pacific Command’s AOR (area of responsibility), and the additional 60% of overseas tactical-aviation assets. In the secretary’s own words, enhanced military power in the region could “strengthen the rules-based order by better positioning us to support regional stability in a changing region.”

In summing up, we can safely say that Secretary Mattis’ Asia Pacific policy statement has all the core ingredients of the Obama administration, even though the labels such as “rebalance” and “pivot to Asia” were missing. Is his speech reassuring to the regional ears? It depends. If the region is looking for a continuation of U.S. regional policy, it must have been reassured. If the region is looking for creative and new approaches to maintain regional peace and stability, it must have been disappointed.

IISSAsian SecurityUS Defense Secretary
printTweet
You might also like
Back to Top
CHINA US Focus 2018 China-United States Exchange Foundation. All rights reserved. Disclaimer