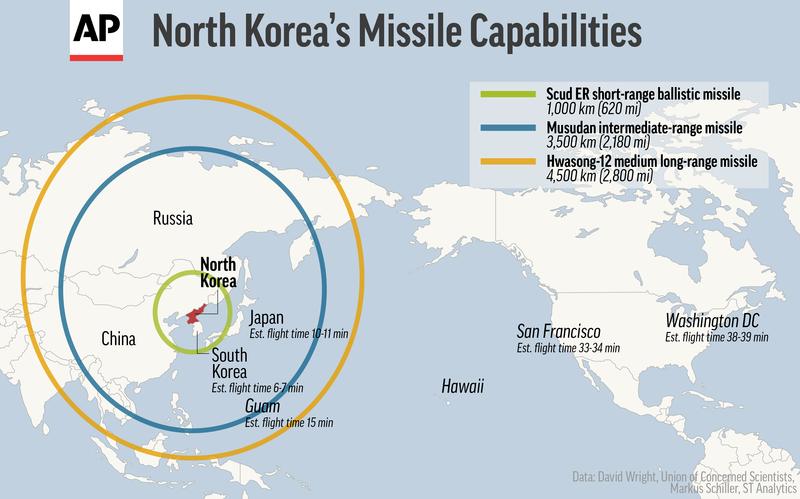 Any effective security paradigm must address the legitimate security concerns and interests of all its members. Common security takes on special significance and urgency in the context of the divided Korean peninsula, given its position as a sensitive flashpoint and strategic pivot of Northeast Asia. In this environment, as elsewhere, we have to start from the premise that there has never been and never can be absolute security. No lesser realist than Henry Kissinger highlighted the basic flaw in any quest for it: “The desire of one power for absolute security means the absolute insecurity for all the others."

Even more revealingly, in a keynote address at the UN’s European headquarters in Geneva in January, President Xi Jinping called for a world without nuclear weapons: “Nuclear weapons, the Sword of Damocles that hangs over mankind, should be completely prohibited and thoroughly destroyed over time to make the world free of nuclear weapons.” He also urged countries to “build a world of common security for all through joint efforts,” and recognized that “[n]o country in the world can enjoy absolute security.” In contrast, President Donald Trump tweeted that “the United States must greatly strengthen and expand its nuclear capability until such time as the world comes to its senses regarding nukes.”

Because U.S. perceptions have been influenced by the Manichean spirit of 9/11 – states are either for us or against us (Ambassador Haley’s mantra in the Security Council) – there’s the danger of escalating security crises, perhaps even pushing Pyongyang further and irreversibly down the nuclear road. The quest for absolute security is a sure recipe for nuclear proliferation.

The common security approach breaks from the vicious cycle of security dilemmas and the dynamics of self-fulfilling prophecies. To follow a common security approach that recognizes the interrelations and interdependencies between countries, Washington must step back and reassess the moral and practical implications of its foreign-policy commandment “Do as I say, Not as I do” when it comes to nuclear weapons.

In the last two years, and especially since mid-April, there have been several hopeful but underappreciated signs of movement toward common security. First, the Workers’ Party of Korea, the founding and ruling party of the DPRK, held its 7th Congress on May 6, 2016 after a 36-year hiatus. While it was unsurprising that Kim Jong Un was reconfirmed as the leader of the party and the ruler of the country, the congress took a major step back from the first strike doctrine by announcing that “we will not use nuclear weapons first unless aggressive hostile forces violate our independence with nuclear weapons.” Not only did this announcement add an authoritative interpretation of the North’s domestic law on nuclear forces but, more significantly, it reversed the nuclear first-strike posture with the unexpected “no first use” doctrine. This move was followed by a more concrete proposal for denuclearization of the Korean peninsula in July. Notably, the statement was issued by a spokesperson for the DPRK government invoking, for the first time since 2013, “the will left by Kim Il Sung and Kim Jong Il” to denuclearize the peninsula.

Second, after ten years of conservative rule, South Korea now has a progressive president in Moon Jae-in, who is seemingly determined to revive the Sunshine policy of the Kim Dae-jung and Roh Moo-Hyun administrations.

Third, China’s repeated appeals to return to “the right track of seeking a settlement through dialogue and negotiations” represent the most hopeful sign given China’s economic and geopolitical leverage on North Korea. China voiced opposition to North Korea’s fifth nuclear test (September 9, 2016) while calling for an early resumption of the Six-Party Talks in order to solve the Korean Peninsula nuclear issue through political means.

Fourth, as the U.S.-DPRK nuclear confrontation was heating up, female peace activists from more than forty countries, including North and South Korea, urged President Trump to defuse military tensions and start negotiating for peace to prevent war from erupting on the Korean Peninsula. “We are united by our belief that diplomacy is the only way to resolve the nuclear crisis and threat of war now facing the Korean Peninsula,” they wrote in a letter to President Trump in April, which was also signed by North Korea’s Socialist Women’s Union. This was significant, according to Christine Ahn, international coordinator for Women Cross DMZ, a group of female peace activists that helped organize the letter campaign, “because like other organizations in the North, it would not act independently of the wishes of the central government in Pyongyang.”

Fifth, worried about what they described as President Trump’s erratic behavior, in May 64 Democratic legislators urged him to talk directly to the North Koreans – and warned that he would need congressional approval for any preemptive military strike. “Few decisions are more needing of debate than a move to launch attacks, or declare war, on a nuclear-armed state such as North Korea,” read a letter signed by the lawmakers, led by Representative John Conyers Jr. of Michigan, the last Democrat in Congress to have served in the Korean War.

To revive the Six-Party Talks, Beijing has to do more than issue perfunctory diplomatic appeals. First of all, it must resume its proactive mediation / shuttle diplomacy to acquire Pyongyang’s consent. Pyongyang has learned from the fates of Saddam Hussein and Muammar Gaddafi after they discontinued their WMD programs, and the oft-repeated mantra “denuclearization first, negotiation later” is a deal-killer, not a dealmaker. And pacifying North Korea’s insecurity by formally ending the Korean War with a peace treaty, establishing diplomatic relations, allowing membership in key multilateral economic institutions, and providing humanitarian food aid would cost little but would go a long way in building mutual trust and confidence in the negotiation process.

The abolition of nuclear weapons requires that we understand why North Korea chose to go nuclear in the first place. After some twenty-three years of on-again, off-again U.S.-DPRK confrontation and negotiation, it now seems clear that Pyongyang will not give up its nuclear and missile programs without sufficient evidence of the end of U.S. enmity and its punitive sanctions strategy. Only by taking steps to revive the notion of common security, largely by a legally binding peace or non-aggression treaty, can U.S.-DPRK relations and Northeast Asian international relations come to rest on a more stable, safe, and sane footing.