Some Uncomfortable Truths about North Korea 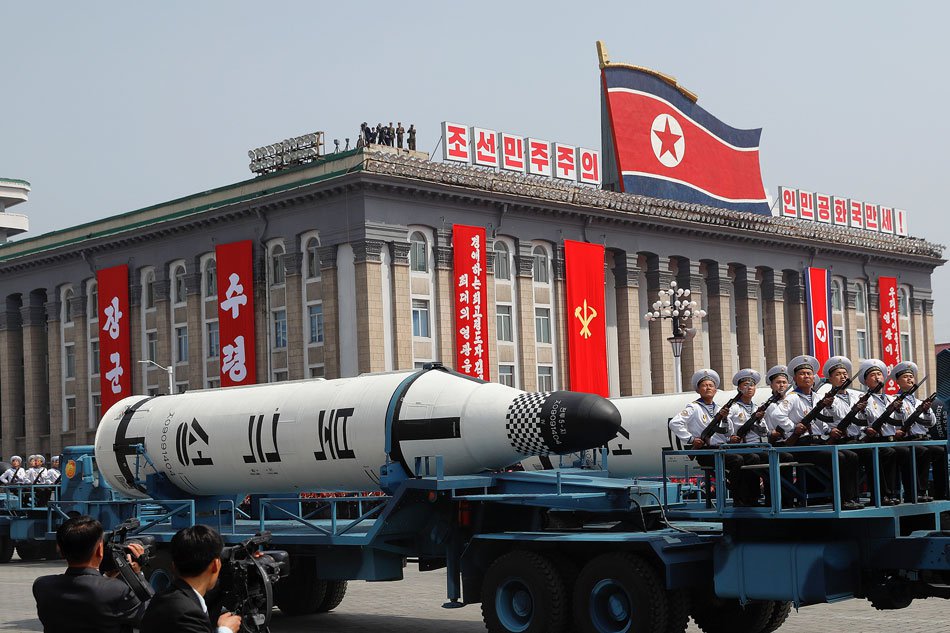 Vehicles carry missiles during a military parade in Pyongyang (Reuters)

Following the unanimous vote to impose tougher economic sanctions on North Korea taken by the Security Council on Monday, September 11, U.S. Ambassador Nikki Haley described North Korea as alone and isolated. While this may be true, the willingness of North Korea to launch yet another missile over Japan just three days later shows that it is not without options in responding to these sanctions. Any celebration on the part of Security Council members is now very short lived, as this crisis shows little sign of abating. It is essential that we come to grips with some very uncomfortable truths about the next phase of the North Korean crisis.

These sanctions will bite, but may need to get tougher, short of war

Too often the debate about economic sanctions gets simplified to a “yes” or “no” on whether they work. It is important to remember that we are asking for sanctions to do quite a bit here. The provisions of the Security Council resolution will absolutely impose costs on North Korea. But the initial proposal by the U.S. to personally sanction Kim Jong Un, as well as impose an oil embargo, is a realization that we may need to impose additional costs on North Korea in order to get it to stop testing. As we have learned over the past week, incremental steps are the only way to get the approval of the Security Council.

North Korea has little incentive to slow its nuclear testing

North Korea has matched President Trump’s inflammatory rhetoric with continued defiance for political as well as technical reasons. North Korea is testing a new administration that is still finding its foreign policy footing, and it has learned that the tests have complicated relationships between the U.S. and regional allies. In that sense, then, they have succeeded in their political objectives. These tests will continue until the North Koreans see that they are truly isolated, and that the U.S. fully supports South Korea and Japan. But this will take time. It took years for U.S. containment of the Soviet Union to moderate its behavior, and it was not without periodic tests of U.S. resolve.

Just as North Korea is pursuing nuclear weapons in order to enhance its security, Japan and South Korea are now exploring ballistic missile defense. The Chinese view these developments as provocative. For the U.S., reassuring all parties in the region becomes increasingly important. Japan and South Korea must not doubt the credibility of U.S. commitments, and the U.S. needs to reassure China that these developments do not pose a threat to them. Whether the Trump administration can accomplish such a task, however, in light of its inability to speak with a single voice, is an open question. The fact that the discussion of withdrawing from the Korea-U.S. Free Trade Agreement has been put on the back burner is a welcome development.

North Korea is a growing challenge to the U.S.-China bilateral relationship

Both China and the U.S. need to prioritize resolving the North Korea problem, and this will require putting other issues on the back burner. Both countries are negotiating on multiple fronts, and making the November Trump visit to Beijing a success will require compromise. For China, this requires seeing their relationship with North Korea as a growing liability, and enforcing the sanctions with arrests of individuals who violate them. For the U.S., this means downplaying the economic blame game. President Trump needs to worry less about the U.S.-Chinese trade deficit and more about how to strengthen U.S. alliances in the region. As we’ve seen in Europe, the administration seems to value impairing or complicating U.S. commitments, but it is only when the U.S. works to improve relationships that it gets the outcomes that it wants.

Both Russia and China have redoubled their efforts to call for dialogue between the U.S. and North Korea, and these efforts are certain to fall on deaf ears. Rolling back U.S.-South Korean military exercises might only gain a pause in testing, but would do little to convince the North Korean government to honor existing Security Council resolutions. More importantly, the White House is not predisposed to reward North Korean noncompliance with a seat at the negotiating table.

The White House needs to stop making its job harder

The Trump administration has spoken at length about the importance of resolve, but some of its rhetoric will only make taking additional steps more difficult. Referring to North Korea as “begging for war” only makes the next round of coalition-building in the Security Council harder. Similarly, for the President to refer to the Security Council’s efforts as “not a big deal” nullifies the effort to craft the deal in the first place. Resolving a regional challenge of this magnitude is a tough assignment for any administration, but it has only been made tougher by a White House struggling to craft coherent messages and develop clear priorities.