The United States and North Korea: Diplomacy is Not a Soft Option – It is the Right Option 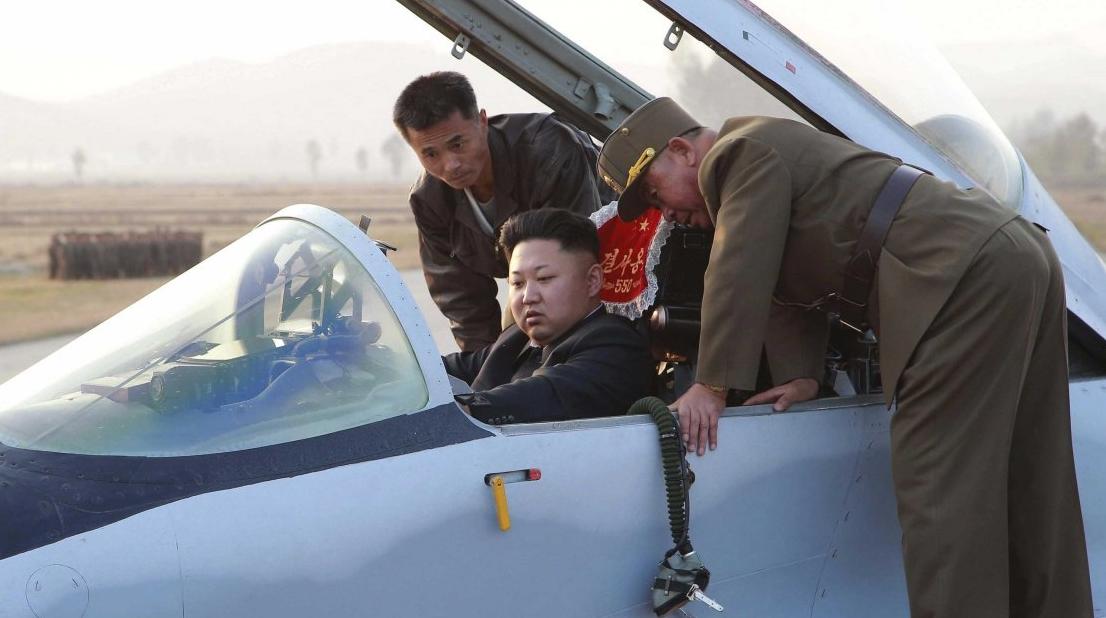 In 2017, with five nuclear tests under its belt, North Korea, one of the poorest countries in the world, can now claim to have the same undeclared nuclear status as India, Pakistan, and Israel, despite North Korea’s nuclear programs being opposed for almost 30 years by the United States, arguably the greatest military and economic power in world history.

So why can’t the United States achieve its policy aims in North Korea?

We know that the United States is constrained from using military force because of the anticipated high number of casualties of any military action against the DPRK. But, the main reason that the United States has failed to achieve its objectives is because it has tied its own hands behind its back - abjuring the use of diplomacy, that most classic of the instruments of state, even when diplomacy could help it to achieve national interest goals.

Ever since the repudiation by George Bush in 2003 — as part of that administration’s ABC doctrine (Anything but Clinton) — of the 1994 Geneva Agreement that had achieved a suspension of North Korean nuclear development, diplomacy with the DPRK has been portrayed in the United States as appeasement.  Appeasement is ipso facto a sign of weakness and morally wrong therefore, diplomacy with the DPRK is understood as both a sign of United States weakness and moral turpitude.

Such an approach to diplomacy betrays a monumental confusion at the heart of American foreign policy. Diplomacy is about negotiating a deal in support of the national interest between adversaries who do not share interests and values. It is far from being a touchy-feely liberal option preferred by those innocent of the tough reality of power politics. Henry Kissinger’s achievements as both scholar and practitioner of diplomacy illustrates more than most the immense rewards for the U.S. when it uses hard-headed diplomacy to pursue strategic goals.

Diplomacy is not a soft option. When Irish negotiators from all sides sat around the table in the 1990s they engaged directly with men and women closely linked to paramilitary organizations that had carried out campaigns of violence that included killing, torture, bombing and kidnapping. Every negotiator had been personally affected by the violence. Yet, these negotiators together achieved a peace deal that, despite setbacks, has positively transformed the society and political institutions of Northern Ireland so that all communities now recognize the impossibility and undesirability of going back to the status quo ante.

Diplomacy should not be confused with ‘engagement’. The latter is at heart a one-side interaction, by individuals and NGOs, via tourism, humanitarian assistance, or cultural interchange, but without expectation of gain. Diplomacy however, is not altruistic. It is carried out with the expectation of gains. It is self-interested.

Diplomats do not speak for themselves, but for the state they represent. The arrest and incarceration of an American diplomat would be an attack on the United States itself and could result in military retaliation. North Korea understands the difference between engagement and diplomacy, which is why American diplomats and those working for international agencies protected by diplomatic conventions, like the United Nations, are not at risk in the DPRK. At the same time, it is difficult to see how much longer the United States government can allow individual American citizens to put themselves at risk of arbitrary detention, as they have been since Kim Jong-Un came to power in late 2011, largely because of increased internal political instability in the DPRK.

A policy of non-engagement should not mean a policy of non-diplomacy, especially as the conditions are right for the U.S. government to achieve a big win in North Korea, precisely because of the universal repugnance towards North Korea’s treatment of its own citizens, as well as foreigners. Not many have to be convinced that the recent death of Otto Warmbier, a formerly healthy young man imprisoned for a harmless prank, and isolated from all normal diplomatic contact for 17 months, or that the murder of Kim Jong-Nam in an international airport in February this year, represent anything other than inexcusable international crimes.

China and Russia, view the North Korean regime as anachronistic and the DPRK government’s flagrant disregard of international law in continuing with its nuclear and missile program as a threat to their own geo-political interests. Both would not tolerate military action against the DPRK, partly because their view (in common with U.S. and South Korean military planners), is that it would be nigh-on impossible to contain military conflict to the territory of the DPRK, but both want an end to the crisis so they can invest and develop their north-eastern regions that border the DPRK.

A reinvigorated United States diplomacy means working with the major players — China, Russia, South Korea Japan and North Korea — to obtain a political and negotiated solution to the conflict. Even given the plethora of different states’ interests, it is possible to discern goals that, at least rhetorically, are shared among the parties to the conflict; these are denuclearisation and a credible (to all sides) security deal.

Exercising United States leadership would mean abandoning the lazy assumption of ‘North Korean collapse’ that underpins too many policy planning scenarios and serves as an excuse for inactivity. ‘Collapse’ in fact needs to be actively avoided. It’s delusional to think that a breakdown of social and political order in the DPRK would automatically result in a more or less seamless political transition to political unification of the Korean peninsula, similar to that which occurred in Germany. ‘Collapse’ could equally likely result in uncontrollable security chaos on the entire Korean peninsula for a long time to come.

Not all desirable goals are achievable though diplomacy or external intervention. Short of defeat in war, it is not possible or legal to extinguish the sovereign state of the DPRK or to replace its government. This means accepting that regime change will need to come from within North Korea. The hope would be that a security deal would open the door for more open interchange between the DPRK and rest of the world - eventually contributing to domestic political liberalisation.

The Iraq war taught the U.S. political establishment that parachuting in handpicked Iraqi emigrés to run a country they hardly knew did not have positive outcomes for either liberated Iraqis or the U.S. The United States needs then to disavow the idea, currently being peddled by some on the South Korea right, that the 30,000 or so North Korean defectors can be organized as a South Korean backed Praetorian Guard in a post-unification northern Korea. The 25 million people of post-Kim North Korea will likely have other ideas.

All the players, including the DPRK, have indicated, to a greater or lesser extent, an appetite for a political solution to the Korean security crisis and are receptive to a credible United States diplomatic intervention. Successful diplomacy would provide a win-win option for the United States. It could prevent a cataclysmic war that would likely result in hundreds of thousands of casualties, including many American soldiers and civilians, and at the same time it could resuscitate what was once its unquestioned leadership status in East Asia.