Usni.org, the official website of US Naval Institute, has created a controversy by posting an article that says, “China sends uninvited spy ship to Rimpac” (Rim of the Pacific Exercise). Quoting anonymous sources, the article says, “the ship was operating south of the Hawaiian island of Oahu, near the USS Ronald Reagan (CVN-76) carrier strike group (CSG) and the main body of the 50 ships participating in the exercise”. 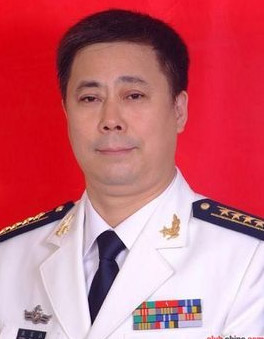 Several Western media outlets, as if waiting for such an opportunity, immediately swung into action. Chinatopix.com published an article on Monday saying that China “spies” on Rimpac exercise, while The Wall Street Journal said: “Beijing shadows naval exercises in which it is already participating”. The Japan Times added to the media drama by publishing another anti-China article.

Such sensationalizing by the media is deplorable.

The United Nations Convention on the Law of the Sea approves of navigation and overflight in non-territorial waters, and Chinese ships have always abided by the laws of coastal states while navigating in such waters. In his interviews, as well as his e-mail statement, US Pacific Fleet chief spokesman Darryn James has made it clear that the Chinese ship’s presence was “in accordance with international law regarding freedom of navigation”.

The truth is that the US and its allies have carried out regular surveillances against China in the past years. US surveillance vehicles have left their footprints from the Yellow Sea, the East China Sea to the South China Sea, and from Hainan Island to Xisha Islands. The US uses airplanes, including naval surveillance planes, ocean survey vessels and even nuclear submarines to spy on China. Data show that the US carries out hundreds of surveillances against China every year, much more than those it conducted against the Soviet Union during the Cold War.

Japan as the US’ key ally also conducts frequent surveillances against China, and has intensified their frequency in the past couple of years, that is, since the straining of ties. The two countries continue to spy on China ignoring Beijing’s frequent objections since 2012.

Sometimes these surveillance tools (planes and ships) pose a real danger because they disturb the normal activities of the Chinese navy. For example, US cruisers have entered the waters that China had clearly marked for drills, while Japanese vessels have sailed in front of or even intruded formations of Chinese naval fleets. Such actions could easily cause the situation to spiral out of control, and thus should be immediately stopped.

By sensationalizing a non-incident, American media outlets cannot change the general trend of improving Sino-US relationship. They should know that Darryn James has been quoted as saying that the US “respects” the right of free passage and the Rimpac exercise “goes on smoothly” despite the minor incident.

But the fact that the Western media tried to sensationalize the so-called spy incident shows that opinions are divided in the US over improving military ties with China. Many media outlets even criticized US President Barack Obama’s decision last year to invite the People’s Liberation Army Navy to the 2014 Rimpac.

The 2014 Rimpac is the Chinese navy’s first appearance in the US-led joint exercise, which is key to Sino-US confidence building. The road to better, harmonious Sino-US military relations is long and both countries need to make sincere efforts to complete the journey.

Zhang Junshe is a researcher at the People’s Liberation Army Naval Military Studies Research Institute. This article was originally published by China Daily.

Asia-Pacific Mil-Mil Relations RIMPAC
printTweet
You might also like
Back to Top
CHINA US Focus 2018 China-United States Exchange Foundation. All rights reserved. Disclaimer