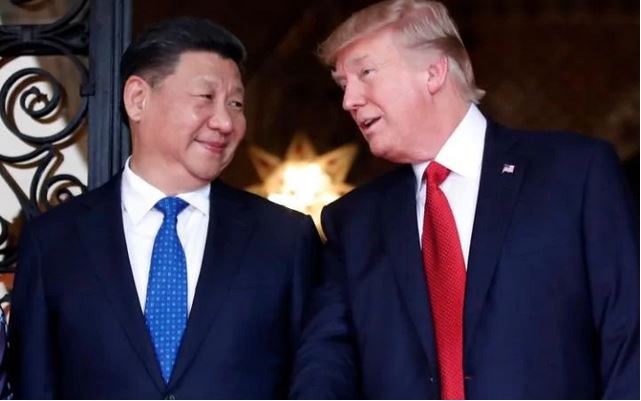 In August General Joseph Dunford, Chairman of the U.S. Joint Chiefs of Staff and General Fang Fenghui, until recently the Chief of the PLA’s Joint Staff Department, signed a framework to establish a communication mechanism between their staffs. Both China and the United States framed the agreement as a means to prevent “miscalculation” during a crisis, but its substance, especially in the context of previous military-to-military mechanisms between the United States and China, suggest this crisis mitigation feature is being oversold.

As their planes and ships come increasingly into contact, expanding the connections between the two militaries is a positive step, and will be useful to discuss other issues that affect both China and the United States, like North Korea’s expanding nuclear arsenal.

Nevertheless, it’s important to be clear about what this new communication framework isn’t – it isn’t a crisis resolution mechanism, despite insistence from senior U.S. military leaders that the talks are intended for crisis mitigation. Rather, the framework will set up a dialogue between the two countries’ joint military staffs to complement existing bilateral dialogues like the Military Maritime Consultative Agreement (MMCA) that meets on issues of naval and air safety. This is a framework to conduct scheduled, pre-planned discussions between staffs, not for emergent crisis communication.

But watered-down agreements weighted with unrealistic – possibly even unnecessary – promise is nothing new in U.S.-China military contacts, it’s practically their defining feature.

In the United States, improved military-to-military contacts have long been framed as a way to prevent miscalculation, to prevent conflicts, or keep China from becoming an adversary. The problem with this is that it conflates tactical interactions between military units with the political decisions that authorize the militaries to act in the first place. The areas of friction between the United States and China are political, and therefore outside the purview of military conversations. When that friction has led to military incidents, like the 2001 collision between a U.S. surveillance plane and an intercepting Chinese fighter jet over the South China Sea, they were ultimately solved through political channels, not military ones.

General Dunford obliquely admitted this when he said that there were many “difficult issues” that the two countries did not share the same perspective on and was clear that having a forum to talk about issues wasn’t the same as making progress on them. Still, he asserted that lessening miscalculation was a “minimum standard” for the talks and that the United States and China needed to address their areas of disagreement with candor.

But in contrast to the United States’ ambiguity about what sort of miscalculations the staff dialogues might avoid, General Fan Changlong, vice Chairman of China’s Central Military Commission, was very specific about the U.S. activities that China wants to see change when he met with General Dunford. The United States’ “wrongful actions” that impede relations between the militaries include its support of Taiwan, deploying missile defenses to South Korea, surveillance activities around China’s coast, and naval and air presence in the South China Sea.

But these activities are not the simply the result of internal U.S. military decision-making, they reflect national policy set by its political leadership. A new round of staff dialogues between their militaries will not induce the United States to scale back its surveillance and patrol operations around China, nor will they induce China to stop intercepting or shadowing those operations.

A History of Military-to-Military Overpromise

As the initiator of most new military-to-military mechanisms between the two countries, the United States has always been keen to limit incidents stemming from Chinese reactions to its operations in East Asia, generally under the auspices of reducing “miscalculation.” China’s slowness to agree to those mechanisms reflects the privilege of its position as the initiator of those incidents and the control this provides it over how they escalate (or don’t), and if China controls escalation then they have less to fear about miscalculating it.

Signed in 1998, the Military Maritime Consultative Agreement (MMCA) was one of the earliest formal contact mechanisms between the U.S. and Chinese militaries. While the United States may have originally envisioned an agreement modeled on the rules of conduct set up between the United States and the Soviet Union during the Cold War to avoid mishaps between their militaries, the MMCA ended up being little more than an agreement “to talk about talking,” as the U.S. Congressional Research Service later characterized it, and neither prevented nor resolved the 2001 U.S.-China aircraft collision over Hainan island.

Almost twenty years later, the United States and China did sign a series of memorandums of understanding (MOU) that included rules for the conduct of their respective ships and aircraft around each other. Contrary to the earlier U.S.-Soviet agreements, which used binding, obligatory language like “shall,” the U.S.-China MOUs are both explicitly voluntary and framed with optional language like “should” and “may.”

One of the principal motivations behind the United States’ push for the MOUs was to prevent dangerous intercepts of its surveillance aircraft, like as the one that resulted in that 2001 collision that caused the death of a Chinese pilot and left the U.S. aircrew being held for ten days after making an emergency landing on Hainan island. But the MOU’s language proscribing unsafe aircraft intercepts is highly subjective – it is up to the pilots involved to determine what constitutes “professional airmanship” and “safe separation” between the aircraft. Given this ambiguity, it should be of little surprise that subsequent accusations by the United States of unsafe intercepts of its surveillance flights are dismissed by China as having been professional and appropriate.

The U.S first pursued direct telephone links with the Chinese military after the Taiwan Strait Crisis in 1995 and 1996, but it would be another decade before the two countries actually agreed to establish them, and almost another decade after that until procedures were agreed upon to utilize those phone links for crisis communication. (And given the existence of these crisis protocols, it’s even less clear what this latest staff dialogue framework will contribute to crisis mitigation.)

The MOUs and other agreements between the United States and China on the conduct of ships and aircraft suffer from being simply encouraging rather than obligatory, and subjective rather than explicit. The new staff dialogues are unlikely to induce either the United States to reduce its surveillance activities or China to stop intercepting them. Nor would they have prevented something like China’s seizure of a U.S. Navy underwater research drone last December, nor is it clear they would have improved the discussions to secure its return, which China touted as “smooth” and already satisfactory to prevent “misunderstanding or miscalculation.”

Whether or not new staff dialogues could, it’s unclear how much reducing misunderstanding and miscalculation between the Chinese and U.S. militaries really matters. Miscalculation on the margins ultimately does not change the basic geopolitical disagreements that motivate their behavior, disagreements that neither military is in a position to abrogate, even if they wanted to.

Mil-Mil RelationsU.S. MilitaryU.S. Navy
printTweet
You might also like
Back to Top
CHINA US Focus 2018 China-United States Exchange Foundation. All rights reserved. Disclaimer