What China Can Learn from Its ADIZ Decision

China’s announcement of its Air Defense Identification Zone (ADIZ) surprised the world. And the strong response from the international community surprised China. While no one knows for certain the reasons behind Beijing’s decision for the ADIZ, but there are several lessons Beijing should draw from this episode. 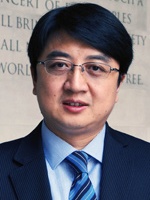 China’s ADIZ announcement in November 23 drew strong criticism from the region, but much criticism did not touch on the key issue about China’s announcement. The key issue is not about whether China has the right to create such a zone, given that China’s East Asian neighbors all have their own ADIZ. From the Chinese perspective, such countries trying to justify their criticism of China’s ADIZ are applying a double standard. The key issue is whether China can require all aircraft entering the zone to notify China in advance. The ADIZs of other countries, such as the United States, only require advanced notification of those planes planning to land in said country. This difference is the key thing which makes China’s announcement special, alarming and difficult to acceptable to other countries, especially its neighbors.

It is unclear whether China’s decision was based on thorough research and careful planning. If China made the ADIZ decision knowing full well what responses the international community would give, the reasons why China would take this path is perplexing. At the Diplomatic Work Conference on China’s Periphery Diplomacy in late October, the Chinese government announced it would follow an “Asia first” policy and improve relations with its neighbors. Also, at the Third Plenum in early November, Beijing declared its strong commitment to comprehensive reform and economic development. An announcement as aggressive as the ADIZ contradicts these previous signals. Despite the fact that China perceives the international response as over-interpreting China’s ADIZ policy, this announcement has undoubtedly caused considerable damage to China’s international image and soft power. It also has contributed to the strengthening of the China threat narrative and to doubts about China’s future orientation. This incident will be used for a long time as an example of China’s assertiveness and China’s status as a revisionist state. Therefore, if this was not China’s goal, the aftermath of China’s announcement unfortunately indicates a decision making failure. China’s policy community would then need to reflect on its decision making procedures.

The second speculation is whether China’s policy researchers failed to conduct thorough research or failed to report to the leaders the main difference between the Chinese ADIZ and the other versions. This exposes a major policy making problem for Beijing. If this is the case, China should definitely review its decision making process and resolve the problem to prevent a reoccurrence in the future. Beijing should also identify whether there are any unit(s) or personnel should be responsible for this incident. A disordered policy making process would cause unacceptable consequences during a crisis or conflict.

One of the major criticisms from the international community is that China failed to communicate in advance with other regional parties regarding the policy announcement. Even though China does not need approval from any other countries to make its own policies, it is necessary to communicate with involved parties beforehand, especially for such a major policy announcement. While China may not want to communicate with Japan about such a policy, it could talk with the US and South Korea. Also, when state relations are poor, some countries may choose to leak information in advance through think tanks or media, using the intentional leaks to test the waters. Obviously, Beijing did not do any of this. Furthermore, Washington has the right to be unhappy about Beijing’s announcement. President Obama and President Xi met in Sunnyland, CA not long ago and agreed that both sides would work together to build mutual trust. Surprising the other side is certainly not the right way to build trust.

Communication is important, and the language used to communicate is equally important. China should work on improving its policy explanation capabilities. As with other Chinese official documents, the ADIZ announcement was brief, vague, and with a strong and inflexible tone. Doubtlessly, it would make people outside of China assume that this is an assertive and aggressive move. China should learn how to use soft language to deliver strong policy positions. More importantly, this announcement should include more clarification regarding the reasons for wanting to establish such an ADIZ. From the Chinese perspective, China has the absolute right to create its own ADIZ given that all its neighboring countries already have ADIZs. However, these ADIZs have existed for decades. China should certainly pay more attention to clarifying and justifying its reasoning behind establishing a new ADIZ at this moment. Instead of simply making a brief announcement, it would be better that an announcement includes more detailed explanation. Normally when a country makes an important policy announcement, it would prepare its think tanks, research institutes, and scholars by providing information beforehand or short after, therefore these institutes and scholars could offer explanations and clarifications from different perspectives so as to help other states understand the policy better. This would help the government communicate its policy better and avoid unnecessary misunderstanding and misinterpretation. However, this time the PLA’s announcement not only surprised outside China, but also those at home. That directly caused the situation, generating much external criticism but few voices from within China.

In Chinese, the word “crisis” consists of the characters for both danger and opportunity. If China considers this ADIZ announcement as a public relations crisis for the country, there are also opportunities for China to learn from this experience. Policy research and policy presentation are two important aspects of foreign policy making. As a rising global power, China will need to improve further its capability in these two aspects.

Zheng Wang is an Associate Professor in the School of Diplomacy and International Relations at Seton Hall University in New Jersey. He is also a Global Fellow at the Woodrow Wilson International Center for Scholars. His book Never Forget National Humiliation: Historical Memory in Chinese Politics and Foreign Relations (Columbia University Press, 2012) is the recipient of the International Studies Association’s The Yale H. Ferguson Award. He is also the co-editor of Clash of National Identities: China, Japan, and the East China Sea Territorial Dispute.