What’s In a Name: Changes in the Indo-Pacific 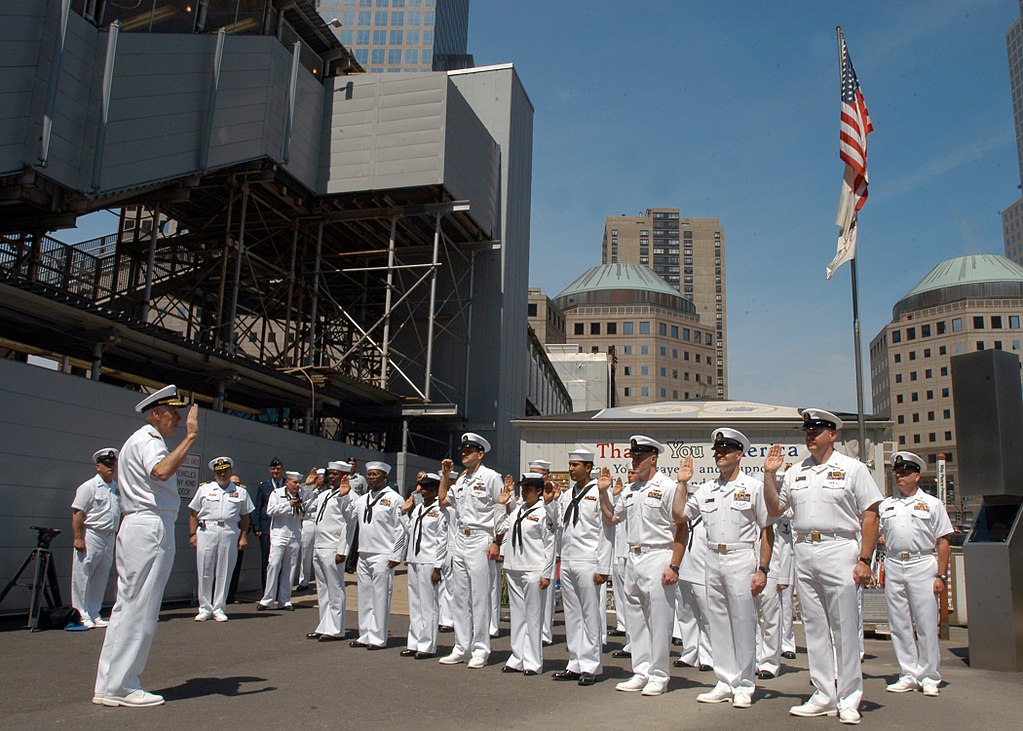 Sailors of the former US Pacific Command

The U.S. military has renamed its Pacific Command in what many experts have perceived as a symbolic gesture toward India. PACOM will now be called the U.S. Indo-Pacific Command (INDOPACOM), with any distinction between the two terms being hazy. The renaming was not accompanied by announcements of new assets for or initiatives of the U.S. military in the Indian Ocean. This raises key questions: was this merely rebranding, or something much more significant? And if so, what justifies this change? The answers may differ according to perspectives but suffice it to say that INDOPACOM fits into a much more comprehensive redrawing of lines in the Eastern Hemisphere.

The past decade has seen debate over whether the U.S. is willing or even able to maintain its status as a Pacific power in the twenty-first century, but now it would seem the Pentagon wants to push American influence a step farther. Tempting as it may be to take this occasion as the start of something new, it would be more appropriate to see it as reconciling past inconsistencies. Since the Seventh Fleet’s 124 million square mile area of operation includes a huge swath of the Indian Ocean, the name PACOM was an omission. There may also be a consideration of legitimacy in the title. PACOM ships in the Indian Ocean might have been accused of overstepping nominal boundaries of operation, but U.S. naval vessels operating in waters off Pakistan will now fall under the same “Indo-Pacific” geographic zone that reaches the American mainland 12,500 kilometers away.

More importantly, the renaming underscores existing cooperation between the forces in the Indian and Pacific Oceans. June 7 marks the twenty-second edition of the Malabar series of naval exercises that originated between the U.S. and India, with Japan now in its fourth year as a permanent member. The integration of a longstanding U.S.–Japan security alliance with the growing Indian naval presence must concern Beijing, particularly given the possibility of an additional Australian entry.

The Chinese initially felt encircled with the 2007 establishment of the Quadrilateral Security Dialogue (QSD) between the U.S., Japan, India, and Australia. QSD was conceived by Shinzo Abe as a means of countering China’s rise through the alignment of democratic states, but it was effectively an update of earlier Trilateral Security Dialogues (TSD) with India added to the mix. The effect was to marry U.S.-Japan-India military collaboration with U.S.-Japan-Australia strategic dialogue. The Malabar military exercises – conducted by U.S., Japanese, and Indian forces since 1992 – were joined in 2007 by Australian and Singaporean forces. For the first time, Malabar was held outside the Indian Ocean, near Okinawa; QSD then covered the geography and alignment that INDOPACOM espouses today. Though Australia dropped out the following year after just one Malabar exercise, it was clear that the Bush and Abe administrations had been pursuing the growth of a robust alliance friendly to Washington and Tokyo that encompassed ASEAN countries as well others in South Asia.

The QSD was temporarily revived late last year, a move which might have made the Bush vision a reality in the Trump era had Australia not withdrawn once again. Even had it progressed, the quad alliance would have taken on a different guise from the one originally envisioned a decade ago. Whereas the Bush doctrine was built upon existing U.S. leadership, the 2017 QSD would have served to diversify the alliance structure around the United States, deepening the alternative regional partnerships between India, Japan, and Australia. QSD was about expanding the American sphere in the Indo-Pacific; but with Trump in the White House, the other three members of QSD 2.0 were more focused on preparing for American absenteeism.

India’s armed forces are at the center of dialogue and collaboration in the Indo-Pacific. The Indian Navy is playing catch-up with only one aircraft carrier deployed and the next one several years from sea trials. However, India’s history of blue-water navy operations will ease its expansion and integration into a U.S.–Japan alliance. At the IISS Shangri-La Dialogue held in Singapore during the first week of June, Indian Prime Minister Narendra Modi’s keynote address emphasized collaboration while tiptoeing around the quad alliance. Modi hit upon traditional talking points for India, including rule of law and freedom of navigation. His use of the term “multi-polar” in describing his vision for the world clearly elevates India vis-à-vis great powers China and the United States. Implicit in his statement was the premise that a decentralized alliance network in the Indo-Pacific insulates the region from American whims and establishes India as a more important regional player going forward.

The bilateral relationship between Japan and India deserves more attention than it has received. While still in its early stages, it is the first alliance for Japan outside the U.S. security agreement that could lead to arms exports since Japan ended a self-imposed ban in 2014. In April, Japan’s ShinMaywa and India’s Mahindra Group signed an agreement for partial assembly and maintenance of US-2 amphibious aircraft – which borrowed heavily from U.S. designs themselves – in India. The deal is not dissimilar to longstanding arrangements between U.S. and Japanese manufacturers that have benefited from trade relations and provided extensive technological transfers to Japanese industry. The dual pillars of the Japanese-Indian relationship – trade and security – seems an appropriate foundation for an Indo-Pacific alternative to One Belt One Road, which bypasses India.

One larger concern for China amid the INDOPACOM rebranding is its own alliance with Pakistan. While not perfectly analogous to the Northeast Asian security dilemma, there is some similarity: China against the U.S. and Japan, with India and Pakistan standing in for the two Koreas. A key difference between the two cases is that managing Japanese cooperation with South Korea has required constant effort and consideration from the U.S., whereas Japan and India are relatively more proactive in their partnership. The India–Pakistan conflict, though, is perhaps worse than the situation on the Korean Peninsula. Ceasefire violations have occurred at an alarming rate in Kashmir and Jammu, killing dozens of armed forces personnel and civilians. The border region is a tinderbox, and the threat of open conflict between two mature nuclear states looms. Even barring the use of nuclear weapons, any fighting between Pakistan and India would have a terrible human toll and wreak havoc on the China-Pakistan Economic Corridor.

The simple renaming of PACOM to INDOPACOM is ultimately cosmetic, but the new moniker does better reflect the United States’ interests in the region and the larger strategy embraced by U.S. partner nations. The latter point may be of greater salience to Chinese observers, since it doesn’t necessarily mean the U.S. will be stepping up its presence in the Indian Ocean. To the extent that this renaming represents a new geographic paradigm for U.S. allies, one should expect rather that it heralds increased Indian presence in the Pacific Ocean. Just as Malabar left the Indian Ocean for Okinawa in 2007, the exercises have been conducted in the Pacific several times over the past few years; Indian warships have become a more familiar sight in waters distant as Guam.

Though Trump’s changeable brand of diplomacy may have driven home the importance of a stronger Japan–India bilateral relationship, he was not the origin of that push. The new status quo will be confederation of democratic nations that will cooperate in the Indo-Pacific while continuing to develop bilateral relationships to insulate from multilateral breakdowns resulting from U.S. policy. Regardless of how Trump’s successor approaches the Indo-Pacific, the region’s democratic powers will likely retain this lesson and hedge against potential American shocks.

Indo-Pacific
printTweet
You might also like
Back to Top
CHINA US Focus 2018 China-United States Exchange Foundation. All rights reserved. Disclaimer