The Military Dimension of the “Free and Open Indo-Pacific” 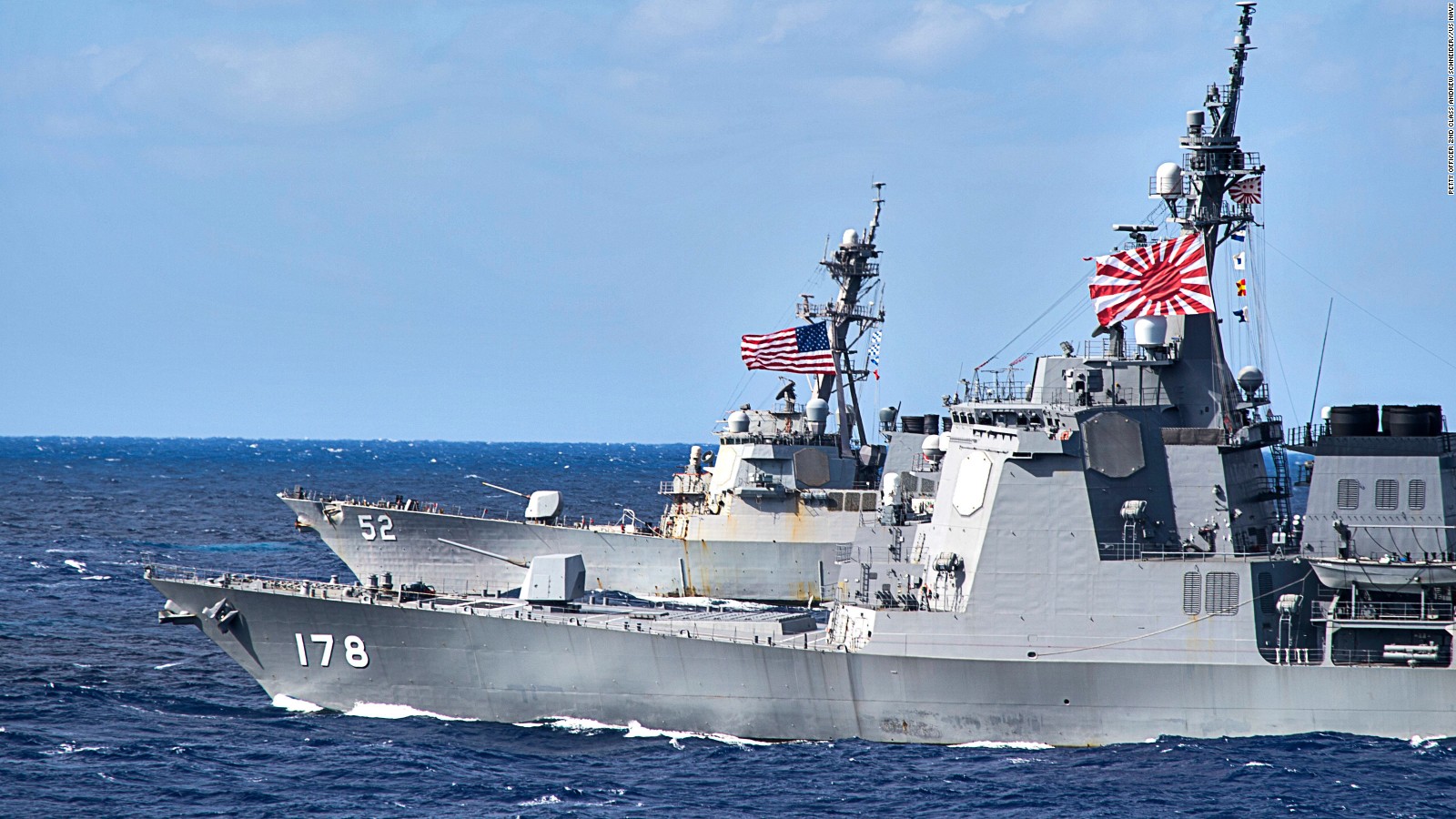 In recent years, China’s rapid emergence as a central actor in world politics has coincided with a more assertive and risk-taking foreign and security policy. Under Xi Jinping, especially, Beijing’s push to secure hotly contested territorial and maritime claims has ruffled the feathers of several regional states. China’s political reach now extends well beyond its immediate neighbourhood, down to South Asia and further west across the Eurasian and African continents. China hasn’t shied from tapping all dimensions of power: military, economic and communications power. China’s capabilities and growing global reach are now prompting a major recalibration in the foreign policy of major states.

Under Donald Trump, Washington is pursuing a more muscular foreign policy that prioritizes inter-state rivalry. For that purpose, Trump and his team have eyed substantial increases in defense spending, as evidenced by the 2018 and 2019 federal budgets and the recently-passed spending bill that allows for $165 billion worth of spending in military procurement, with an eye on ships and submarines. The recent U.S. National Security and National Defense Strategy documents highlight China (and Russia) as a source of concern in Washington and define the strategic landscape surrounding China as the “Indo-Pacific region,” a policy vision that links the Asia-Pacific with South Asia, possibly all the way to the Horn of Africa. Interestingly, this policy concept hails from Japan, where Prime Minister Abe Shinzō and his foreign policy entourage have consistently lobbied for a more robust U.S. defense posture that balanced an assertive China.

In my research, I have shown that Abe and his “diplomatic brains,” such as the Director of the National Security Secretariat Yachi Shōtarō, have steered Japan’s security policy towards a strategic realism that balanced China. In fact, the “Free and Open Indo-Pacific” bares the hallmarks of key Japanese public servants, who crafted the 2006 “Arc of Freedom and Prosperity,” “Asia’s Democratic Security Diamond,” Japan’s “Proactive Contribution to Peace” and the clunkier sounding “Foreign Policy that Takes a Panoramic Perspective of the World Map.” Together with the Free and Open Indo-Pacific, these initiatives should not be understood as empty slogans, but grand visions– if not a consistent grand strategy in the making— that tackle China in all three dimensions of power. This commentary focuses on the first dimension of this budding grand strategy – might – with an accent on U.S.-Japan-China interactions.

One major component of the concept of the “Free and Open Indo-Pacific” is military signalling, especially in the form of war drills, which have witnessed a slow but steady crescendo since the mid-2000s. To tackle China’s development of a blue water navy and its advancement into the oceans, Abe’s strategists have embraced military drills with friendly forces as a tool of statecraft. The first leg of the 2007 U.S.-India Malabar military exercises was notable because it was conducted far away from the Indian Ocean, off Okinawa, and included the Japanese navy for the very first time. Notably, these drills– which included anti-submarine warfare training– took place only two days before Chinese Premier Wen Jiabao gave a historic speech in the Japanese Diet. Eight years later, Japan was made a regular participant to the Malabar exercises. Moreover, the Japanese navy performed strategic port calls and bilateral military exercises with the U.S. in the South China Sea, where Japanese military involvement of any kind was understood as highly unlikely by security experts only three years ago.

Secondly, the “Free and Open Indo-Pacific” is aimed at deterring Chinese coercion by deepening alliances and strategic partnerships. Japan’s endowment with the right of collective self-defense and Abe’s security reforms are allowing the Japanese military to deepen its military cooperation with the United States and other like-minded partners. The 2015 security guidelines governing the Japan-U.S. alliance are notable because they set up permanent cooperation frameworks between the two militaries: the U.S. and Japan will now be able to coordinate their defense policies regularly and jointly develop flexible deterrent options, even below the threshold of a legally defined armed attack. Greater cooperation, information sharing, rear-area and logistical support to friendly forces far away from the Japanese islands, together with the real possibility of military involvement to the defense of those forces provides a credible counterpoint to Chinese coercion at sea. Not by chance, Abe was the leading force behind the short-lived quadrilateral security dialogue in 2007 between Australia, Japan, India and the United States. Its revival on the fringes of the November 2017 East Asian Summit now promises to develop further information sharing, naval interoperability and a growing number of major naval exercises that might include Australia as a regular participant.

Thirdly, the Indo-Pacific Strategy will balance against China by fostering the capacity-building of South-East Asian countries concerned with their maritime safety. Concretely, Japan is coordinating with its Coast Guard and development agencies to provide patrol vessels and training programs to countries such as the Philippines, Vietnam and Indonesia. Such aid obviously has a military dimension. After all, Japan’s revised Official Development Assistance (ODA) Charter from 2015 spells out contribution to peace and prosperity as its most prominent policy and links a stable international community to ensuring Japan’s national interests. Japan’s generous ODA program to India should also be understood in that light: it goes beyond pure developmental and economic considerations and aims at strengthening India vis-à-vis China.

The future of the Indo-Pacific strategy is still uncertain. First of all, the Japanese government is wary of too much U.S.-China friction and conscious that an openly militarized, zero-sum definition of the Indo-Pacific strategy will backfire. ASEAN states, which are in close proximity to a re-emergent China, are unwilling to make choices, especially an anti-China choice, and one of the reasons behind the failure of the Arc of Freedom and Prosperity was precisely that: it alienated China and didn’t gain traction in South-east Asia. Other factors affecting the future of the strategy include the tenability of U.S. military commitment– either through massive fiscal spending or regional engagement— and the very tenability of the political mandate of Abe, the leading impresario behind the Indo-Pacific vision.

That being said, it is worth noting that the steady increase in military synergies between Japan and the U.S. and other like-minded parties depends only in part on the role of personalities. China’s expansion of its naval bases across the Indo-Pacific, its massive land reclamation operations in the South China Sea and its more confident push to assert its claims elsewhere has brought the quadrilateral entente back into fashion. Apart from Chinese assertiveness, the military crescendo also reflects action/reaction dynamics typical of a security dilemma: China’s development of a powerful blue water navy has triggered a scramble to counter its command of the seas. More importantly, the Indo-Pacific vision suggests that China’s (re-)emergence to regional hegemony is redefining the very contours of the region to include the Indian Ocean. Watch this space.

Indo-PacificSouth China SeaEast China seaFreedom of Navigation
printTweet
You might also like
Back to Top
CHINA US Focus 2018 China-United States Exchange Foundation. All rights reserved. Disclaimer