Will the US Strike North Korea? 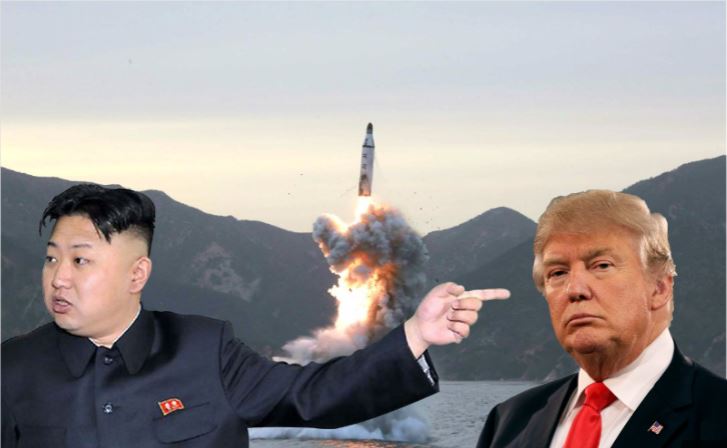 Donald Trump is running out of patience with North Korea. Using heated language unusual for a US president, Trump recently warned that if Pyongyang threatens to attack the United States again, the US will respond with “fire and fury like the world has never seen.” Whatever action Trump decides to take, he must recognize that the stakes – not just for the Korean Peninsula, but also for America’s relationship with China – could not be higher.

North Korea’s two latest intercontinental ballistic missile tests, carried out last month, suggest that the country now has the capability to hit the continental US. The US Defense Intelligence Agency has concluded that North Korea may well have already developed a miniaturized nuclear warhead that could be delivered on such a missile. Experts from Johns Hopkins University anticipate a sixth nuclear test at any moment.

The United Nations Security Council has now unanimously passed the harshest sanctions yet against North Korea, in the hope of pressuring the small country to renounce its nuclear-weapons program. The resolution bans North Korean exports of coal, iron, iron ore, lead, lead ore, and seafood products, which together account for one third of the country’s already meager annual export revenue of $3 billion. It also prohibits countries from issuing new permits to North Korean workers abroad, whose wages, it is suspected, help fund nuclear and missile programs.

So far, however, the sanctions do not seem to be having the intended effect. North Korea has threatened to retaliate against the US “thousands of times” over – including by striking the US territory of Guam in the western Pacific – and reiterated its vow to never give up its nuclear arsenal. Similarly, at the just-concluded ASEAN Regional Forum in Manila, North Korean Foreign Minister Ri Yong-ho asserted that the North would not participate in negotiations on its nuclear and missile programs unless the US abandons its “hostile” policy.

The US has taken a similarly stubborn line. In a recent Senate Foreign Relations Committee hearing, Acting Assistant Secretary of State for East Asia Susan Thornton articulated the administration’s belief that talks would not get North Korea to abandon its nuclear-weapons program, even if they brought much-needed economic concessions. “We will not,” she added, “negotiate our way to talks.”

Instead, the US has been working hard to tighten the screws on Pyongyang, by reinforcing its international isolation. The Trump administration attempted to convince the Philippines to exclude North Korea from the ASEAN forum, and is pushing Myanmar to suspend its military ties with the country.

The US has been more successful in pressuring Australia, the European Union, Japan, and other US allies to strengthen unilateral sanctions on the North. According to Federica Mogherini, the EU’s High Representative for Foreign Affairs and Security Policy, the EU is considering additional measures, including further reductions in trade and financial exchanges. Japan’s government has decided to expand a re-entry ban for North Korean officials, and widen the scope of its asset-freeze program for entities and individuals connected to the country’s nuclear and missile development.

But the US is unlikely to put all of its eggs in the sanctions basket. Already, the Department of Defense announced that US Joint Chiefs of Staff Chairman Joseph Dunford and US Pacific Command Chief Harry Harris had spoken by phone with South Korea’s top military official, General Lee Sun-jin, to discuss military-response options to the launch. Moreover, US, Japanese, and South Korean forces have conducted several joint drills involving B-1B bombers and other strategic assets. The message is clear: the US is ready to fight, should it come to that.

As North Korea’s main trading partner, China has substantial leverage over the country. China’s suspension of North Korean coal imports alone – part of its obligations under the Security Council resolution – will reduce the North’s export earnings by an estimated $400 million this year (while also costing China a pretty penny).

Moreover, China condemns “secondary sanctions” placed by the US on Chinese companies and individuals found to have illicit dealings with North Korea as assaults on its sovereignty. Yet the Senate’s leading Democrat, Minority Leader Chuck Schumer, is ready to double down on this approach, calling for the suspension of direct investment from China.

And that is not the only way the US Congress is antagonizing China. The 2018 National Defense Authorization Act, passed by the US House of Representatives last month, includes demands for the US government to strengthen military ties with Taiwan, with US Navy ships calling in at Taiwan’s ports.

Last April, Senator John McCain said that North Korea is presenting the US with a “Cuban Missile Crisis in slow motion.” It is an apt analogy, but it gets one thing wrong: there is no longer anything slow about the situation. Trump’s administration had better catch up.

China-US-North Korea RelationsKorean Peninsula
printTweet
You might also like
Back to Top
CHINA US Focus 2018 China-United States Exchange Foundation. All rights reserved. Disclaimer