China is a traditional land power and is currently in the initial stage of building into a maritime power. On the other hand, the United States is a traditional maritime power and has maintained its maritime hegemony and dominance over the global maritime order so far. Different histories, cultures, and political systems have led to many differences in perceptions about national maritime interests. Currently, the increasing maritime competition has become the most likely to worsen and lead to conflict. Confrontation and conflict between the two nuclear powers may lead to severe and uncontrollable consequences. Therefore, officials from both countries have stated that managing differences and preventing conflicts are both sides' most significant convergence and bottom line. This report (authors include Liu Xiaobo, Zhang Tuosheng, Shi Xiaoqin of the Grandview Institution, and Harrison Prétat of the Asia Maritime Transparency Initiative of the Center for Strategic and International Studies) focuses on analyzing the differences in maritime interests between the two countries at the political and security levels, exploring the convergence of maritime interests between the two sides, assessing the willingness and possibility of the two countries to manage and control the differences in interests, and trying to the policy level provides recommendations for managing differences in maritime interests and avoiding confrontation and conflict.

Although Chinese officials disagree that "competition" is the orientation of the Sino-U.S. relationship, the current trend is that the two countries are sliding into a fiercely competitive relationship in many fields including politics, economy and military. As a result, maritime competition is likely to deteriorate and lead to conflicts between China and the United States. The main factor fueling the maritime competition between China and the United States is the perception difference of maritime interests. This difference is reflected at the policy level when China firmly opposes the so-called "rules-based" order advocated by the United States and the U.S. military activities in China's coastal waters, seeing it as a severe threat to sovereignty and security. At the same time, the United States firmly insists on its right to freedom of military activities. The differences at the operational level are reflected in the frequent hostile actions of the naval and air forces of the two countries and the regular occurrence of dangerous approaches, deterrence, and provocation.

Where the perception differences in maritime interests between China and the United States cannot be bridged, managing the differences is a more realistic policy option. Currently, China and the United States share common interests in preventing crises, conflicts, and wars. These common interests are based on the premise that both countries want to avoid war. Understanding differences and exploring the convergence of maritime interests are necessary to ensure peaceful coexistence between the two nuclear-armed powers.

This report has been published by the Beijing-based Grandview Institution (grandview.cn) and its full version can be found here. 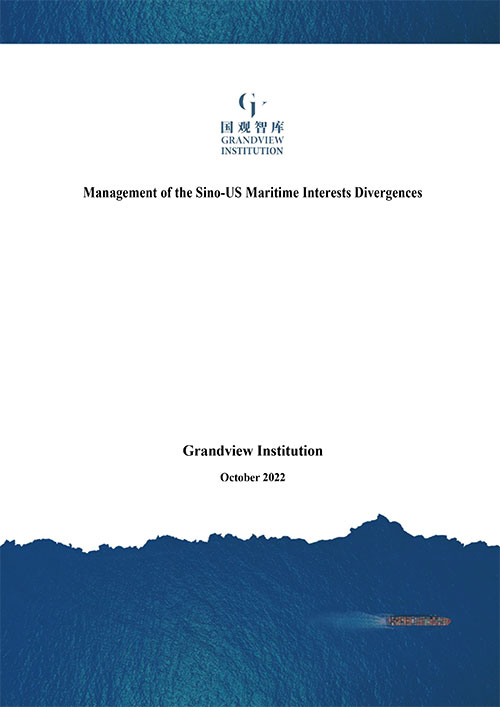