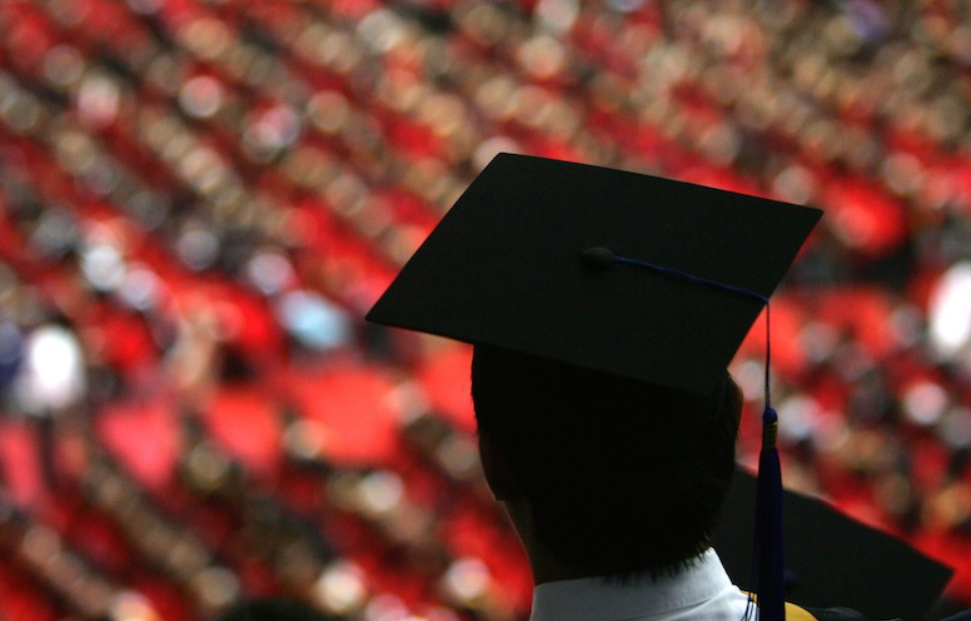 A college student from China says to his American classmate: “I want to study propaganda in the United States.”

“There is no such thing as propaganda in the United States,” the American student replies.

The Chinese student says, “Yes, that’s exactly what I want to study.”

The joke reflects growing cynicism, criticism and disappointment among young Chinese regarding domestic governance and foreign policy in the United States. The drastic deterioration of U.S.-China relations over the past two years has aggravated and reenforced suspicions, fears and animosities. Blame games, propaganda wars and conspiracy theories have arisen from both sides of the Pacific.

Nationalism and anti-American sentiment are particularly evident among young Chinese, including those who have previously studied or are currently studying in the United States. As political scientist Jessica Chen Weiss of Cornell University recently observed, young Chinese people today are “more hawkish in their foreign policy beliefs than older generations.”

The post-1990s age cohort in cities — especially those in their late teens and early 20s — have grown up in an affluent society. Young urban Chinese are arguably more similar to their peers in advanced industrial and postindustrial countries in terms of lifestyle, attainment of higher education (including opportunities to study abroad) and socialization in the digital era than they are to their parents and grandparents.

As Li Chunling, a distinguished scholar of youth studies in China and the author of the new book “China’s Youth: Increasing Diversity Amid Persistent Inequality” has observed: China’s young people differ from both the post-1960s and post-1970s cohorts who grew up in “a period of fawning over the West” (chongyang meiwai). In the eyes of young Chinese who had their formative years during Deng Xiaoping’s reform and opening-up era, the United States was a “beacon of liberal democracy” and a “shining city upon a hill” (dengta guo). That sentiment was manifested in the 1989 Tiananmen movement.

As for the attitudes of young Chinese toward the United States, many other opinion surveys of the Chinese public conducted before 2018 also show that the Chinese people generally had very favorable views of the U.S., though love-hate or ambivalent attitudes were not uncommon. My survey research on foreign-educated returnees in Shanghai over the last decade has shown that a majority held favorable views of the United States — 90 percent in 2009 and 92 percent in 2014. My studies also show that those who returned from studying in the U.S. reported the highest favorable impression of the U.S., compared with those who studied in other countries and regions.

The world views of Chinese young people, including their attitudes toward the U.S., have changed profoundly in recent years. There are, of course, many contributing factors. Washington has valid concerns about Beijing’s excessive domestic political control and aggressive foreign policy. From the American perspective, national security and intellectual property rights should be vigorously protected in the United States. Nevertheless, hawkish policies and rhetoric coming from some policymakers in Washington have had a strong negative impact on the Chinese public, particularly PRC students and scholars in the United States.

The recent wave of anti-American sentiment among China’s youth could be a reaction to the following antagonistic moves on part of hawkish policymakers in Washington:

● claiming that Beijing is “weaponizing” the large number of Chinese students enrolled in U.S. universities, and that since their families in China are subject to intimidation by CPC authorities, many of them are serving as spies or stealing advanced technology;

● targeting Chinese and Chinese American scientists, the U.S. Department of Justice has established (for the first time) an initiative focusing on a particular country and ethnic group — the “China Initiative” — in which it has employed the new and controversial term academic espionage;

● employing phrases like “Chinese virus” and “Kung Flu,” which has provoked Sinophobia and anti-Asian hate crimes;

● restricting members of the CPC and their families — about 300 million people —      from visiting the United States; and

● insulting Chinese cultural heritage. For instance, in a tweet in December 2020, Republican Senator Marsha Blackburn asserted that “China has a 5,000-year history of cheating and stealing. Some things will never change.”

Before these more recent unfortunate incidents, patriotism (as well as xenophobia) had already risen among the young Chinese population. A 2018 Chinese survey found that 90 percent of the post-1990s cohort expressed resentment over “prejudices” in the West about China. That same year, another survey of 10,000 young Chinese who were born in or after 2000 found that 80 percent believed that “China was either in the best era in its history or was becoming a better country each day.”

Chinese authorities have long paid great attention to young people’s world views and attitudes toward the CPC. They have recognized that young people are often the core participants in radical social movements around the world, such as the London summer riots in 2011 and the Jasmine Revolution across the Middle East and North Africa during the past decade. From the perspective of the Chinese authorities, the country’s youth –– especially its college students and young intellectuals –– are prime targets for the infiltration of hostile forces.

Soon after obtaining China’s top leadership post in 2012, Xi Jinping called for enhancing the ideological indoctrination of Chinese youth. He claimed that “the values orientation of young people determines the values orientation of the entire society in the future.” With the conviction that U.S.-led anti-China forces had been dispatched to subvert CPC rule, Xi in 2016 demanded that the country’s educational institutions adhere to the “correct political orientation” and “core socialist values.” At an important meeting of key ministerial and provincial leaders held at the Central Party School in January 2019, Xi listed seven major risks confronting China, the top two of which mainly involve youth. Xi referenced the youth-led demonstrations in Hong Kong as well.

It was also reported that Xi Jinping commented on the aforementioned survey of post-1995 college students joining the CPC, calling for greater efforts to recruit post-1995 students. The following year, the total number of CPC members under the age of 35 reached 22 million, accounting for 24.4 percent of the Party’s total membership. In 2018 alone, the Party recruited more than 1.64 million members under age 35, accounting for 80 percent of new members.

A nationwide survey of 17,000 college students conducted in the spring of 2020 found that the recent tensions between China and the U.S. — including the trade war and the Meng Wanzhou incident — have drastically enhanced interest in geopolitics among Chinese college students and promoted growing nationalistic sentiment. A significant number of Chinese students have still chosen to study in the U.S., and during summer of 2021 about 85,000 Chinese nationals obtained student visas to study in the U.S. But the proportion of total Chinese students in the U.S. began declining even before the COVID-19 pandemic.

Top Chinese students have increasingly chosen China’s own top universities. According to a report released in September 2021 by Tsinghua University, in the past decade only about 14 percent of its graduates went abroad for further studies. The report also found that as of April this year, more than half of Tsinghua alumni who went abroad from 2002 to 2011 had returned to work in China, and the proportion is still expanding. A recent article in The New York Times observed that if the U.S. no longer welcomes top Chinese students and researchers, “Beijing would welcome them back with open arms.”

A century-old view in American policy toward China is that it is important to influence –– or educate –– China’s youth, who will eventually have an impact on the country’s development. This view holds that an education-based strategy would do far better service than guns and battleships in keeping a peaceful world. The remarkable U.S.-China educational exchanges launched by President Jimmy Carter and Deng Xiaoping reflected the shared ideals by both countries.

But in Washington today, the post-Nixon orientation toward “engagement” with China has been labeled as naive at best or a failure at worst. For some American political leaders, the overarching view of bilateral educational exchanges is no longer one of hope for positive change resulting from academic engagement. Instead, the concern is that Chinese young people, including students studying at American universities, are primarily brainwashed nationalists and weapons used by the CPC to undermine U.S. power and interests.

However, as an American millennial who recently spent many years studying young people in China pointed out: “Refusing to admit that they [Chinese youth] are individuals with their own ideas, dreams, fears and desires is a particularly heartbreaking oversight.” Similarly, Stephanie Studer, China correspondent for The Economist, recently observed that “young Chinese are both patriotic and socially progressive.” They have been more vocal in their support of LGBT and women’s rights, consumer rights, distributive justice, environmental protection and other socially liberal policies.

For those Chinese students who have studied in the U.S., it is hard to overstate the generosity and openness of American educational and research institutions, not to mention American society’s strong impact on their views and values. At the same time, it is not difficult to understand that racial discrimination in certain corners of the United States substantially bolsters Chinese students’ support for the Chinese government and the Party.

Washington policymakers need to ask whether deepening perceptions of American insensitivity and neglect of China’s vast young population help advance or hurt American values and interests. Strategically speaking, if America alienates China’s youth, what influence can the United States expect to have on China’s future evolution?

People-to-People ExchangeChina’s RiseChinese Overseas Students
printTweet
You might also like
Back to Top
CHINA US Focus 2023 China-United States Exchange Foundation. All rights reserved.