Barack Obama must be proud of his recent achievements, domestically and internationally. 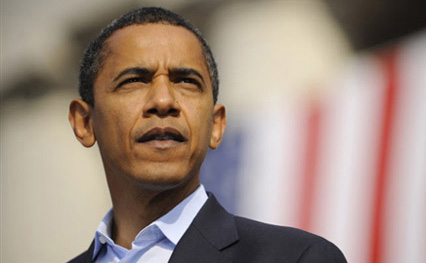 In late March, he visited Cuba, making himself the first US president to call on the neighboring country in 88 years to further warm the recently thawed bilateral relations. A few days later, he hosted the fourth Nuclear Security Summit, which, initiated by him, proved to be a success. Domestically, he overlooked the opposition in the Congress to submit the bill for closing the Guantanamo Bay prison, appointed a moderate to a vacancy in the Supreme Court and asked the Congress to lift the 54-year trade embargo against Cuba. At the beginning of this year, he had bypassed Capitol Hill to promulgate a new rule on gun control using his executive privilege as the president of the United States. It was rare for any US president to remain so active in launching new initiatives in the last leg of tenure.

There has not been much optimism about Obama’s second term, especially after the Democrats’ fiasco in the 2014 mid-term election, which returned the Republicans to rule both houses of Congress for the first time in 23 years. It was widely believed that Obama would become a lame-duck president. Some media outlets even precipitately declared that his term had “ended” and the US had entered the “post-Obama era.” But Obama didn’t take such words seriously. He said, rather than resigning himself to the status of lame duck, he would do something spectacular during the following two years, demonstrating an unyielding confidence.

Such confidence did not come from nowhere. By now, he has a considerable list of achievements under his belt. Domestically, the Obama administration effectively survived one of the worst financial crises in a century; saw the economy recover and employment rate increase; lowered the fiscal deficits; made remarkable progress in reducing carbon emission and developing new energy sources; saw healthcare reform and gay marriage become the law of the land; readjusted the immigration policy and made new regulations on gun control. In foreign affairs, the US has stabilized its relations with major global powers; withdrawn troops from Iraq and Afghanistan; managed a historic breakthrough at the Paris World Climate Conference; successfully hosted the Nuclear Security Summit; successfully pushed for an all-round settlement of the Iranian nuclear issue; saw the Trans-Pacific Partnership agreement finalized and signed; and restored the US-Cuban diplomatic relationship after a break longer than half a century. Many of these feats were pulled off after the mid-term election. These achievements dispelled the lame duck mockery. Some media outlets even dubbed Obama an “outstanding one” among all the US presidents.

It was far from easy for Obama to accomplish these feats given that what he had inherited from his predecessor – Mr. George W. Bush – was nothing but a shambles and that he had to overcome both internal and external opposition, especially that from the Republicans who had controlled both chambers of the Congress. What helped Obama get rid of the US presidents’ characteristic “late term syndrome” and escape that fate was his determination to dump Bush’s reckless, aggressive and irrational administrative style and adopt a more moderate, pragmatic and flexible policy. He believed that his policy and administration were more reasonable, more consistent with American interests and more appealing to the multitude. That’s why he had no scruples to break through powerful obstructions in his way, for instance defying the opposition of the Congress on the issues of immigration and gun control, and resisting pressures from its main allies in the Middle East – Israel and Saudi Arabia – to manage a breakthrough towards peaceful settlement of the Iranian nuclear issue. Objectively seen, those moves did benefit the US, as well as adding to his reputation and creating favorable conditions for the Democrats in the next presidential election.

As the state leader, like Bush and all previous presidents, Obama represents the interests of the US’ monopoly capitalist class. The adjustments he made to his predecessor’s policies were merely minor alterations to specific policies and tactics rather then a fundamental change to the US’ basic policy and strategy. In Washington’s moves to pursue global hegemony, push Western-style democratic changes throughout the world and instigate “color revolution” in “maverick” countries, Obama is no different from any of his predecessors. That accounts for Obama’s claim that the US should be “the world’s number one, never number two,” which will “lead the world for another 100 years.” And that’s why he continued trying to contain China and Russia as the US’ top strategic rivals, wantonly interfered in other nations’ internal affairs and willfully imposed sanctions on any noncompliant, non-Western country, and even forced such leaders to step down. These moves bucking the world trend marred Obama’s administrative performance as they proved to be failures.

It is now too early to finalize a judgment on Obama as his term will not end for half a year. Though there were flaws and regrets in his eight-year administration, he turned the tide of the US’ decline and put its national strength back on the ascending track. That was his largest political attainment. When sworn into the Oval Office, he said he would be a “great” US president to “change the history.” That “Obama dream” now seems unlikely to come true. However, as the country’s first African-American president, his achievement is notable enough to put him into the hall of fame of US presidents. In this sense, he has created history.

Obama
printTweet
You might also like
Back to Top
CHINA US Focus 2022 China-United States Exchange Foundation. All rights reserved.