For foreign stakeholders, China’s socioeconomic status has long been a paradox of hope and fear. This is more true today than at any point since the 1990s.

Regarding hope, several important developments in China are encouraging. During his first year as China’s top leader, Xi Jinping launched a bold anti-corruption campaign that has resulted in over 20 ministerial- and provincial-level senior leaders being arrested—including leaders within the country’s most formidable special interest groups like the oil industry. The campaign has already significantly transformed the behavior of Chinese officials at various levels and has greatly enhanced public confidence in Xi’s leadership. 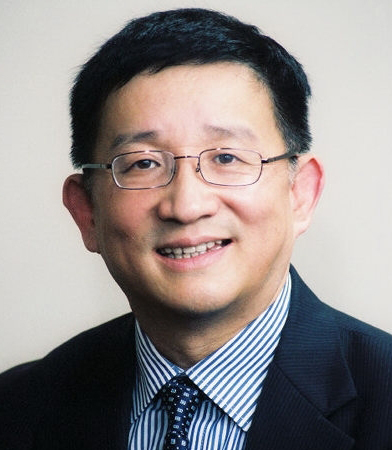 Equally important, at the recent third plenum of the party leadership Xi and his team presented to the nation and the world a blueprint for the next phase of China’s economic reform, which the official media has characterized as the “2.0 version” of China’s reform and opening. This move promises to be as consequential as Deng Xiaoping’s landmark decision to embark upon economic reform in 1978.  Under a new mission to bring about “the Chinese dream,” Xi has embraced the market as the “decisive force” propelling the country’s future economic development and highlighted the expansion of China’s middle class as the main objective of reform. This well-articulated plan—encompassing 15 areas, 60 tasks, and over 300 policies—provides a very clear timetable: the Shanghai Free Trade Zone and interest rate liberalization, for example, will be fully implemented within three years and the entire agenda will be completed by 2020.

But hope is also counterbalanced by fear. China’s economy is beset with serious and interrelated problems, including mounting local debt, shadow banking, overcapacity, and a property bubble. The old development model that relied on export-led and cheap-labor-oriented growth has already come to an end; yet a new consumption-driven, innovation-led, and service sector-centric model has yet to fully take flight. The Chinese leadership is profoundly concerned over the outflow of capital and the vulnerability of the Chinese financial system. Meanwhile, China’s new urbanization drive has confronted potential negative effects on the environment, employment, and social stability.

Xi’s anti-corruption campaign has not come without serious political risks. Though popular among the Chinese public, the president and his main political ally Wang Qishan (who is known as the czar of the anti-corruption campaign) may be alienating the officialdom—the very people on whom the system relies for effective functioning. Another area of political risk is the much-anticipated but long-delayed announcement of the ongoing investigation of Zhou Yongkang. Zhou is the former Politburo Standing Committee member who led China’s security apparatus and law enforcement, the oil industry, and Sichuan province (China’s most populous province at the time). The overseas Chinese media reports that the case has involved a total of 5,800 people and that 381 officials have been arrested or investigated. The political ramifications of this new scandal could be similar to the recently concluded Bo Xilai case.

How can we reconcile the fantastic opportunities and potentially enormous risks that lie ahead for the world’s second-largest economy?  Contrary to the widespread pessimism that currently holds sway, I am optimistic for several reasons.

First and foremost, Xi’s economic reform agenda wisely addresses some of the country’s most serious economic problems. The new leadership unambiguously aims to tackle them in a forceful manner.

Second, Xi not only took control of all the supreme institutions in the party, state, and military during the latest political succession, but he also now chairs the newly established National Security Committee and the Central Leading Group on Comprehensive Deepening of Economic Reform. The lower levels of the Chinese government have also established leading groups on economic reform headed by party secretaries and governors or mayors. All of these provide institutional mechanisms through which Xi and his team can more effectively implement reform policies.

Finally, the timetable for the bold reform agenda reflects President Xi’s political calculations to stabilize the Chinese economy before the fall of 2017, when the party leadership will experience another major turnover (because of age limits, 5 out of 7 members of the Politburo Standing Committee will retire that year). Xi needs to consolidate power for his second term by unequivocally succeeding in implementing his economic reform agenda.

To minimize political risks, President Xi needs to perform a delicate balancing act among several key issues. While it is strategically sound for him to prioritize economic reforms, he must make bold moves at the appropriate time to implement much-needed political reforms—like increasing political openness and the role of civil society—without which China will never become a true innovation-driven economy. The ongoing anti-corruption campaign is crucial to increasing public confidence in the short term, but this should not serve as a replacement for developing the rule of law or embarking on concrete steps toward establishing an independent judicial system in the country. It makes good sense that Xi initially wants to consolidate his power by taking over all important leadership posts and by promoting his confidants and allies. But he should also broaden his political coalition to incorporate some of the prominent leaders in the competing faction (notably Li Keqiang’s “youth league” officials). Finally, the broad public support that Xi has earned, especially from the military, should allow him to concentrate on a domestic economic reform agenda and avoid being distracted by the foreign disputes and tensions that could otherwise accompany the rise of ultra-nationalism in the country.

The degree to which Xi and his team successfully maintains this delicate balance of economic and political measures will be the key indicator of the risk factors at this critical juncture of China’s development.

* Cheng Li is director of the John L. Thornton China Center at The Brookings Institution.

China’s Reform Xi Jinpinging
printTweet
You might also like
Back to Top
CHINA US Focus 2022 China-United States Exchange Foundation. All rights reserved.