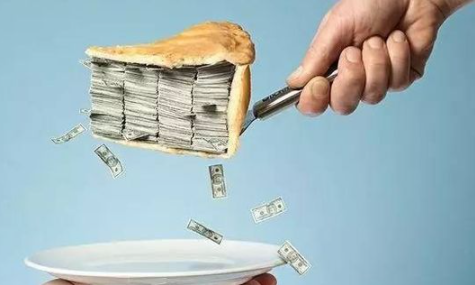 The Chinese government’s recent regulatory moves against such firms as DiDi and New Oriental triggered violent fluctuations in corresponding China concept stocks in the U.S. securities market. Some American investors believe the Chinese government’s moves to suppress China concept stocks will strangle international capital and result in losses. The present fluctuation of China concept stocks in the U.S. market has indeed gone beyond anticipation, and in the wake of the U.S. SEC suspending approval of new Chinese IPOs, speculation about China-U.S. financial decoupling has resurged. Politicization of financial matters will only do further damage to the already deteriorating bilateral relationship. Misreading of each other’s policies may sink it into an infinite loop of the asymmetric information game theory.

From the perspective of the Chinese public, American investors have obviously misread the intent behind the Chinese government’s policy. Suspicions of the Chinese government resorting to market protectionism and strangling capital evidently contradict the policy initiative of the market-oriented reforms it has long been pushing for. China’s development can’t go without the rest of the world. Chinese reforms oriented toward greater economic openness have resulted in a certain institutional inertia. The series of policies and norms China has been enacting lately are aimed at building an open market environment featuring greater inclusiveness and institutional fairness.

American investors’ suspicions about the Chinese government "suppressing" China concept stocks originated from the latter’s regulatory measures for monopoly internet platforms such as Alibaba. That such companies sought IPOs in the U.S. stock market was accidental: For historical reasons, foreign capital wasn’t able to be invested directly into the Chinese internet industry. Early-stage internet companies like Sina.com went public successfully in the U.S. securities market by means of the VIE framework, a practice adopted broadly in overseas IPOs of China concept stocks afterwards. The 2014 IPOs of Alibaba and jd.com in the U.S. stock market ignited a greater mass following. Many U.S. IPOs of China concept stocks have taken place after Alibaba and jd.com.

The Chinese government’s crackdown on the monopolistic behaviors of platform enterprises will create a market ecology more friendly to small and medium-sized firms, and be conducive to building a competitive business environment in the long run. Such internet companies, which went public taking advantage of overseas capital, have shared one thing in common during their rapid growth: achieving monopoly status in a specific area of the market in the shortest time, taking advantage of the mammoth domestic market and international capital and excluding other competitors through monopoly.

For example, many platform firms strangled other innovative businesses by subsidizing consumer bidding, which has to a great extent worsened the market ecology for the growth of small and medium-sized enterprises. The majority of startups couldn’t escape the destiny of being procured by industry leaders and, once purchased, their business revenues derived mostly from the industrial ecology the monopoly firm had created, which significantly reduces their motivation for innovation. For instance, many firms with enormous growth potential, such as Yoku.com, Gaode.com, Wasu.com.cn, Hundsun.com, and Ucweb.com, have lost their past momentum after being purchased by industry leaders like Alibaba.

The mobile internet industry has grown rapidly in China, but legislation and regulatory measures concerning personal privacy protection have conspicuously lagged behind. Rule-making for the new economy remains a matter of “crossing the river by feeling the stones.” We are fully aware of the massive leaks of private consumer data, but there is no law to follow. With the Data Security Law coming into effect on June 10, for the first time in history citizens’ personal information and data security has legal guarantees.

The Chinese government’s regulatory actions against DiDi were driven primarily by the need to protect consumer privacy. The impacts on DiDi, as an industry leader in the home market and a China concept firm in the U.S. stock market, have no doubt been conspicuous, but there is no substantial difference from other firms’ treatments. As of the end of July, the Ministry of Industry and Information Technology had removed 377 apps that refused rectification and reprimanded 1,407 rule-violating apps, most of which had to do with personal data security.

A perfect market mechanism must be built on the basis of a set of rules that are fair and without exceptions. Implementation of the Data Security Law was not just targeted at DiDi or other China concept stock firms in the U.S. market. Foreign investors should try to appreciate its positive significance. The should understand the conspicuous progress the Chinese government has made in introducing institutionalized, modernized and transparent governance, as well as its implications for improving the competitiveness of the business environment.

There is report that the regulatory moves had to do with DiDi sending information about domestic residents’ personal travel information overseas. If the claim is true, American investors should be more clearly aware of the importance of data security to national security against the backdrop of escalating China-U.S. tensions.

While preaching environment, social responsibility, and governance, some Westerners have evidently neglected the influences of mushrooming new social problems in the development of the Chinese market economy on sustainable development. When the Chinese government set out cleaning up the extra-curriculum teaching market, and the official media begin to condemn the harm internet games have done to youngsters, Western investors should have seized the new market opportunities presented, help China realize good governance with its own market behavior and in turn help them win popular endorsement and consumer loyalty.

The Chinese government’s crackdown on extra-curricular teaching and internet games for youth has strong societal support. Chinese families’ anxiety over their children’s education has become a significant problem the entire society has to face squarely. The exam-oriented teaching in China has worsened the “involution” of basic education. To make sure their children stand out in fierce competition, families have had to resort to extracurricular teaching by outside training institutions, in addition to spending huge sums to buy housing in fine school districts for access to better educational resources, or seeking preferential treatment in college enrollment by means of such special training classes, as for the Olympic Math Competition. Household spending on education has far exceeded that of food and medical services.

Reducing education-related burdens has been a long-standing conundrum for Chinese education. Thanks to the rigid exam regime, however, corresponding policies have undergone little change. This round of endeavors to reduce education-related burdens seems to be targeted at all-around changes. A series of policy reforms has already been initiated inside the education system, and the forcefulness is meant to tackle some deep-rooted historical problems. The present restrictions on extra-curricular teaching are an extension of the effort to relieve burdens. It deserves special mention that the current regulatory moves are not only targeted at China concept stock firms, but involve a mammoth cluster of industries.

Reducing the costs of education and building a fine educational environment are conducive to the healthy growth of younger generations. When all channels offering extracurricular teaching for basic education are closed, all parents will face fair competition and won’t be worried about unfair competition. On the contrary, they will let their children return to what they truly love, and enjoy a worry-free childhood.

Cleaning up the games industry is meant to purify the environment for the healthy growth of juniors. The harm to the juvenile population caused by games is increasingly becoming a major social issue and an outstanding parental concern.

Tackling the defects of the present education regime is conducive to society’s sustainable development. For example, facing the economic problems brought by the rapidly aging population, the Chinese government has been striving to loosen family planning policies and encourage childbearing. A core factor behind the lackluster response to the country’s latest move to encourage three-child families is that heavy education costs have suppressed young people’s willingness to have more children. Therefore, foreign-invested enterprises should look at the important societal concerns in China from a more positive perspective, and a foreign-invested firm dedicated to good governance will win more trust in the market and be a lasting source of profits.

4. Look at the Chinese government’s regulatory policies from more positive perspectives and focus on managing differences

China and the U.S. obviously have different, even utterly opposite, perceptions of each other’s policies. From the perspective of Chinese investors, the U.S. decision to suspend Chinese firms’ U.S. IPOs is evidently an overreaction. The two sides need to exert control on such misreading of policy. Once China and the U.S. are bogged down in the infinite loop of policy confrontation, financial decoupling will result in greater losses for U.S. investors.

Deepening reforms in China call for the support of continuous opening-up. The country has suffered enough from economic self-isolation, the dialectical relationship between opening-up and reform has taken root in the general public. Opening-up is an important logical support for the legitimacy of Chinese reforms, and outsiders have no need to worry about policy reversals. The Chinese government has always been proactive when it comes to opening up the financial market. It has been pushing forward pragmatic reforms targeted at opening up the capital market. The Chinese proposal of systemic openness is aimed at removing obstacles to the smooth flow of factors between the domestic and international markets and achieving high-quality economic development by utilizing “two markets, two kinds of resources.”  Although the Chinese government is fully aware that the technological and innovative industries’ over-reliance on the U.S. stock market may weaken the domestic financial market’s capacity for resources distribution — and the diversion of quality assets resulting from China concept stocks firms’ U.S. IPOs doesn’t help the building of a multilevel financial market system at home — it has given the green light to IPOs in the U.S. after all. At present, the U.S. side needs to appreciate China’s recent regulatory measures from a long-term perspective — the perspective that the Chinese government is dedicated to improving its socialist market economy.