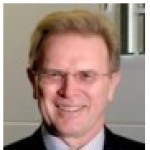 Hugh Stephens is a Distinguished Fellow at the Asia Pacific Foundation of Canada and Executive Fellow at the School of Public Policy at the University of Calgary. He has more than 40 years of government and business experience in Asia, and frequently writes or comments on Asian issues.
< 123 >   Total 22 (10 / Page)
Back to Top
CHINA US Focus 2021 China-United States Exchange Foundation. All rights reserved.