The decision by President Xi Jinping to meet with a group of top U.S. business executives in Seattle prior to his official meetings in Washington was an interesting move; going on the offense as a form of defense. Apparently Xi got an earful from those in attendance, with complaints ranging from theft of intellectual property, to forced transfer of technology to restrictions on investment. “We are working to create a new open economic system, push forward reform of foreign investment management and greatly reduce the restrictions on foreign investment,” Xi is reported as saying to the gathered executives. 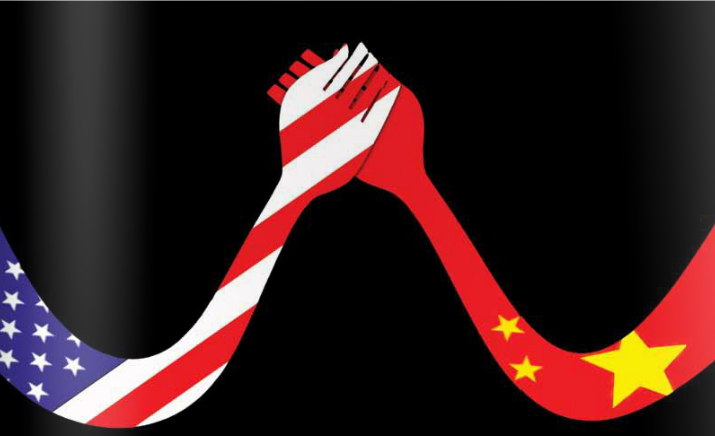 As good as these words sound, they both mask and reflect the reality that China imposes a much wider range of restrictions on U.S. investors than is the case for Chinese investment in the U.S. This unbalanced playing field is supposed to be addressed, at least in part, by the U.S.-China Bilateral Investment Treaty (BIT). The Xi visit offered an opportunity to drive the BIT through to completion, and prior to the visit Chinese media had touted the need to conclude the treaty, quoting the Ministry of Commerce as saying that it hoped there would be progress on BIT negotiations in the lead up to the visit. However, it seems there were still too many unresolved issues to conclude the deal despite the fact that conclusion of the BIT would help China to advance its economic reform goals. It was reported that the Chinese are still seeking to reserve 35-40 sectors where they would withhold national treatment for U.S. investors. This is a non-starter for U.S. business, which has chafed under growing restrictions on doing business in China, even as many companies have become more and more dependent on the China market for growth.

There was hope that the Xi visit would provide the impetus for a breakthrough on the issues that have dead-locked the BIT negotiations, specifically Chinese insistence on continuing to keep large parts of the Chinese economy off-limits to foreign investors, or at least denying them equal treatment compared to domestic investors. The recent economic uncertainty that roiled the Shanghai stock market in August, combined with ongoing economic problems such as a growing real-estate bubble which affects wide sectors of the economy from consumers to construction to banking, difficulties in implementing reforms of State Owned Enterprises (SOEs) and a general slowing of economic growth provides ample reason for Chinese economic planners to push forward with a greater opening of the economy, as indeed Xi promised in his meeting with US business leaders. It is predicted this year that Chinese outward investment could exceed inward investment flows for the first time. According to the Ministry of Commerce, China’s foreign direct investment (FDI) for 2014 rose only by an annual 1.7 percent (to a record $119.56 billion), while outbound direct investment (ODI) surged 14.1 percent to a new high of $102.9 billion.

This is explained by several factors, including the growing maturity of China’s economy, which has led many of its private and state-owned companies to seek expansion by investing abroad, but is also a result of a slowdown in inward investment. China faces difficult challenges as its economy shifts from being primarily a high growth, export-led economy to a more mature, albeit slower growth, economy driven in large part by domestic consumption and focused more on innovation and services than on low-wage manufacturing. This shift is necessary to move China through the “middle income trap” challenge and to mitigate the byproducts of its unparalleled growth spurt, such as a growing income divide, unsustainable demands on scarce natural resources such as water and land, and environmental degradation that ultimately could threaten political stability. At the same time, political stability also depends on delivering economic well-being to China’s huge population and meeting the expectations of a growing middle class with regard to job creation and quality of life. Inward foreign direct investment has played a huge role in China’s spectacular growth, and China will continue to need inflows of capital, technology and ideas, as well as the healthy competition that foreign investment provides. Concluding the outstanding BIT negotiations with the U.S.—and moving to do the same with the EU—would provide China with a necessary fillip to help keep economic reform moving.

The fact that China was unwilling to bend a little in order to meet the concerns of foreign investors is unfortunate. Instead, China resorted to the tried and true formula of an off-the-shelf buying spree, in this case an agreement-in-principle to purchase up to 300 Boeing planes over the next few years in a deal reported to be worth $38 billion in return for a Boeing decision to make a major investment in China to finish many of its planes there, its largest industrial expansion to date outside the United States. The decision did not meet with unanimous approval; unionized workers at Boeing protested the offshoring of manufacturing jobs to China, although Boeing needs to do this to compete with Airbus, which already assembles planes in Tianjin.

The BIT, however, is by no means dead. The Fact Sheet on U.S.-China Economic Relations produced by the White House at the conclusion of the Xi visit stated that both sides made “positive progress” (is there such a thing as “negative progress”?) on the ongoing BIT negotiations. The two leaders reaffirmed as “a top economic priority” the negotiation of a “high standard” BIT that reflects non-discrimination, fairness and transparency, and that effectively enables market access through an open and liberalized investment regime. According to the White House, both sides improved negative list proposals (i.e. narrowed the list of sectors where foreign direct investment will continue to be restricted) and both sides committed to intensify the negotiations to conclude a mutually beneficial treaty.

The Fact Sheet noted a number of other areas where the two sides also made progress on economic issues. While not having the level of profile of the agreements on cybersecurity and climate change reached by the two leaders, nonetheless there were commitments to strengthen cooperation with regard to the existing Bretton Woods institutions, and an acknowledgement that “new and future institutions” (code word for the Chinese backed Asia Infrastructure Investment Bank-AIIB) are to be “properly structured and operated in line with the principles of professionalism, transparency, efficiency, and effectiveness, and with the existing high environmental and governance standards…” Whether this will be enough to convince the U.S. to soften its opposition to the AIIB remains to be seen. There was also reference to future inclusion of the RMB as an international currency, and a mention of further discussion of mechanisms to facilitate RMB trading and clearance in the US. These are all future steps down the road on an unfinished economic agenda, an agenda that notably includes completion of the BIT.

While Chinese leaders can convene the rich and powerful and spread largesse through billion dollar purchases, such as at Boeing, at the end of the day they need foreign capital and know-how just as much as U.S. and foreign companies need Chinese customers. The BIT is an essential element to provide long-term predictability and security to U.S. investors in China. Its completion in turn will help China to continue to restructure its economy, and ensure continued two way investment flows. It is unfortunate that the two sides could not come to an agreement in time for it to be announced during the Xi visit. Such visits are often the catalyst that allows the respective bureaucracies to finally take their eyes off the trees and see the larger forest, and to achieve difficult breakthroughs from the infusion of political will. Although this did not happen this time, the prospects are good for eventual completion of the BIT for the good and simple reason that such an agreement is needed by both sides.