President Xi Jinping and his US counterpart Donald Trump had their first face-to-face meeting at Mar-a-Lago resort in Florida in April, a comprehensive and in-depth exchanges of views on bilateral relations as well as major international and regional issues. The meeting reaffirmed the importance of economic and trade ties to the two nations and the world as a whole, and the two leaders reached consensus on establishing the mechanism for high-level, comprehensive economic dialogue. This will be conducive to strengthening mutual trust, reducing economic and trade frictions, lowering uncertainties in the global economy and finance, and charting the course for future development of China-US relations in decades to come. 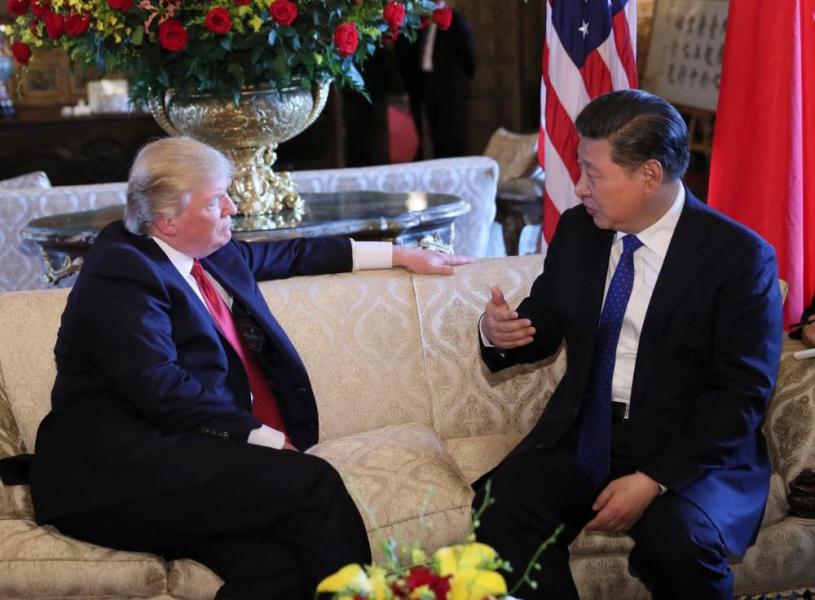 The China-US economic and trade relationship is characterized by mutual benefits and win-win results. As each other’s biggest market and partner, China and the United States are bound to expanding their economic and trade cooperation. One important achievement of the Xi-Trump summit was their agreement to launch the “100-day plan”, which was meant to provide a “buffer zone” for settling trade frictions. As the largest developing country in the world and the largest developed economy, and with two-way trade valued at nearly $520 billion, China-US relations are certainly the most important economic ties in the world. In 2016, China-US trade amounted to $519.61 billion, more than 210 times the size 38 years ago when diplomatic relations were established. Today, the amount of two-way investment exceeds $200 billion. Recent China-US trade disputes have become concerns for many countries, as they worry about any spillover effects from China-US trade conflicts. With the launch of the 100-day plan, the two sides will conduct trade negotiations and assessments, work to narrow the trade imbalance, and try to avert any outburst of trade conflict.

However, we should not overlook many potential problems. There are still obstacles in China-US economic and trade relations, and some hidden factors that might lead to trade frictions or even a trade war are yet to be eliminated, so managing trade ties will be very challenging. It is virtually impossible to solve all related problems in just 100 days, so it is advisable to prevent impact of possible restrictive policies that the Trump administration may adopt in the future. For instance,  US trade representative Robert Lighthizer would assess the tools China applies in tackling the glut in steel and cement production, and tensions in those sectors are still high. Therefore, against such a policy backdrop, China and the US need to have a future-oriented strategy about their trade and economic relationship.

There are complicated and multifaceted reasons for the China-US trade imbalance, and the issue should be viewed objectively from different perspectives, such as global division of labor, industrial layout, and the stages of the two nations’ economic development levels and economic structures. On one hand, multinational corporations from the US are important stakeholders in economic and trade activities between China and the US, have played an important role in promoting bilateral cooperation in the past years, and are now working as boosters for economic and trade cooperation amid the globalization process of Chinese companies.

US business and industry circles have shown keen interest in cooperation within the framework of the Belt and Road Initiative. For instance, the Export-Import Bank of the United States has voiced its strong desire to take part in the construction of the Belt and Road, and has cooperated with global export-import banks to form a financing network to provide credit and financing services for infrastructure construction worldwide.

China-US economic and trade relations should certainly look beyond the 100-day plan. For broader prospects for cooperation, it will mutually benefit China and the US to deepen economic, industrial and trade cooperation, vigorously promote the integration of production and innovation resources, lift restrictions on high-tech exports, and push for closer and deeper cooperation in high-tech markets. The two sides also need to gradually eliminate investment barriers and various discriminatory policies on investments, adopt open investment policies and treat all investors fairly and equally within the framework of laws, speed up the BIT talks, start talks for a broader bilateral investment and trade treaty when conditions are ripe, and inject new vigor for growth through third-party market development under the framework of the Belt and Road Initiative.