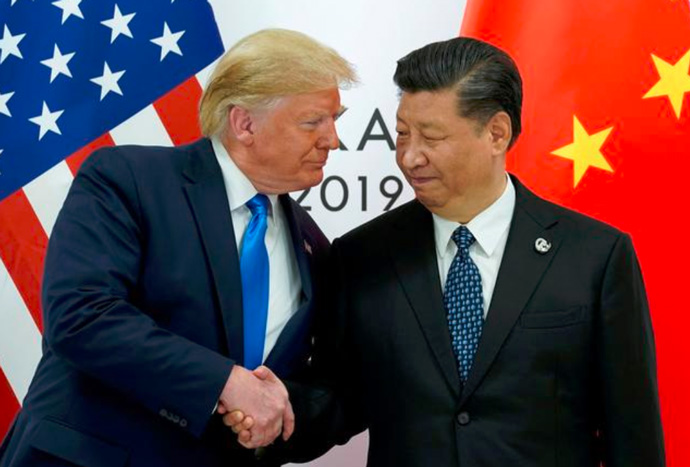 Western perceptions of China have always been conflicted. In the 1990s and 2000s, debates centered on whether or not China would fully join the liberal international order and become a “responsible stakeholder.” Conversely, China hawks perceived a fundamental challenge to the United States, arguing that China would act as a “revisionist” power seeking to overturn the established order.

By 2015, it became apparent that the previous US policy of engagement with China had failed to gain prominence. The debate irrevocably shifted. Very few in Washington DC continue to argue that China could join the liberal international order as a responsible stakeholder. The debate is now centered on how to face the new challenges that the rapid ascendance of China’s political economy creates: should the US fully decouple from the Chinese political economy and pursue a containment strategy a la the Cold War? Or should Washington more forcefully pressure China to conform to certain rules, ideally in coordination with other major powers?

Despite this change in the debate and the growth of adversarial policies vis-à-vis China, Western analyses about the origins of the Chinese challenge continue to be misleading and incomplete. Without understanding the nature of the challenge, it becomes difficult to design effective policies to face it. The nature of China’s increasing global power is best seen as situated in the realm of political economy, namely the emergence of a new form of capitalism centered on China that is global in reach, yet differs deeply in its organizing principles and ideology from the established forms of capitalism in Europe and North America.

I term this new form of capitalism “Sino-capitalism.” It is a form of capitalism that incorporates, first and foremost, a bigger role for the state. Markets are seen as potentially efficient tools to create competitive pressures, allocate goods and services, and upgrade the economy. But this is only to the extent that markets do not display chaotic tendencies and create large externalities. The market has to be “governed” by an activist and, at times, an intrusive state.

State coordination and control, however, are balanced by an increasingly influential and sophisticated Chinese private sector. All major technology innovation is now in large part driven by private entrepreneurship. Although Huawei certainly has close relations with the Chinese party-state, it is still a private company built by private initiatives and entrepreneurship. Under Sino-capitalism there thus exists a unique balance or dialectic of two countervailing forces: top-down state control versus bottom-up private initiative and entrepreneurship.

As a result of this arrangement, Sino-capitalism incorporates both liberal (in the economy) and heavily state-guided elements. It is a major economic force to be reckoned with, but it is by no means a revisionist power seeking to overturn the present order. China’s economy depends on a healthy global economy and the rules and norms that govern it.

Even using “selectively revisionist” to describe China is misleading. Certainly, there are aspects of the liberal international order pertaining to human rights and the spread of liberal democratic principles that China vehemently opposes. But Beijing has worked to constrain and redirect these activities, not to overturn established institutions. Policies aim to transform the international order slowly to conform better to Chinese interests.

This is most evident in the global political economy. Here there are no major institutional arrangements that China wants to overturn wholesale – the preferred method is to exert influence from within, as China has been able to do successfully at the United Nations. If this method is inhibited, such as with the governance arrangements of the World Bank and the International Monetary Fund, the new institutions China builds (e.g. the Asian Infrastructure Investment Bank (AIIB)) actually resemble established institutions in both set-up and ideational outlook.

If China approaches the norms and institutions of the liberal international order with merely a reformist agenda, what, then, triggered the big shift in attitude towards China in the West? Some trace the shifting image of China in America to the election of Donald Trump as US President, but it predates that. Others see the rise to power of Xi Jinping and his New Era/China Dream rhetoric as triggering the shift. In this view, the Chinese Communist Party’s (CCP) skepticism and denial of “western concepts” such as constitutionalism, liberal democracy, and civil society foreshadowed China’s own version of decoupling that is now coming to fruition, even if the US is the aggressor.

This perspective is not incorrect, but it omits two highly significant factors. First, even though the state has been more in control over economic matters under Xi Jinping, economic reform has progressed. Many of the initiatives over the past years have sought to further regularize and institutionalize Sino-capitalism, a progression that is common in all cases of economic development. And in quite a few policy arenas, substantial liberalization (or market reform) has taken place, including in the power generation sector and, most importantly, in finance.

Second, for China to overcome the middle-income trap and create a prosperous society depends on the vibrancy of the Chinese private sector. In many key areas of research and development, including IC chips, Artificial Intelligence, alternative energy, electric vehicles, the Internet, etc., the Chinese private sector is at the forefront of innovation. For sure, the state subsidizes and supports a lot of private activity, creating a symbiotic relationship between the state and private firms, which could also be seen in South Korea and Taiwan at this stage of development. However, this does not mean that the CCP is subverting the private sector into an appendage of the state.

Simply put, the Xi Jinping era continues to see the co-existence of top-down state guidance and bottom-up private initiative. Although the activism of local governments has been constrained, and many traditional sectors of private industry are suffering from an onslaught of new regulatory enforcement in areas ranging from the environment to labor, the CCP continues to depend on the health of private entrepreneurship. In other words, Xi Jinping’s program of rejuvenating the Chinese nation and realizing the China dream are intimately linked with the vibrancy of private capital accumulation.

What is occurring in China are within-system reforms to strengthen the role of the state while at the same time improving conditions for private enterprise, especially those at the technology frontier. While there has been a substantial political shift since the beginning of Xi Jinping’s rule, the souring of the mood in the West cannot solely be traced back to this shift. The basic logic of China’s political economy has not fundamentally changed.

Rather, the key factor reshaping Western views of China is the growing size and global impact of Sino-capitalism. Call it the “Sino-capitalism shock!” China is now omnipresent in global economics, be it in finance, industry, or technology. Therefore, to some extent, the change in the Western mood reflects a more realistic assessment of China’s potential future. Yet, the resulting debates are still dominated by one-sided views conjuring up nefarious images of a form of state capitalism unfairly stealing technology or an inefficient state-dominated behemoth bound to collapse.

As China’s economy continues to develop, the West, especially America, will need to learn to live with a major political economy containing a form of capitalism quite unlike any history has produced. Pressure can be put on China to reform its economy to level the playing field and create opportunities for Western businesses. However, seeking a wholesale overturn of the system or hoping that it will collapse in the near future conveys a deep ignorance about how Sino-capitalism works and China’s future potential.

China’s EconomyChina Model
printTweet
You might also like
Back to Top
CHINA US Focus 2021 China-United States Exchange Foundation. All rights reserved.