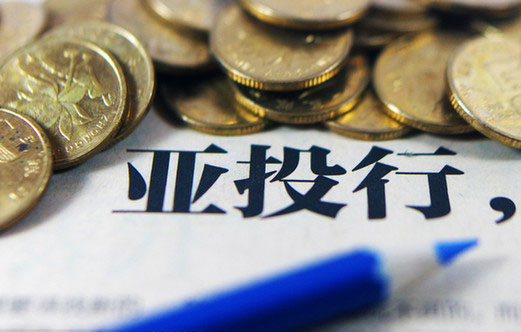 As the Asian Infrastructure Investment Bank (AIIB) attracts more and more countries — many of which representing America’s strongest allies in Europe like Britain, France and Germany — people have begun blaming the U.S. for a reality it doesn’t want to see. For many years, the U.S. has been blocking the reform of international financial institutions, most importantly among them, the International Monetary Fund (IMF). Its quota allocation still doesn’t reflect the changes in world economic development. To a certain degree, that is why China initiated the establishment of the AIIB. As a matter of fact, G20 countries have long reached an agreement on a reform plan of the IMF that allows countries like China to have an increased quota so that they can have a greater say in the organization’s decision making. The Obama administration has repeatedly asked Congress to ratify the reform package, but obviously, the U.S. Congress does not have the interest in doing so, eliciting fierce criticism both home and abroad. Christine Lagarde, the managing director of the IMF, said last October that she hoped the U.S. Congress, “will understand the relevance of having an IMF that is representative of the global economy and includes the people that should sit at the table.” Earlier this month, people heard Jacob Lew, US Secretary of Treasury, complain to Congress that “we are seeking Congressional approval of the IMF quota and governance reforms,” and as Congress keeps delaying, “our international credibility and influence are being threatened.”

For years, the Obama administration has emphasized the importance of competing with rising powers like China over international systems and institutions. They correctly see the megatrend of international relations and the character of major power relations. Soft power, such as the ability to make and control rules that members of international community follow, is becoming more and more critical in world politics. That’s why the U.S., for the past several years, has been pushing hard the building of Trans-Pacific Partnership (TPP) in Asia as an integral part of its “rebalancing toward Asia” strategy, and Transatlantic Trade and Investment Partnership (TTIP) in Europe, while at the same time trying to get involved in all kinds of regional mechanisms in the Asia-Pacific. America wants to be sure that it is not excluded from the region and that a change of regional order does not hurt America’s position as a regional leader.

With the second largest economy in the world, it is natural that China wants to play a role in international system in accordance with its increased power, contributing more to the development not only of itself but also others. Facing the difficulties in the reform of international economic institutions like the IMF, China, together with other countries, has made an effort to establish international financial institutions like BRICS Development Bank and the AIIB to meet the financial demand for further development, while the U.S. is not at the center of these newly created institutions. However, when it comes to the leadership of the international system, no one can compare with the U.S. Objectively speaking, America is still No. 1. in today’s world: since the end of WWII, most of the important political and economic multilateral institutions are America-made, and the U.S. still plays a leading role in them. American values, principles, and interests are to a great extent reflected in today’s international system. For decades, regardless of the changes happened in world politics, the U.S. retains primacy in the international system with the support of most of the developed countries and many of the developing countries. Even today, China, who is seen by many as the top challenger to the U.S.-dominated system, sincerely believes that generally the system should be maintained and overthrowing it is not in China’s interest.

However, it is widely accepted that America has its own problem when interacting with the world. U.S. foreign policy has always been frustrated by isolationism, self-centeredness, and ignorance of the change in the world. Congress, as a branch of the U.S. government, is more likely to be seen as a representative of this kind of sentiment. From a historical perspective, the refusal of IMF reform is definitely not an isolated case of the U.S. Congress tarnishing the country’s leadership on the international stage. As early as the end of WW I, U.S. Senate refused to ratify the agreement President Wilson negotiated with European powers and America lost the opportunity to play a leading role in world politics for the first time in history by not joining the League of Nations. Even in the second half of the twentieth century when the U.S. was in its heydays of world leadership, Congress didn’t stop playing a negative role to interrupt the country’s international behavior. For example, people like Jesse Helms, the longtime Chairman of U.S. Senate Committee of Foreign Relations, were so hostile to the United Nations, the most important international organization in modern world, that they threatened to cut U.S. funding．

So what we see today is, on the one hand, the Obama administration clearly understands the urgency for the U.S. to be more active in creating, shaping and reforming the international system and international mechanisms, and they are working very hard, pushing America’s allies and partners to follow suit. Deep thinkers like Henry Kissinger are reminding people of the profound changes in the world order and the importance for America to take the lead. On the other hand, a strong domestic consensus in still not in place, and because of obstacles in its political system, America just cannot act in an efficient way.

Liberal scholars who believe the role of international institutions and economic interdependence like G. John Ikenberry have long argued that a world system made by America and supports the values of America will work even if America itself is no longer in the driver’s seat and countries like China take that position, so long as the rules don’t change. Obviously, for America as a country, this is a hard sell. It is still very difficult for Americans, both those who support America’s engagement with the world and those who don’t care so much about the country’s relations with the international system, to imagine a world in which others take the leadership is in America’s own interest. For many Americans, represented by members of U.S. Congress, it is the most important thing that America stays as the leader, whether the system and the institutions truly represent those idealistic values doesn’t matter so much, or, only America can hold those values and principles while others just cannot. America still has time to develop the consensus and the wisdom necessary to strike a balance between America’s leadership in the international system and the demand of others to have enough space not only to survive in the system but also to prosper. As they prosper, their voices will be heard and their interest will be considered. For the international system created by America to survive the tremendous change the world is undergoing, others need to be assured that they also have the opportunities in it and they have something to offer, and America still has a lot of homework to do.