Is the US Taking a Moderate Tack at the Expense of Food Safety?

Since 2001, when China’s “Going Out Policy” of targeting foreign countries and enterprises for investment began in full force, the U.S. government has cast a skeptical eye on mergers and acquisitions involving strategic industries or jumbo-sized deals. Yet a key federal committee has just blessed what would be the largest-ever Chinese overseas investment, the $43 billion takeover of the giant farm pesticide and seed corporation, Syngenta. In doing so, the government is taking a more discerning stance on China’s overseas capital movements, showing acquiescence when issues of national security or key resources are off the table. In doing so, however, it may also be taking a risk with American food safety. 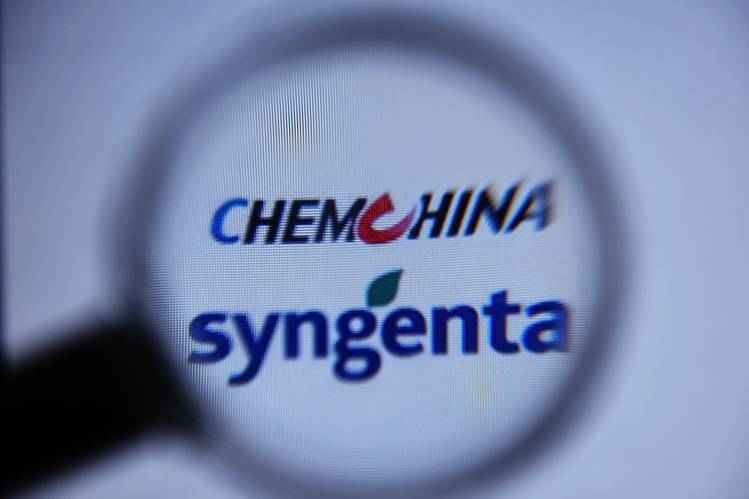 On August 22, the regulatory Committee of Foreign Investment in the United States (CFIUS) approved the state-owned China National Chemical Corporation (ChemChina) bid to buy the Swiss company. Though the deal still needs to pass several other countries’ antitrust scrutiny, the review was one of the biggest hurdles for the acquisition. Syngenta plays an important role in American agriculture: some 10% of U.S. soybean seeds come from Syngenta, and last year the U.S. and Canadian markets together accounted for about 27% of the company’s global sales.

American government officials have not always been so tolerant of Chinese overseas acquisition moves. In 2005, the state-owned oil giant CNOOC withdrew its $18.5 billion bid for the California energy firm Unocal, in the face of attacks by members of Congress and expected opposition from the CFIUS. More recently, in early 2016 fears of CFIUS disapproval led Fairchild Semiconductor International to turn down an acquisition offer from a group led by two Chinese firms in favor of an American company’s existing bid. Beijing’s Unisplendour Corp. pulled out of an attempt to buy 15% of disk drive maker Western Digital Corp. for $3.78 billion when it learned the Committee intended to investigate the deal.

But many if not most of the scotched buyouts were for either vital natural resources or important technological components. One large takeover that was consummated, and seems have had positive results, was in the deli foods industry.

In 2013, Chinese food giant Shuanghui International Holdings took over the American company Smithfield Foods for $4.7 billion. At the time, U.S. senators expressed concern that Chinese control of the company that makes Amour hot dogs, Nathan’s beef franks, and Krestchmar cheeses would threaten American food security. Workers and residents of Smithfield, Virginia, worried about job losses and the impact on their town’s economy.

This story, however, seems to have had a happy ending. According the Chicago Tribune, by mid-2016, the Chinese owners had expanded Smithfield’s work force by more than 1000, up to almost 39,000, and raised capital spending in 2015 to $313 million, up 24% over the previous year. Moreover, the company kept its promise not to cut workers’ wages and benefits, and to keep Smithfield’s headquarters in its Virginia home. To date, there have been no publicized cases of product quality or safety issues since the acquisition.

Concerns about food safety should not, however, be trivialized. China has been plagued in recent years by domestic scandals involving tainted agricultural products. In 2004, dozens of Chinese babies died as the result of consuming fake powered milk. Four years later, Chinese infants were again poisoned by formula laced with melamine. In 2014, a Shanghai food company sold expired meat to fast food companies including McDonalds, KFC, and Starbucks.

While Chinese food and farm product companies likely have greater regard for international markets, tainted Chinese meat dumplings marketed in Japan in 2008 sickened hundreds of Japanese people. In the wake of the CFIUS approval of the Syngenta takeover, Senator Charles Grassley expressed concern over ensuring a safe food supply in the U.S. He stated “the fact that a state-owned enterprise may have yet another stake in U.S. agriculture is alarming.”

Chinese consumers, sensitized by what they see as a lack of effective government control over food safety, may themselves have reservations about the Syngenta takeover. Time magazine cited a report that 84% of Chinese responding to a survey considered the kind of genetically modified (GMO) crops Syngenta has pioneered to be unsafe.

As for the larger picture of increasing overseas Chinese corporate takeovers in the U.S., the trend only seems to be accelerating. Significant acquisition deals by Chinese companies, though smaller than the proposed Syngenta takeover, are already adding up to large movements of capital to the U.S. In 2012, China’s Wanda Dalian Group bought AMC theaters for $2.6 billion. In 2014, Anbang Insurance Group Co. purchased New York’s Waldorf Astoria hotel for $1.95 billion. For all of 2016, Chinese firms are projected to spend $50.8 billion on U.S. acquisitions, up from $34.8 billion in 2015.

Concern over Chinese investments echoes anxiety over Japanese acquisitions of U.S. assets such as Rockefeller Center and Columbia Pictures in the late 1980s. Over many years, however, Americans have grown to accept and trust Japanese investment in iconic properties and corporations. If Chinese investors can develop a similar track record, U.S. approval of more sensitive buyouts may be forthcoming.

With the approval of the Syngenta deal, the American government seems to be showing where its red line on Chinese acquisitions currently lies: sophisticated technology and key raw material resource buyouts will raise alarm, but transactions in what are seen as non-security fields, such as food and related agricultural industries, will be allowed, no matter how many dollars are involved. The CFIUS is trusting that the Chinese takeover will not affect American food safety. Given the record of ventures such as Smithfield, this confidence could be warranted. But considering China’s internal food safety record, some caution may be in order.